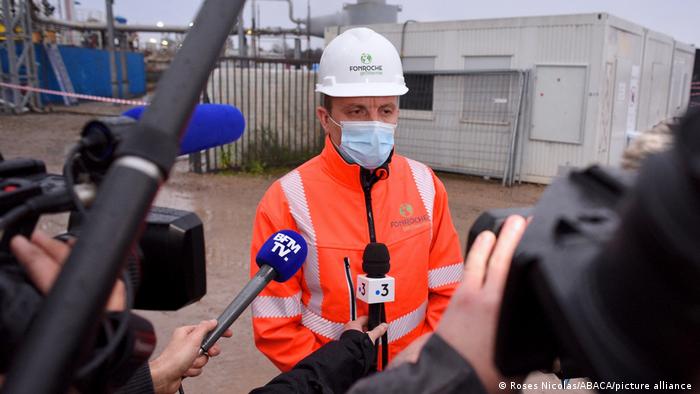 Residents in western France and southwestern Germany on Friday reported a minor earthquake with a magnitude of 3.5.

The operator of a geothermal power project in the Alsace region, Fonroche, said it would halt operations after a second quake, at magnitude 2.8, amid accusations that its work was to blame.

The two minor quakes came after a series of less intense tremors recorded over the past 13 months which have been linked to the energy project.

The quakes were felt across the border in Germany, with officials in the state of Baden-Württemberg saying they had received hundreds of reports and queries about the jolts from residents.

France's National Earthquake Monitoring Network classified the 3.5 magnitude quake, which occurred at 6:59 a.m., as having been caused by human activity. The epicenter was about 10 kilometers (6.2 miles) north of Strasbourg, near a site hosting a geothermal power plant project led by Fonroche.

The website of French newspaper Le Monde reported that two wells had been dug at the site to a depth of 5 kilometers to pump hot water from underground to exploit its energy potential on the surface.

The office of the prefect, a central government representative responsible for France's Lower Rhine region, called for the operations to be halted. The geothermal project was a major pillar in the area's transition strategy to more sustainable energy sources.

"The protection of people is the first priority of the prefect," said a tweet from the office.

A spokesperson for Fonroche confirmed to French news agency AFP that the tremor was related to its activities. In a press release, the company announced the launch of a procedure to gradually reduce the flow of water in the wells, towards a "total stop."

The procedure "will take about a month," Fonroche said.