For many Hondurans, the dream of a better life outweighs the danger of journeying north to the US. They flee poverty, desperation and corruption, and keep their families afloat by sending money from their new homes. 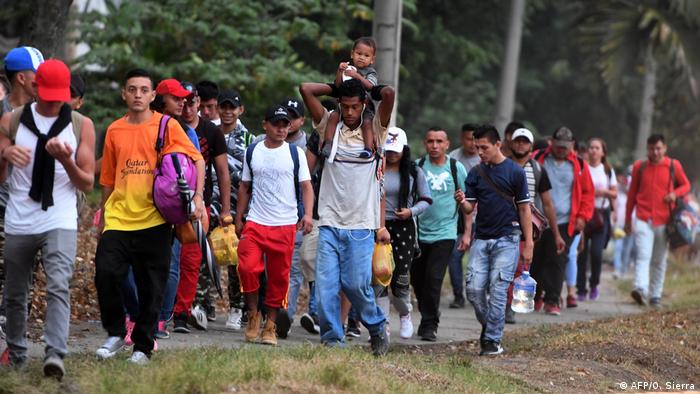 Angel Eric Brandon says he has tried to get into the United States four times. Once he was caught by Mexican immigration authorities, once he was kidnapped by the Zetas drug cartel, and the last two times it was US border patrol agents that picked him up and sent him back home to Honduras.

The 25-year-old laborer with a boyish face recounts his tale as if it was the most normal thing in the world. Months spent in cold prisons waiting to be deported, human traffickers who earn extra cash selling migrant girls into a life of forced prostitution with criminal cartels, stowaways whose arms or legs are cut off when they fall from cargo trains.

Brandon has also crossed the Rio Grande twice. "It has some pretty tricky currents," he says. "Traffickers either give those who can't swim truck tire inner tubes or stretch out a rope for them." Brandon says those who can't afford to pay traffickers put their lives on the line — not only there, but along the entire dangerous route north.

But first migrants have to be able to pay a trafficker. Brandon says his family had to pay $10,000 (€8,800) for each of his last two trips — with no guarantees. "The price has now gone up to $12,000, because Mexico has militarized its border, too, so you need traffickers to get across the border river between Guatemala and Mexico," he says. That used to be the easiest part of the trip — for a couple of dollars, a person could climb aboard one of the rafts ferrying people, drugs and contraband to the other side.

Brandon is now working in Tegucigalpa again, where he repairs escalators and elevators. He will keep doing so until his family scrapes together enough money to pay for his next attempt to get into the US. 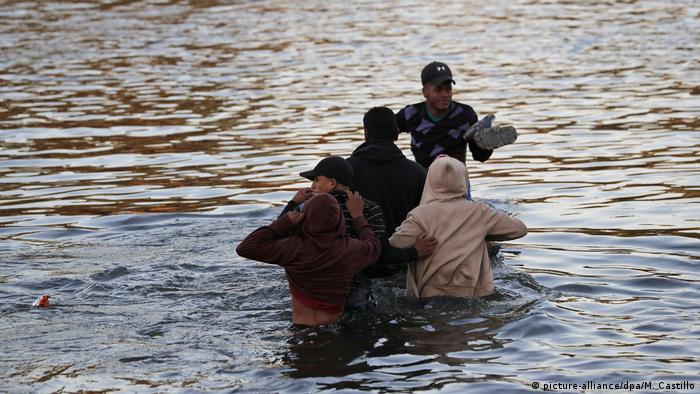 The dream of a better life

So why does he repeatedly take such risks? Brandon laughs when he is asked the question — the answer seems so obvious to him. "I want a better life." That means a wage that not only keeps you from starving, but might even pay for a house, a moped or a cellphone. A steady job with insurance coverage so that you don't have to bring your own painkillers and bandages to the operating room when the state health care system doesn't cover them. And something else that money can't buy — togetherness. Brandon's mother and two siblings have been in the US for years, and he misses them terribly.

"Those who want to go to the US won't be dissuaded by Trump's wall nor his deterrence campaign," says Liliana Flores, referencing the TV and radio ads that the government is using aid money to broadcast. Flores should know, for more than a decade she has been in charge of a program that teaches poor youths business skills. Financed by the business association COHEP, the program also provides stipends and startup credit for those going into business for themselves.

Some 450,000 young Hondurans have already completed the program. That is a drop in the ocean, and Flores says it sometimes feels as if she is fighting a losing battle. Recently, the business association teamed up with outside advisors and private universities to develop a two-track training program for auto mechanics. Yet the government office responsible for approving the plan rejected it, asking Flores: "What do we need that for?" 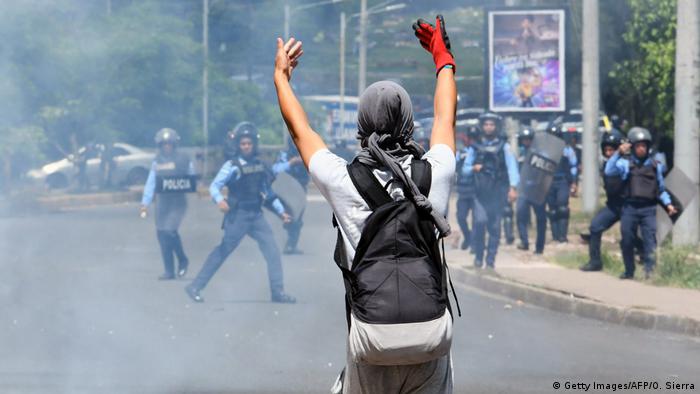 A few big companies control everything

Honduras is a country with a young population; 43% of citizens are under the age of 19. Each year, hundreds of thousands of them enter a job market offering little more than low-paying jobs in agriculture, the service industry or manufacturing.

Many sectors — such as construction or energy — are controlled by a handful of companies owned by a tiny group of elites. They live off government contracts and corruption is pervasive. Moreover, local agriculture is not competitive enough to compensate for all of the subsidized US agricultural products that flood the country, and, thanks to a free-trade agreement, are imported tariff-free.

Read more: With Honduras in crisis, calls grow for president to resign

The wealthy live from state patronage, while the poor live from money sent home from relatives who have managed to get out. A dwindling middle class is being ground down between those two extremes. Hondurans abroad earn more than $4 billion each year for their relatives — money that flows into the banks and shopping malls, and not into education or infrastructure.

Honduran author Juan Ramon Martinez calls this the "export the poor" business model. But what happens when the migration valve is shut off? That's the case not only in Honduras, but also in neighboring countries like Guatemala and Nicaragua — social pressure builds and builds, but how long will the lid stay on?