Around 250 children have been moved from a squalid detention center that was lacking in food, water, and medicine. Customs and Border Agency commissioner John Sanders has resigned his post amidst the backlash. 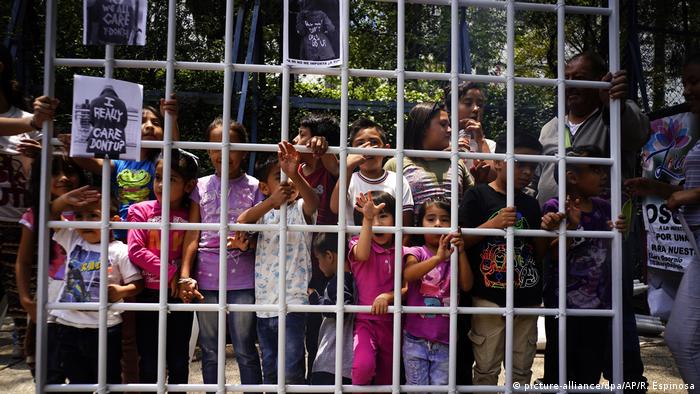 The acting commissioner of the US Customs and Border Agency (CBP), John Sanders will be stepping down on July 5, amidst widespread criticism of the agency's treatment of refugee children at the US-Mexico border, the New York TImes reported Tuesday.

John Sanders has only led the agency since April, having been appointed after President Donald Trump's Department of Homeland Security reshuffle.

At the same time, the CBP announced that 250 migrant children would be relocated from a squalid Texas border patrol station, where they had been held for weeks without adequate food and water, and without necessities like toothpaste and toothbrushes.

An attorney who visited the facility said that children were having to take care of babies themselves in the absence of childcare professionals. They also reported that sick children were not receiving adequate care.

The camps where migrants are being held under the Trump administration's hardline immigration policy and campaign against the right to claim asylum have been called "concentration camps." They have drawn intense criticism because of their derelict conditions and lack of access to services.

US House Democrats have said that they plan to pass a $4.5 billion emergency aid package to address the rapidly deteriorating conditions at the border. The bill is expected to pass the Democrat-controlled chamber, despite objections from some progressive Democrats that too much money is being allocated to law enforcement over shelters.

As lawmakers rush to add language that would enshrine better health and nutrition conditions at border facilities, President Trump has threatened to veto the bill, despite requesting the aid package himself. He says the provisions added by Democrats would make the border "less safe."

The US president's use of social media to propose, then postpone, a mass deportation has led to a state of uncertainty in Mexico. Migrants are on tenterhooks, waiting for the next Twitter outburst. (24.06.2019)

US President Donald Trump has unveiled a new immigration policy that aims to increase the proportion of skilled migration to the United States. But the plans have set a potential collision course with Congress. (16.05.2019)