Andres Manuel Lopez Obrador's presidency has hit a wall. An immigration agreement he struck with the United States is under fire from his own party, and has damaged his popularity in Mexico. 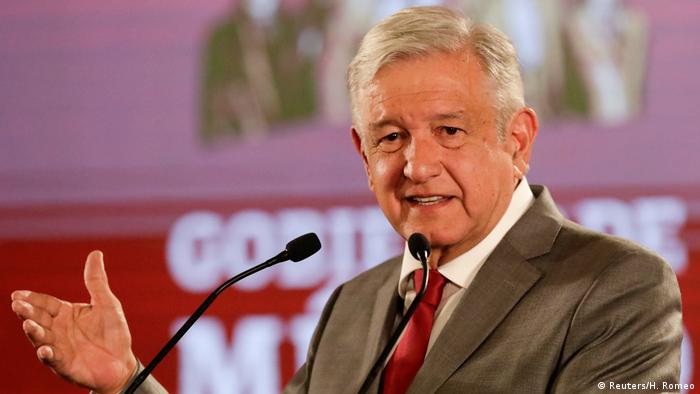 Criticism from within his own party ranks, resignations, a loss of foreign policy autonomy and domestic popularity mark the first serious crisis for Mexican President Andres Manuel Lopez Obrador. At the beginning of June, Lopez Obrador agreed to deploy the National Guard for immigration enforcement to avoid tariffs threatened by the United States.

"He has given US President Donald Trump a propaganda victory," Max Kaiser, a political scientist and founder of the Center for Business Ethics and Integrity, told DW. "Trump can now justifiably tell his voters that he has knocked down Mexico and turned it into a wall against migrants."

It's not easy to negotiate with Trump, a man who doesn't even follow his own rules, Kaiser said. All the same, Mexico could have acted differently instead of taking the threatened punitive tariffs at face value from the start, he argued — in particular since not even the Republicans wanted to join Trump in this customs crusade and most economic experts felt a 5% tariff would have been bearable.

Mexico's economy is ailing and that is Lopez Obrador's weak spot, Kaiser said, adding that Trump's team recognized and exploited this weakness. In the face of national and international uncertainty, the economy has cooled considerably; economic experts expect no more than 1% growth this year. The fact that Mexico has given in doesn't mean the situation will relax, Kaiser said. "Trump is now in charge and will happily harp on that until the US elections."

The agreement stipulates that within 45 days the US will monitor whether Mexico is doing enough to combat immigration, and otherwise reserves the right to impose sanctions.

It's a "historic step backwards," according to Ruben Aguilar of the Afan political consulting firm. Mexico, he said, has so far always refused to negotiate the economy, security and immigration as a package with the US. "The pact enables the US to achieve what it renounced more than half-a-century ago, namely to exert direct influence on Mexico's domestic policy through foreign policy agreements."

Businesses that sell goods for which the borders remain open are the winners of the dispute, Aguilar argued. Some 80% of Mexican exports go to the US. But even this could turn out to be a short-term victory, as the dispute over Mexican tomatoes shows. US border guards want to control every bit of cargo, which would lead to trucks standing in line for days, Mexican exporters say.

The agreement under which Mexico must house asylum seekers for the duration of their proceedings and militarize its southern border triggered a domestic political earthquake. The head of the immigration authority, Tonatiuh Guillen, resigned. Foreign Minister Marcelo Ebrard, who had negotiated the agreement, faced questioning in Mexico's Chamber of Deputies, including by lawmakers from the ranks of the governing left-wing MORENA (Movement for National Renewal) party. Porfirio Munoz Ledo, president of the Chamber of Deputies, reminded lawmakers that the National Guard's job is not hunting migrants, but domestic security. He also put the foreign minister in his place, chiding him for inappropriately taking on domestic political functions. 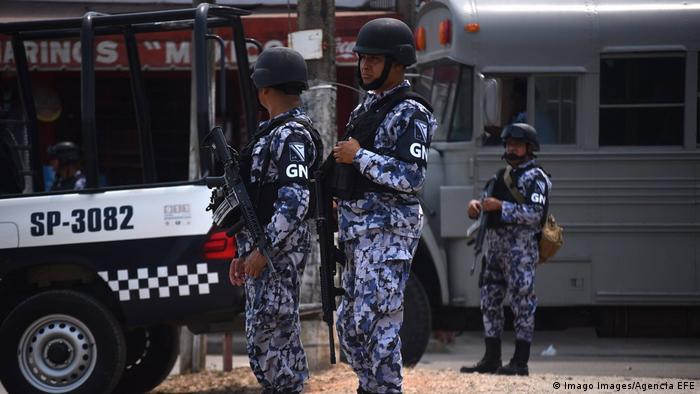 Mexican officials said this week they are beginning a deployment of 6,000 national guard troops as part of the deal

"If the US is asking us to curb the flow of migrants at the southern border, why aren't we asking them to stop the arms trade at the northern border?" asked Nancy de la Sierra, a senator from the Labor Party, MORENA's left-wing coalition partner.

The ruling party is still a long way from a rebellion, however, said Aguilar. "MORENA is not a structured party, but a movement that is vertically controlled by Lopez Obrador, and any dissenter can expect to be expelled as a traitor," Aguilar said. According to Aguilar and Kaiser, the crisis over punitive tariffs has revealed the government's internal weaknesses. There is no cabinet and no clear strategy, they said. Lopez Obrador mistrusts experts and takes decisions alone, advised by friends and family, Aguilar and Kaiser explained, and social networks and opinion polls are his indicators of success.

Read more: 'Europe is also responsible for the crisis in Mexico' — Anabel Hernández

Lopez Obrador's popularity may still be high at 72%, but it is down by seven points compared to March, according to the latest survey by El Universal. The surveys reflect a hopeful expectation rather than reality, Kaiser explained. "The government's security and economic policies have not been successful so far," he said. "They have made wrong decisions concerning infrastructure, including the debate over the location of a new international airport, we've seen a crisis in the healthcare system and the withdrawal of the popular education reform."

A majority of Mexicans appear to take a different view all the same: 60% value his fight against corruption, and one out of five people praise the social programs as a great success.