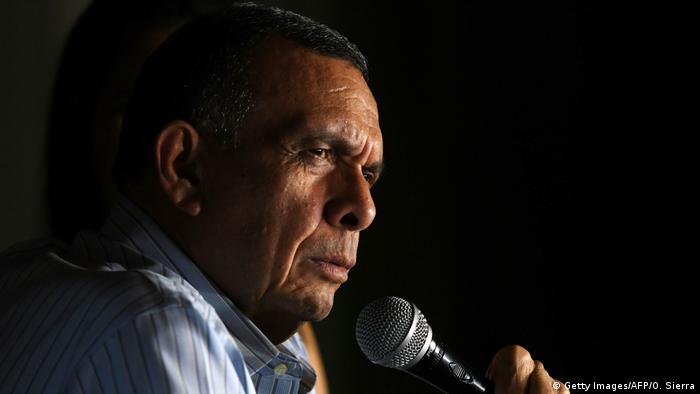 Honduran prosecutors and the anti-graft unit of the Organization of American States (OAS) on Friday brought charges against 12 individuals for laundering drug money, as part of a larger probe into former President Porfirio Lobo's administration.

The OAS Mission to Support the Fight against Corruption and Impunity in Honduras (MACCIH) said it filed an injunction against "12 citizens accused of being part of a scheme that allowed the laundering of money from international drug trafficking through works contracted with the Honduran State, most of which were not carried out."

Only five of the 12 individuals were named, including ex-public works officials and Lobo's son, Fabio Porfirio Lobo.

The investigation was triggered by the testimony of Devis Leonel Rivera, a leader of the "Los Cachiros" drug cartel, who told a US court that in 2009, he had given money to Porfirio Lobo's election campaign in exchange for state contracts.

According to MACCIH, once elected, Porfirio Lobo awarded 21 contracts worth 68.3 million lempiras ($2.8 million/ €2.5 million) to the front company INRIMAR created by Rivera.

"The works assigned by these contracts were mostly not done and even part of the money allocated for these contracts was not collected until years later, because the purpose of the assignment of these contracts was basically to prestige and legitimize the company INRIMAR, to be able to launder money from international drug trafficking through that company," MACCIH said.

Fabio Porfirio Lobo is serving a 24-year sentence in the US for drug trafficking.

Former President Porfirio Lobo was not listed among the 12, but he is being investigated as part of a larger probe.

Prosecutors have accused him of "providing logistics and other resources" for the murder of Berta Caceres. Legal experts claimed her murder was "the product of a plan" by executives to push through a mega-dam project. (03.03.2018)