First-world problem? Norway and Sweden battle over who gets to burn waste | Environment | All topics from climate change to conservation | DW | 23.11.2015

First-world problem? Norway and Sweden battle over who gets to burn waste

While many countries struggle to get rid of household waste, Norway cannot get enough of it - to run its waste-to-energy incinerator plants. Oslo even has to import waste, and is blaming Sweden for its problems. 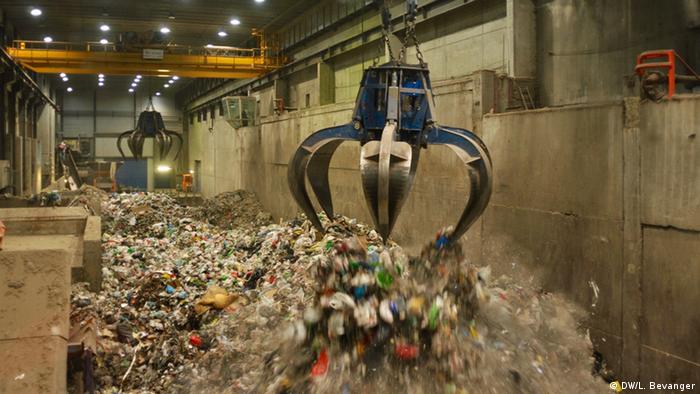 You would have thought running out of rubbish would be a blessing rather than a curse. Yet in Norway, the lack of waste is becoming a major headache for the waste management business.

Since a 2009 ban on landfills, the country has invested in modern waste-to-energy incineration plants with enormous capacity for burning waste and creating heat energy which is fed to private houses and businesses.

Peering into a giant oven burning waste at between 850 and 1,000 degrees Celsius, Jannicke Gerner Bjerkås from Oslo's waste-to-energy agency explains how the Klemetsrud incineration plant now turns people's rubbish into heat for their homes in the capital.

"The heat from the incineration is used to heat water, and the water is sent off to the district heating system in Oslo, and also we produce electricity from the steam," she says. 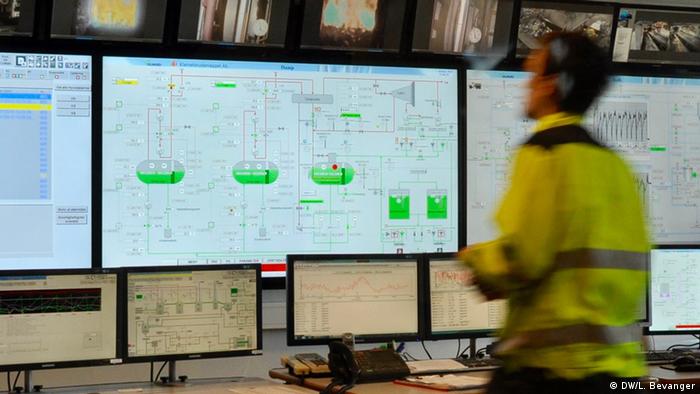 The control room at Klemetsrud incineration plant near Oslo, Norway

The Klemetsrud plant can burn 300 tons of waste every day, and this huge capacity means it needs a lot of waste to run efficiently. Rubbish has become a market commodity, and for plants like Klemetsrud a major headache.

"The market works like any other market, but the big difference is that we are not paying for the waste. The waste holder is actually paying to get rid of the waste," says Bjerkås.

"What we've experienced in the past couple of years is the price is dropping, and it's basically hard to make money, because Sweden is building a lot of waste incinerators, and they're now competing in the Norwegian market."

Paradoxically, hundreds of large trucks carrying Norwegian waste now drive straight past the Klemetsrud plant near Oslo and carry straight on to Sweden where it is cheaper to offload the cargo. 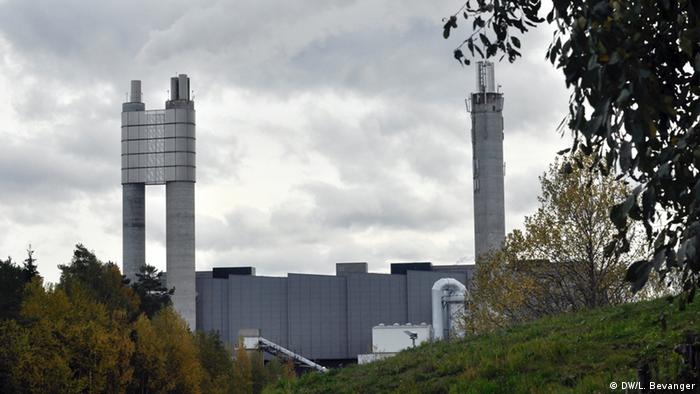 Trucks loaded with waste drive right past the Klemetsrud plant, heading for the Swedish border

Swedish incinerator plants can offer cheaper rates because many are older than their Norwegian counterparts and debt-free. The general cost level is also lower in Sweden.

Some campaigners now want Norway to introduce the EU's proximity principle to the waste business - which would force municipalities to take their waste to the treatment plant closest to them, not the cheapest.

"We hope that the governments both in Sweden and in Norway will see that the EU's principle of using the closest plant for municipal waste will support recycling better than exporting it to the cheapest oven,” says Torbjørn Leidal.

He is campaigning on behalf of Norway's waste management industry to keep Norwegian rubbish Norwegian. Not only is it better for business, he argues. Norway's lack of waste also means rubbish which should be recycled — like food, paper and plastics — is now burnt to keep the ovens going.

"The level of recycling in Norway is diving, and we are burning too much waste that could have been recycled." 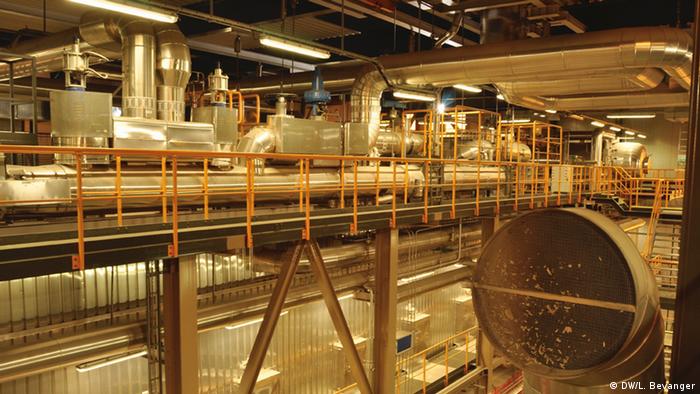 So much waste is now going to Sweden that Norway has to import waste from elsewhere in Europe. Containers arriving from Leeds and Manchester in the UK are unloaded in harbours south of Oslo, put on trucks and driven to the Klemetsrud incinerator plant.

This transport of waste across European borders worries environmentalists.

"The trade in waste is a problem, and you don't always know what the waste contains," says Lars Haltbrekken from Friends of the Earth Norway.

The Norwegian government says it is considering various options to make sure incineration plants like Klemetsrud near Oslo have enough raw materials — including introducing the EU proximity principle which would see local waste burned locally.

Yet as long as the waste market remains open and Sweden is the cheaper place to get rid of household waste, Norwegian rubbish trucks will continue to head straight for the border.

Using plastic debris found on the coast of Oregon, Washed Ashore is creating stunning scuptures of marine animals, raising awareness and cleaning up the beaches at the same time. (31.10.2015)

The house that trash built

An engineering student from Denmark wants to turn plastic waste into bricks to deal with the plastic trash plague and build better homes in rural India. (22.10.2015)

Trash is a big problem at the moment for Lebanon - and for governments all over the world. It can lead to major environmental problems. But there are solutions - if the authorities are ready to take them on. (27.08.2015)

African countries were already swamped by trash before the pandemic hit. Now COVID-19 related waste is making the situation worse.

As the use of plastic increases, scientists and inventors are looking for ways to get a handle on the problem of plastic waste. Recent patent data points to promising innovations, especially from Europe and the US.

Living in a sea of trash: Roma fight environmental racism in Romania 05.09.2021