A cruise ship has set sail from a German port for the first time since the COVID-19 outbreak slammed the travel industry. Guests will spend a weekend at sea with no stops on land. 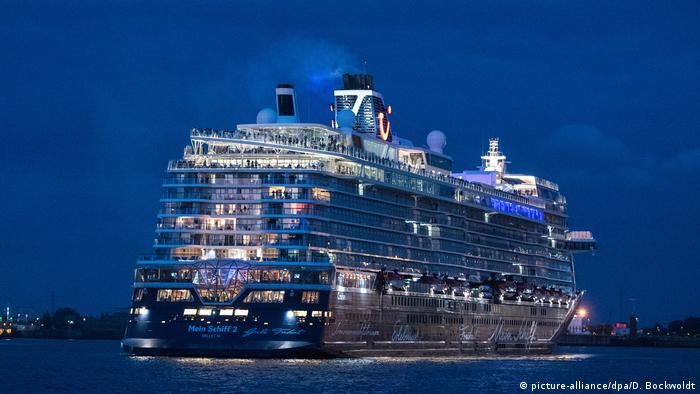 German cruise ship Mein Schiff 2 (My Ship 2), operated by travel giant TUI, set sail on Friday night from the northern city of Hamburg for a three-day round trip in the North Sea.

The vessel is carrying around 1,200 passengers, compared to its usual capacity of 2,900.

The company had said 1,740 would be allowed to travel, but that quota was not reached.

Guests will spend the weekend at sea with no stops on land, eventually returning to Hamburg on Monday morning.

Passengers will be required to observe strict physical distancing and hygiene measures on board. They were required to fill out a health questionnaire before boarding, and will not be allowed to serve themselves food at the buffet table.

Cruising into the unknown

"It's basically a pragmatic solution where companies are trying to adapt processes to the new situation and get the business going again," Alexis Papathanassis, professor for Cruise Tourism Management, told German magazine Der Spiegel.

"But now is not the time for a hasty reaction," he warned. "Such process changes, hygiene protocols and contingency plans have to be developed systematically and professionally, be transparent and be tested," he said, stressing that "customers must not be used as test objects."

Also, the expert underlined, "a cruise that mainly consists of sea days and social distancing does not correspond to what I consider an attractive holiday experience."

The COVID-19 pandemic has largely left global tourism at a standstill, with the cruise industry particularly hit hard by the crisis as companies were forced to suspend voyages.

The sector's reputation has also taken a severe hit by instances where cruise ships were stricken with severe outbreaks, including the Diamond Princess in Japan. 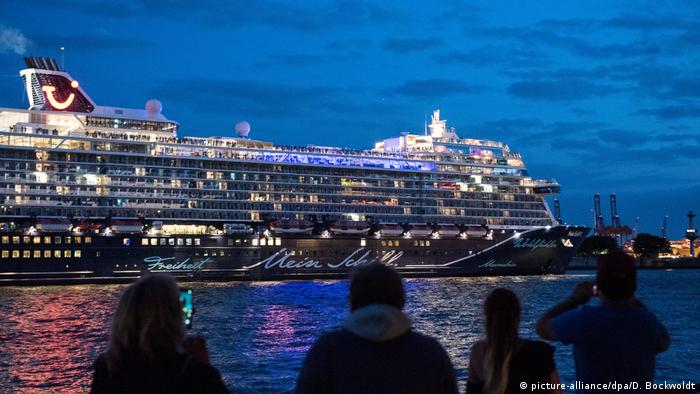 The 1,200 guests will spend the weekend at sea with no stops on land, eventually returning to Hamburg on Monday morning

Reports show the coronavirus broke out on at least 55 ships across the world's oceans. Some public health experts said the vessels helped carry the virus around the globe. Many sailed for weeks after the disease was first detected on a cruise liner. Ports eventually refused them entry, stranding tens of thousands of passengers and crew at sea — some for months.

Germany and other EU countries began opening their borders in mid-June in an attempt to reinvigorate the travel sector during the crucial summer months.

Germany's health ministers have agreed to a federal framework that would require people returning from trips abroad to undergo testing for COVID-19. Testing facilities are to be set up at airports and harbors so that travelers can be screened.

In the US, however, federal health officials have extended the US ban on cruise ships through the end of September. In the order signed by the director of the US Centers for Disease Control and Prevention, Robert Redfield, the agency said the cruise industry hasn't controlled transmission of the virus on its ships.

The CDC said cruise ships are more crowded than most urban settings, and even when only essential crew remains on board, the virus continues to spread.

People returning from regions where there a high risk of contracting the coronavirus will soon be able to receive free tests at German airports. But they will have to go into 14-day quarantine all the same.

Can the cruise ship industry keep coronavirus at arm's length?

Tourism has been one of the sectors hit hardest by the coronavirus. The pandemic has also been a blow to the cruise ship industry, with tour operators, shipowners and shipyards hurting. Is a restart possible?