People returning from regions where there a high risk of contracting the coronavirus will soon be able to receive free tests at German airports. But they will have to go into 14-day quarantine all the same. 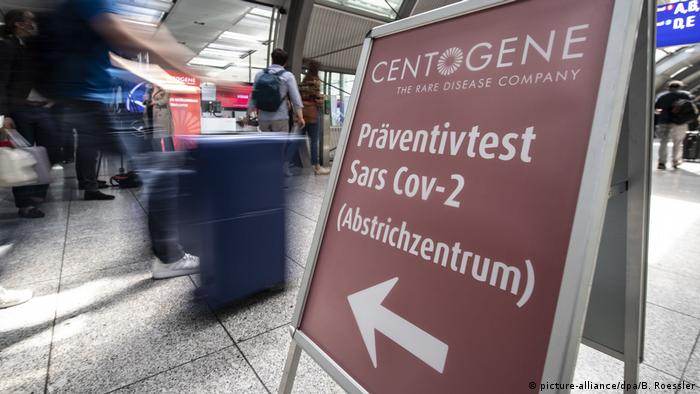 Returning holidaymakers who have spent time in areas of high risk for the coronavirus will be able to be tested for infection at German airports on a voluntary basis, health ministers and senators from Germany's 16 states and federal government decided on Friday.

However, the existing 14-day quarantine requirement for travelers coming back from such high-risk areas will remain, according to Dilek Kalayci, the Berlin state health minister.

Returnees from non-risk areas will also be able to receive free tests, but not directly at airports.

German Health Minister Jens Spahn, who also attended the meeting in Berlin, said all those returning to Germany could receive a free test within three days of their arrival. But he warned that tests were only a "snapshot in time" and that "sensible behavior and alertness" remained essential.

Kalayci said the danger of bringing back the virus from holiday trips was "very high," with several German states reporting rising number of cases connected with returning vacationers.

The ministers rejected a proposal for making such tests mandatory, which had met with some objections from airport and consumer authorities.

Walk-through testing stations are already in operation at Frankfurt and Munich airports, but there is no obligation for passengers to participate.