The largest German-language film festival outside Europe is showing feature films and documentaries from Germany, Austria and Switzerland. It's a rare opportunity to view them in the US. 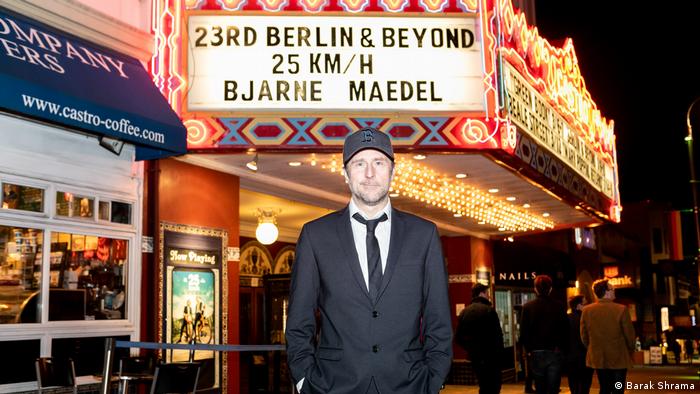 It is one of the most beautiful metropolises in the world, and one that is home to countless immigrant cultures. San Francisco, once the stronghold of the hippie movement, is today the gateway to Silicon Valley. It's a city situated between the past and the future and a perfect location for a film festival that presents films beyond Hollywood. 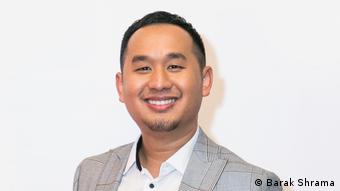 "We have a cultural epicenter here in the Bay area," said Sophoan Sorn, who has been director of the Berlin and Beyond film festival for the past nine years. "This place is connected to the world. In addition to the various German, Austrian and Swiss communities in the San Francisco area, we have a wonderful audience here. They take interest, are enthusiastic and curious. And they keep coming back every year."

Traditionally, American viewers have primarily been interested in historical topics concerning Germany, subjects such as Nazi history or the Stasi. However, Sorn also wants to show other facets in the Berlin and Beyond program.

"We don't want to go with the flow. A lot of times, German films that are picked up for US distribution, such as Christian Petzold's Transit and Florian Henckel von Donnersmarck's Never Look Away, get great reviews and are very well known to American audiences... Often, they are films that are bleak, dramatic, tragic or very complex stories. But I think that a film like 25 km/h [which opened the festival] is a beautiful film that captures the complexities of relationships between people. We go on an adventure, and we don't want to perpetuate stereotypes." 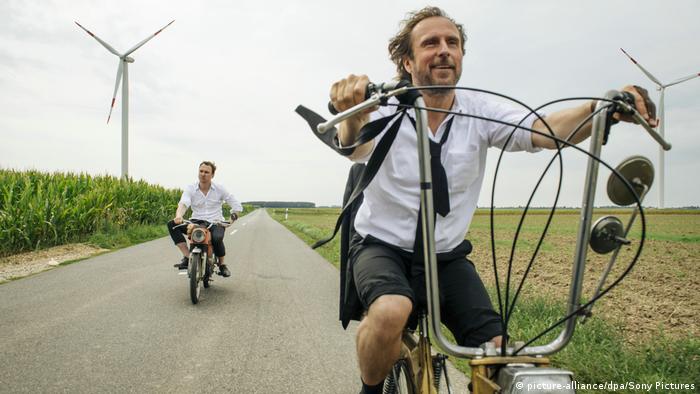 Ahead of the screening of the comedy 25 km/h, a long line formed outside of the Castro Theatre. Many of the people standing in line were German immigrants who wanted to view the winner of the Spotlight Award. Bjarne Mädel, known to German viewers as the Tatortreiniger (crime scene cleaner) of the eponymous German TV cult series, traveled from Germany especially for this screening. "This is an incredibly amazing building," Mädel said enthusiastically. "I don't know of a more beautiful cinema in the world at the moment that can compare to this great space. It is an honor that our film is being shown there."

25 km/h, a road movie about two very different brothers who fulfill a childhood dream by traveling through Germany on a moped, was met with hearty laughter in the cinema, largely due to the two impressive leading actors, Lars Eidinger and the award-winning Bjarne Mädel.

Read more: 10 of the most memorable German film debuts 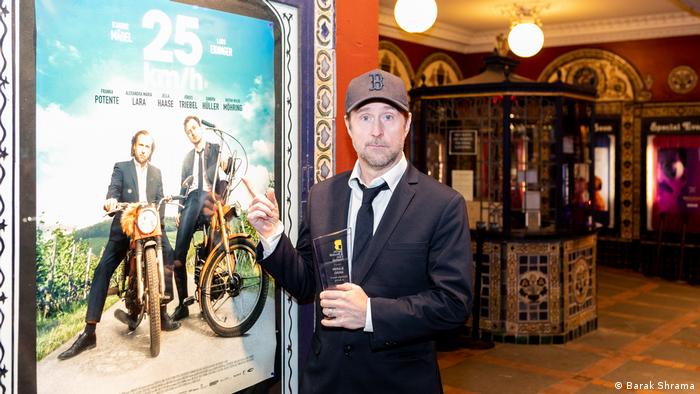 "We're more alike than you'd think," said Mädel. "Lars is also very ambitious and that's where we've spurred each other on. When one of us noticed that the other had just done something great in a scene, then it was like: okay, now I have to do something; don't stop now."

The Castro Theatre was also packed to the gills for the screening of the teen film Amelie rennt (Mountain Miracle). The Goethe-Institut had invited school classes to the screening, with an entirely female youth jury from Mexico, Canada and California awarding a prize for the film to mark International Women's Day.

Producer Philipp Budweg was delighted that the story about a rebellious asthma-stricken girl, who goes on an adventure in the South Tyrolean Alps and ultimately surpasses herself, was so well received. According to Budewg, such a film wouldn't normally be screened in US cinemas, especially not in the original language. At best, as a remake.

But there is a bit of hope. Of late, "such a film may be available in the original language on Netflix. It offers opportunities. Because that's where young people are. They're accepting to watch a film in the original language with subtitles. They are a new generation, giving original-language films a chance to reach larger audiences by way of the streaming services."

The festival closes on Thursday, March 14, with Hans Weingartner's film 303, in which two adorably eccentric people travel across Europe in a travel trailer. Berlin and Beyond thus ends in a same way it began: with a road movie.

The Goethe-Institut, organizer of the Berlin and Beyond festival, offers US lovers of German cinema another free streaming service: As part of the 2018-2019 initiative "Year of German-American Friendship (Deutschlandjahr)," encompassed by the motto #WunderbarTogether, the Goethe-Institut Washington and the Landmark West End Cinema are organizing German Cinema 101, a year-long series of once-monthly film screenings that explore four distinct eras of German film history. All screenings will be followed by discussions led by local film experts to encourage a deeper examination of German cinema in the present and past.
German Cinema 101 is part of the project "Wunderbar: A Celebration of German Film," which is also celebrating German-American friendship by bringing 48 German films to viewers' homes across the US through online streaming: from Beloved Sisters to A Coffee in Berlin and Young Goethe in Love and from The Blue Angel to The Cabinet of Dr. Caligari, cinematic gems released between 1920 and 2017 can be viewed for free.

Who will win the Golden Bear? Ahead of the Berlinale's award ceremony, one could be tempted to look at what film critics said and start placing bets. But their preferences don't always reflect the jury's final pick. (14.02.2019)

After winning the 2018 International Leipzig Festival for Documentary, the film has been mired in controversy for giving a platform to racist slurs. Filmmaker Pablo Ben Yakov says he wanted to let the audience judge. (07.11.2018)