Who will win the Golden Bear? Ahead of the Berlinale's award ceremony, one could be tempted to look at what film critics said and start placing bets. But their preferences don't always reflect the jury's final pick. 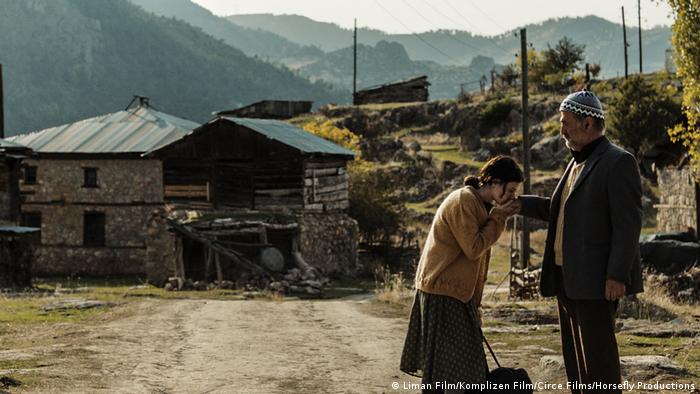 This week at a Berlinale screening, I happened to sit next to a film critic I recognized and whose opinion I respect. He was dozing off during the film, and I was curious to see if he'd destroy it or not in his review the next day. He didn't. While other critics complained about the feature's lengths, he offered a particularly positive take on it. It probably didn't feel as long when you slept through the beginning.

Film critics at a festival have the extraordinary privilege of watching a great number of films within a short period of time. That's not always as easy as it sounds, however. Ideally, they'll treat the 20th work of the competition with as much patience as the first one — even though many of the world's top cinematic gems can test anyone's ability to stay awake.

Critics working for the daily press are then required to form their opinion extremely quickly and write up a review that covers all the main aspects of the work within a couple of hours. Even though they are professionals properly equipped to analyze a movie, in the end, their opinions remain absolutely subjective, like anyone else's.

This subjectivity is well exposed in a useful festival tool for film industry insiders, provided by the magazine Screen International. Every year at the Berlinale — as well as other major film festivals, Cannes and Toronto — the magazine asks a number of international critics to rate each competition entry: The top rating is four stars ("excellent"), and it goes all the way down to zero ("bad"). The results are published in Screen's daily print edition.

As those ratings are not accompanied by reviews, one can only progressively try to guess a critic's cinematic tastes.

In this year's grid, for instance, the ratings of Italian critic, journalist and festival programmer Paolo Bertolin stand out among the others. He has given the best score of four stars to Fatih Akin's The Golden Glove, while 50 percent of the other reviewers rated it as "poor" — one star. To date, he is also the only one to believe that some films don't deserve any stars at all: Francois Ozon's By the Grace of God and Agnieszka Holland's Mr. Jones.

By Thursday, the three films leading the Screen list are A Tale of Three Sisters (top picture) by Emin Alper, God Exists, Her Name is Petruniya by Teona Strugar Mitevska and Öndög by Wang Quan'an. There are however still three films left to be added to the grid — Isabel Coixet's Elisa & Marcela, Nadav Lapid's Synonyms and Wang Xiaoshuai's So Long, My Son.

While the Screen grid is useful to provide a quick overview and help journalists realize they might have missed a potential Golden Bear, even unanimous enthusiasm from that group of critics is no guarantee that the festival's official jury will see things similarly.

When Ken Loach's I, Daniel Blake won the Palme d'Or at Cannes in 2016, it came as a surprise to many, since it had obtained the very average score of 2.4 on the daily grid, while the German competition entry directed by Maren Ade, Toni Erdmann, had registered the highest score ever in Screen's history: 3.7 out of a possible four stars, based on the averaged ratings of 11 critics.

The 2018 Golden Bear winner also defied the odds established by the daily grid. Adina Pintilie's Touch Me Not had only scored an average of 1.5; there were only two other features with lower average scores that year.

There was harsh criticism of the decision. "Shallow, silly Golden Bear winner Touch Me Not is a calamity for the festival," wrote Peter Bradshaw in The Guardian. TIME magazine critic Stephanie Zacharek, who was on the competition jury that year, told DW that while Bradshaw is a critic she admires and enjoys reading, his opinion didn't affect hers: "It probably goes without saying, I love the film and stand by our choice. It is challenging and direct in a way few films are."

What they said: the art of the film critic

Star-based ratings, along with compilations of how "fresh" or "rotten" a film is as the Rotten Tomatoes website does, are popular today as they summarize an impression of a film in an easy-to-digest icon. However, good film critics are recognized for their voice and being able to provide nuance in their assessment.

A documentary shown at the Berlinale, What She Said: The Art of Pauline Kael, pays tribute to the art of film criticism by portraying one of the most influential voices in film history. In a field dominated by men, Pauline Kael managed to change the way film reviews are written and became nothing less than a cultural icon.

"It didn't matter if you hadn't seen the films she was writing about: They came alive with her prose," said Zacharek, who also appears in the documentary. 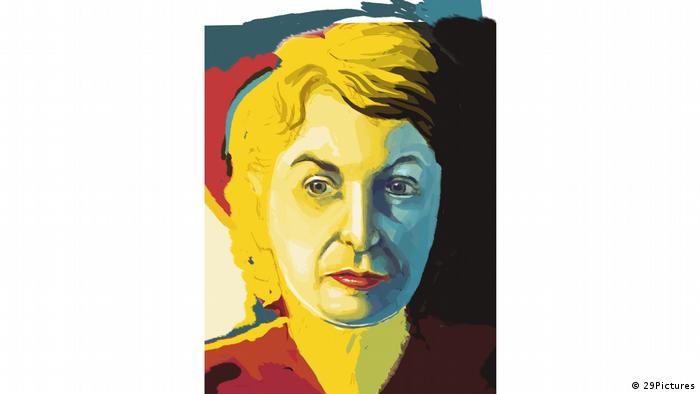 Pauline Kael: 'Arguably the greatest movie critic who ever lived,' according to Variety

After a series of film reviews for a radio show and various attempts to make a living as a writer, Kael became the film critic of The New Yorker in 1967, after the publication of her raving review of Bonnie and Clyde. The feature had otherwise divided critics and had been poorly received by audiences, but her piece turned it into a box office hit.

The documentary directed by Rob Garver revisits the history of cinema, demonstrating how Kael was influenced by early 20th century films, and later became so influential that she became the one who "made" directors such as Martin Scorsese and Brian de Palma.

Even if her readers trusted her voice and therefore always wanted to know "what she said" of a film, her personal approach allowed her to reject certain works that had been virtually unanimously praised as masterpieces, such as Stanley Kubrick's 2001, A Space Odyssey, which she described as "a monumentally unimaginative movie."

At the Berlinale awards ceremony held on Saturday, the jury might decide that a film that most critics viewed as an unimaginative, clumsy disaster is actually the one they've selected for the Golden Bear. And that will only further open the discussion — which is just what film critics enjoy doing in the first place.