Agniezska Holland's Berlinale film revisits the Holodomor, the man-made famine that killed millions of Ukrainians in 1933. Reporter Gareth Jones broke the story that Soviets tried to hide and other journalists denied. 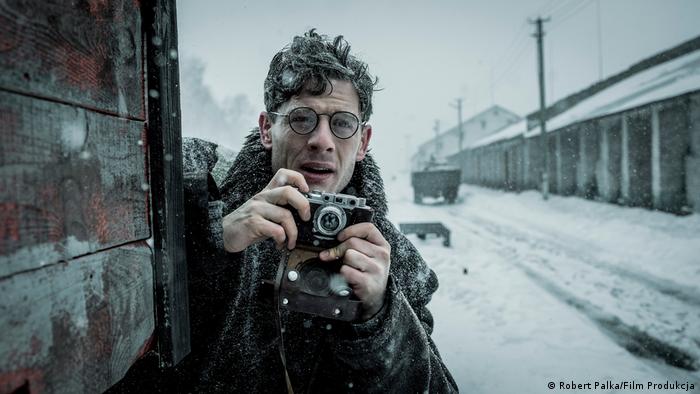 By 1932-33 such backdrops had been replaced by violent impoverishment, as Ukrainians suffered from one of history's most disastrous man-made famines: Stalin turned Ukraine into the breadbasket of the Soviet Union, exploiting its resources to fund his ambitious industrialization projects and keep his important party officials well fed.

The term used to describe the mass starvation is "Holodomor," which combines the Ukrainian words for hunger (holod) and extermination (mor).

Polish director Agnieszka Holland's film Mr. Jones, which premiered at the Berlin International Film Festival on Sunday, portrays the journalist who revealed to the Western world the mass starvation of the Ukrainians caused by Stalin's collectivization of farmlands. 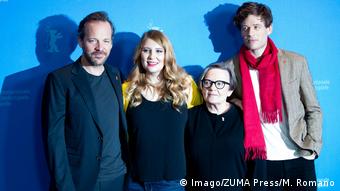 The young Welsh reporter, Gareth Jones (played by James Norton), established his reputation by becoming the first foreign journalist to interview Adolf Hitler in his private plane after his appointment as chancellor of the German Empire in 1933. Jones then decided to investigate the structures that allowed Josef Stalin to finance his rapid modernization of the Soviet Union amid the global Great Depression.

Read more: The Russian Revolution 100 years on: 'Russia hasn't dealt with the past'

Jones established contact with the New York Times bureau chief in Moscow, Walter Duranty (Peter Sarsgaard), who had won a Pulitzer Prize in 1932 for a series of reports about the Soviet Union. However, Duranty preferred partying with avant-garde artists and opium-smokers to unsettling the Stalinist "utopian experiment" with articles that wouldn't get past Soviet censors anyway.

Following cues from fellow journalists, Jones managed to travel clandestinely to Ukraine, where he witnessed the people's starvation. He publicized his observations in late March 1933 as a press release, which was immediately picked up by newspapers around the world. Just a few days later, Duranty rebutted Jones' claims in his own article, "Russians Hungry, But Not Starving."

Portraying the agony of millions: a balancing act

The film turns Jones into more than a mere journalist jotting down the peasants' accounts; he experiences the madness of hunger himself, as his food supplies are stolen. Filmmaker Agnieszka Holland wanted to go beyond "the tourist-like point of view of a British journalist," she said at the press conference ahead of her world premiere. She also had to determine the right way to depict the atrocities, hoping to "avoid the pornography of violence" without shying away from reality. 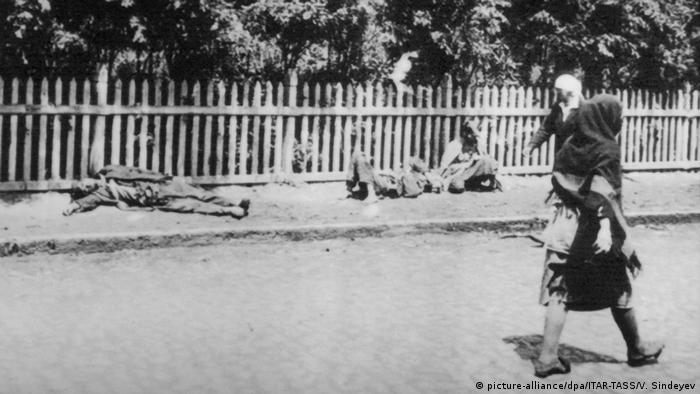 Holland's portrayal of starvation is not solely based on Jones' reporting. It also refers to eyewitness accounts and other documented events. In one scene, the dead body of a mother and her living infant, crying on the roadside, are both thrown onto other corpses piled up on a sleigh. Screenwriter Andrea Chalupa's grandfather, a Holodomor survivor born in Donbass, a region in eastern Ukraine whose separatist faction is supported militarily by Russia, personally witnessed that moment. Also well documented is the prevalence of cannibalism.

Under pressure from the Kremlin, Western journalists reporting from Moscow at the time denied the starvation. To this day, the Holodomor remains a politically charged topic, with deniers still trying to relativize the events. Estimates of the death toll vary greatly, with some of them stating that up to 12 million ethnic Ukrainians have died from the famine. A 2003 UN statement set the number at between 7 to 10 million. Ukraine recognizes it as a genocide, as do 17 other nations.

The title of the film also reprises the opening words of George Orwell's anti-Stalinist novella Animal Farm, which feature the farmer Mr. Jones, and Orwell also appears as a character in the movie. Scenes showing Orwell (Joseph Mawle) writing his allegorical tale against Stalin — and its most famous quotes such as "All animals are equal, but some animals are more equal than others" — punctuate the main story line with Jones. 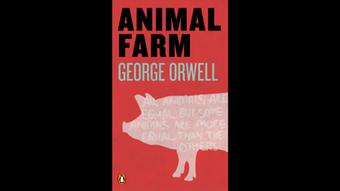 Orwell's book 'Animal Farm,' written from 1943-44, is a scathing critic of Stalinism

While it is unclear if Jones and Orwell actually met, the film takes the artistic license of showing them being introduced to one another. It's a nod to their shared intellectual courage, explained screenwriter Chalupa. While doing research for the film, she also found out that Animal Farm, which publishers initially refused to release, obtained its first success among the Ukrainian diaspora, who recognized their fate in the satirical allegory.

A tribute to the free press

Chalupa started writing her script in 2004. In the 15 years it took to complete the project, authoritarianism gained ground worldwide. Suddenly the work was not only about a neglected chapter of history; it became a tribute to all the reporters who risk their lives to dig into stories and uncover the truth in an era of fake news. 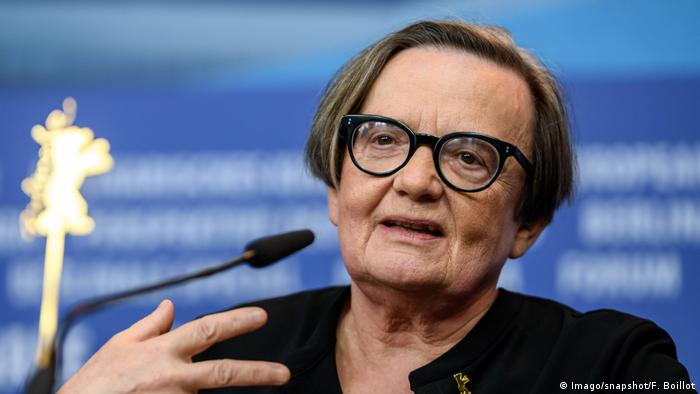 Holland's film pays timely tribute to freedom of the press

"Today, we don't lack corruptible conformists and egoists; we lack Orwells and Joneses. That is why we brought them back to life," Holland wrote in a statement. The award-winning filmmaker is renowned for films dealing with the Holocaust and 20th-century history, such as Europa Europa (1991), In Darkness (2011) and Spoor (2017). She has also directed various episodes of TV series including The Wire and House of Cards.

Stalin and Putin as idols

In 2017 the Levada Center, a Russian independent research organization, asked Russians in a poll to identify the "most outstanding person" in world history. Stalin topped the list at 38 percent, while Putin came second at 34 percent.

Holland finds the situation absolutely tragic. "It shows the enslavement of the minds and of the people," she said. Stalin was one of the greatest murderers of history, responsible for millions of deaths, she added, "but he won the war [WWII] and made the Soviet Union great again."

Distribution of the film in Russia has yet to be confirmed. But the current situation in the country and its hostile relations with Ukraine also add to the relevance of the film. "The ghosts of the Holodomor are calling to come back into the spotlight for some kind of justice," Holland said.

The 69th Berlinale: What you need to know

Cineastes are converging on the German capital for the latest edition of the Berlin International Film Festival, which opens February 7. The last Berlinale headed by Dieter Kosslick may well be dominated by women. (04.02.2019)

"By the Grace of God," premiering in Berlin, depicts the Church's attempted cover-up of a sex abuse scandal. The French priest accused of molesting more than 80 boys is now trying to block the film's release in France. (08.02.2019)

With over 40 percent of competition entries directed by women, the Berlinale is setting a new benchmark for an A-list festival. And that's not the only way women's work is promoted at this year's festival of film. (06.02.2019)