Berlin's Grand Jury Prize-winning film, "By the Grace of God" by Francois Ozon, puts an ongoing Catholic Church sexual abuse trial in the spotlight. The accused priest wanted the film's release to be blocked in France.

A French court ruled on Monday that Francois Ozon's film By the Grace of God, which won the Silver Bear Grand Jury Prize on Saturday at the International Film Festival, may be released in France, according to news agency AFP.

The domestic theatrical release of Ozon's work, which tackles France's most important church child abuse trial to date, was threatened as the priest at the center of the case had gone to court to try to prevent it from being shown in the country. 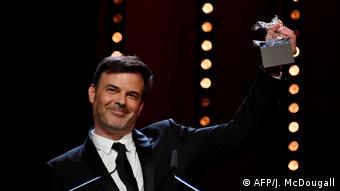 The judge determined that film meets the requirements of the law since a text in its epilogue mentions that the priest is presumed innocent until found guilty. However, the priest's lawyer said they would appeal the decision, even if it would not prevent the movie's release. "It's a question of principle," the attorney said, adding that it would otherwise open the door to films interfering with legal action.

As portrayed in By the Grace of God, the accusations involve church members who covered up the wrongdoings of a priest accused of abusing at least 80 children. The archbishop of Lyon, Cardinal Philippe Barbarin, a lay voluntary worker for the Lyon diocese, as well as five other members of the Catholic hierarchy, have been charged with non-disclosure of sexual abuse of minors and failure to provide assistance.

A separate trial will be held for the accused priest, Bernard Preynat — under judicial supervision for sexual assault since his indictment in 2016 — but no date has been set.

True to the facts

Ozon said at a press conference ahead of the film's world premiere at the Berlin Film Festival on February 8 that his portrayal is true to the facts and could not have an impact on the trial. "Everything I talk about in the film has already appeared in the French press," he pointed out.

But the production is feeling pressure from the Church, admitted the director. "They haven't even seen the film, so they're basically attacking us on principle more than anything else."

Before deciding the film's theme, Ozon, who is renowned for works with strong women characters such as Under the Sand (2000) and 8 Women (2002), wanted to pursue a project centered on male subjects.

He then discovered the website of an association called La Parole Libérée ("Lift the Burden of Silence") that collected abuse victims' testimonies and emails written to members of Lyon's Catholic hierarchy about the church's inaction — despite the priest's actions having been an open secret for years.

After interviewing many of the victims and their family personally, Ozon first thought he would turn their story into a documentary. Realizing, however, that this might be redundant since many of these stories had already been told on camera, he decided on a fictionalized account that would better portray the victims' pain while protecting their privacy.

But while the director changed the family names of the victims, they are all based on real people.

Three main characters, and a network of victims

The three-part structure of the film focuses on characters with very different stories and functions "who pass each other the baton like in a relay," Ozon explained.

Alexandre, portrayed by Melvil Poupaud, is very respectful of the Church as an institution. He's already 40, has a successful career in a bank and raises, with his supportive wife, his five children as Catholics.

After discovering the priest who abused him as a child is still working with kids, he pressures members of the Church hierarchy to get the priest expelled. When that doesn't work, he presses charges against Lyon's cardinal. 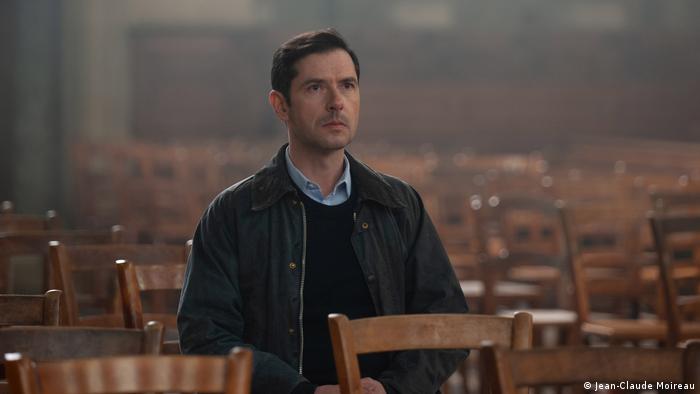 Alexandre remained a devout Catholic, but the clergy's inaction is shaking his convictions

Through the ensuing investigation, another victim, Francois (Denis Menochet), gets involved. As an atheist, he doesn't try to tiptoe around the church and boldly publicizes the case while founding an association to track down as many victims as possible — as the 20-year statute of limitations is expired in most cases, finding recent testimonies is crucial to the trial.

Incidentally, the current trial has led in August 2018 to an extension of the period of time during which legal action can be taken, raising the statute of limitations from 20 to 30 years after the victim reaches the age of majority.

While the two first men in By the Grace of God are well-off, the third central character Emmanuel (Swann Arlaud), comes from a poor social background and the pain inflicted by the priest's abuse has had a stronger impact on the rest of his life.

Ozon's nuanced portrayal of these men and their family background demonstrates how Lyon's educated, conservative bourgeoisie has also cautiously avoided confronting a powerful Catholic institution whose structures are intertwined with their own privilege and wealth.

The film's opening sequence shows the cardinal on the terrace of Lyon's Basilica, with a stunning view overlooking the French city — a visual metaphor for the power the Church still holds over the city that's been a cradle of Christianity since the 2nd century. 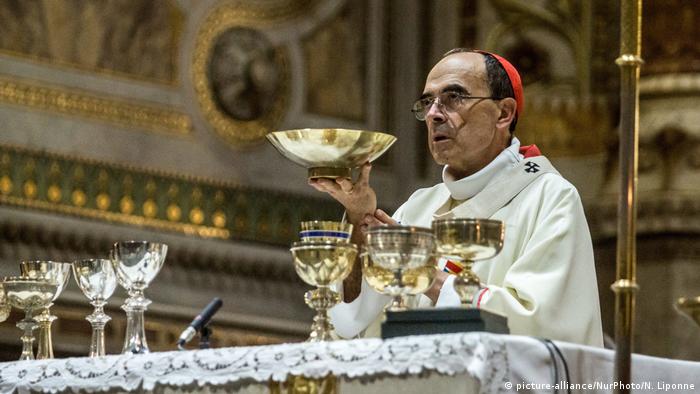 Beyond shooting on location for the exterior scenes, Ozon and his producers didn't even try to obtain permission to film inside the city's churches, working in secret in Belgium and Luxembourg instead as they wanted to remain free of the clergy's influence.

Some Church members have already thanked Ozon for shaking things up. In his view, many clergy members are hoping for a real change.

"A lot of ordinary Catholics are sick of their religion being associated with pedophilia and want the hierarchy to sort the problem out once and for all."

The scale of clergy sexual abuse in the US state of Illinois is greater than the Catholic Church has recognized. Some 700 priests have been accused of child sexual abuse — the Church identified fewer than 200. (20.12.2018)