A French judge has ordered an investigation into "failure to report a crime" after alleged victims of a pedophile priest said Catholic officials covered up for him. The allegations date back to the early 1990s. 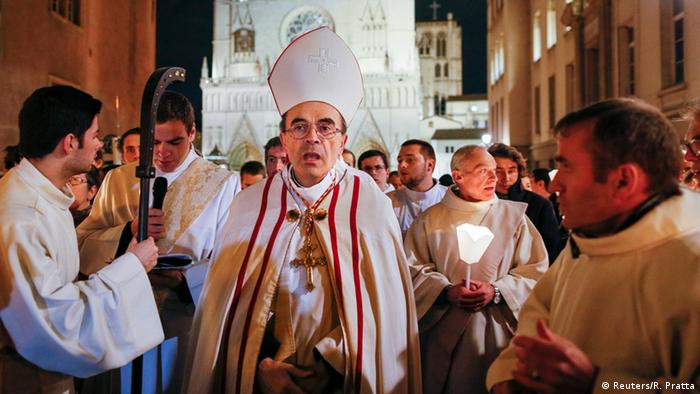 The alleged victims of a pedophile priest have claimed that senior figures in the diocese of Lyon, in eastern France - including the city's Archbishop, Cardinal Philippe Barbarin (photo) - failed to report to police the priest who has been charged with sexually abusing minors between 1986 and 1991.

A French judge has opened a preliminary investigation into "failure to report a crime," and "endangering the lives of others," judicial sources said Friday.

A formal investigation was opened last month after the 70-year-old priest, Bernard Preynat, admitted he sexually abused young Scouts more than 25 years ago.

Preynat's lawyer, Federic Doyez, said the priest told the judge that "the facts had been known by the church authorities since 1991," when he was expelled from the independent Scouts group he had led for nearly 20 years.

In a statement, the 65-year-old Cardinal Barbarin said that "he was not the archbishop of Lyon at the time" and that he had "never covered up pedophilia." He became Archbishop of Lyon in 2002 and was made Cardinal a year later.

A source close to the Cardinal told the AFP news agency "This comment does not in any way target Cardinal Barbarin who quite rightly suspended Father Preynat after meeting a first victim and taking advice from Rome, and this, even before a first official complaint was made."

Barbarin said earlier this year that he had been made aware of the priest's behavior "around 2007-8 and had received the backing of the Vatican which said it had confidence he would deal with the matter "with great responsibility."

'Spotlight' and the Vatican

Vatican spokesman Federico Lombardi said "sensationalism" surrounding the Oscar-winning film "Spotlight" and hearings into the alleged cover-up of abuse by Cardinal Pell had given the public the wrong impression.

The media reaction to both events "meant that most people, particularly those less well informed or with a short memory, think the Church has done nothing or very little to answer to these horrible tragedies," Lombardi said.

The film "Spotlight" portrays The Boston Globe newspaper's investigation into sexual abuse in the Catholic Church and institutional efforts to cover up the crimes. It won the Oscar for best picture last Sunday.