French director Agnes Varda is a cinema legend. At the Berlin International Film Festival, she presents her new film, "Varda by Agnes," and receives the honorary Berlinale Camera award. We take a look back at her work.

Even at the age of 90, she is still on stage, this time at the Berlinale Palast, to receive a Berlinale Camera, an honorary award from the festival for those who are particularly tied to the Berlinale. Agnes Varda has already competed four times with her films. In 1965 she was awarded the Grand Jury Prize for Le Bonheur in Berlin; the last time she was represented here was in 2004 with her short film Le lion volatil.

Cinematic look back at her life

Now she's accepted the Berlinale Camera from the hands of festival director Dieter Kosslick — and not only that. Varda has also brought along her latest film, to be shown on a big screen at the Berlinale Palast: Varda by Agnes is a documentary about her life and work. But it's not a nostalgic or melancholic retrospective; that's not this director's thing. Rather, Varda by Agnes is a typical work for her: ironic and cheerful, profound and contemplative. Her film cannot really be classified as a documentary, but then again, her work has always eluded conventional categories. 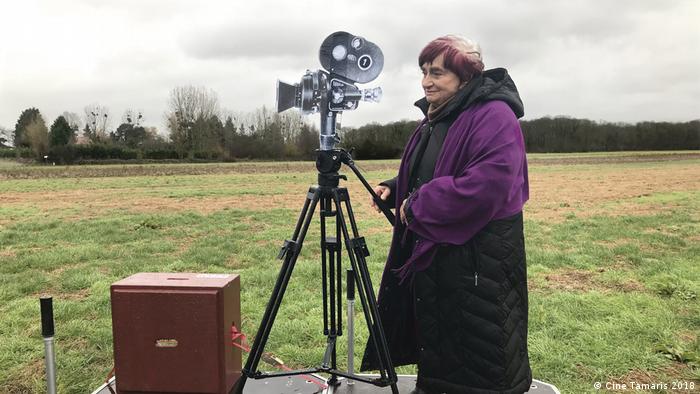 The woman and the camera: Agnes Varda in a scene from her new film

As a filmmaker, Agnes Varda has always moved between documentaries and feature films. She has always refused to produce films for commercial purposes, remaining true to her own artistic European style. That's why many observers were quite surprised when the Academy chose her for an Oscar lifetime achievement award in 2017. How could Varda and the small golden Hollywood statue that is a symbol of glitz and glamour possibly fit together?

A long, winding path to cinema

Agnes Varda was born on May 30, 1928 in Brussels, Belgium, to a Greek father and a French mother. She was raised in the south of France, near its beaches. At first she wasn't interested in film but rather in literature, photography and the arts. When she finally turned to film, she didn't have much experience in the genre. It's said that she had only watched a total of 10 movies in the cinema before she directed her first film, La Pointe Courte, in 1955. She was still more interested in writers, artists and photographers. "Photography has never ceased to teach me how to make films," she said later. 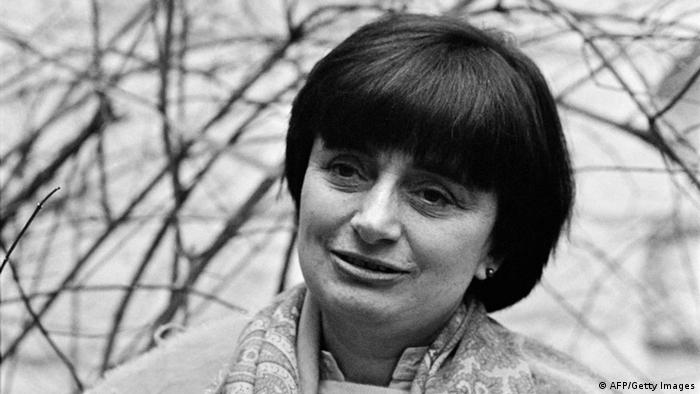 Varda influenced cinema in her home country of France. Above, the director in 1986.

Later on Agnes Varda became one of France's most significant filmmakers. For a long time, however, she was overshadowed by her male colleagues Jean-Luc Godard, Francois Truffaut, Claude Chabrol, Jacques Rivette and Eric Rohmer. They were seen as France's big film revolutionaries who had founded the famous "Nouvelle Vague," or New Wave, the French cinema movement that revolutionized French film in the early 1960s. In this regard, Varda wasn't given much attention, probably because she did not have much to do with Truffaut and Godard, who had started their careers as film critics.

It seems, however, that film history should have paid greater attention to Varda at an early stage of her career. After all, her film debut in 1955 already contained quite a few ingredients that her male colleagues only came to apply much later. These techniques impressed critics and audiences with their unconventional dramaturgy, experiments with the camera, cuts and montage, as well as their combination of movie and documentary elements.

"All these new elements with which the 'Nouvelle Vague' would challenge the 'tradition of quality' are already present in Varda's debut film, in terms of production technology, mind-set and aesthetics," critics Miriam Fuchs and Norbert Grob wrote later.

In later years the name Varda came to be mentioned frequently whenever France's big film revolutionaries were listed — and always with the additional label: "the only female representative" of the New Wave. Perhaps that was due to the fact that, for a long time, Varda had been overlooked precisely because she was a woman. After all, writing film reviews had long been dominated by men. That's been changing and is perhaps one of the reasons why Varda has received so much critical acclaim over the last several years. 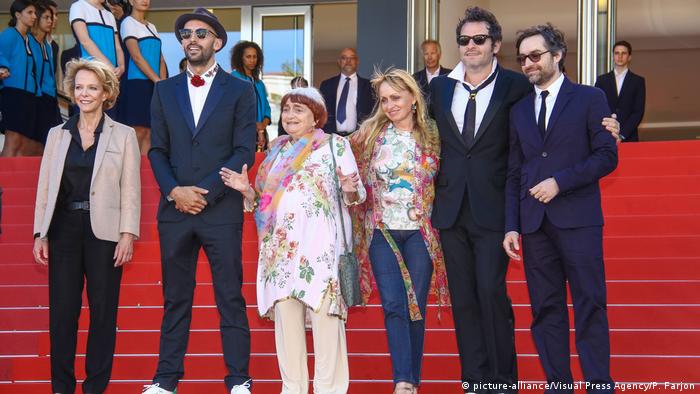 A popular figure on the red carpet: Varda (third from l) at the Cannes Film Festival in 2017

An Oscar then, a Berlinale Camera now

With her Oscar, Varda definitely has the upper hand over the male heroes of the New Wave. Neither Chabrol nor Alain Resnais, Rohmer or Rivette were ever honored with an Academy Award. Only Truffaut received an Oscar, in 1974, for his Day for Night. Jean-Luc Godard was to win an honorary Oscar in 2010, but he cared so little about it that he didn't even travel to Los Angeles to receive the much sought-after trophy. His legendary response back then: "Such a long trip just for a little piece of metal?"

Varda was more keen to receive the highest honor in the film world. In an interview with the German Press Agency, she referred to herself as "a little queen at the outskirts of film." She said she was deeply moved about the fact that the Academy had taken notice of her and that she had been chosen for an Oscar. And that, in spite of the fact that she has always had mixed feelings when it comes to American cinema. 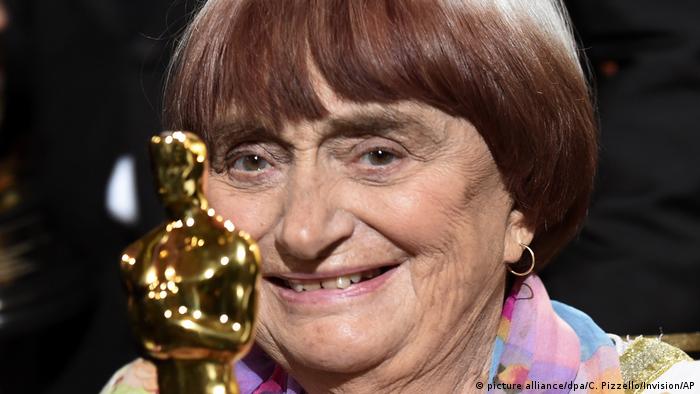 The director, together with her husband, director Jacques Demy, lived in the US during the 1960s, where she directed several films. However she stubbornly refused to accept commercial offers from big Hollywood studios. Varda always insisted on her artistic independence, and Hollywood wasn't willing to grant her that.

So her honorary Berlinale Camera, bestowed on her by one of the largest and oldest festivals in the European film tradition, is surely one she can celebrate.

Filmmakers who can manage to direct a new movie at the age of 89 are rare. But legendary French director Agnes Varda has done just that with her latest, Faces Places, set to hit theaters just a day after she turns 90. (29.05.2018)

Honorary Oscar for Agnes Varda, the female director of the French 'Nouvelle Vague'

It came as a big surprise: Agnes Varda of all directors received an Honorary Oscar in Los Angeles — a good opportunity for taking a closer look at her work. (10.11.2017)