An original film duo likely to remain unique in film history: Director Agnes Varda and street artist JR have created a wonderful, poetic and humorous film with Faces Places. They were responsible for the shooting together and both of them performed their own roles as the main protagonists. After premiering in Cannes last year, Faces Places was nominated for an Oscar. The film is now set to hit German movie theaters on May 31 – just one day after Varda's 90th birthday.

Varda and JR have portrayed France in a sensitive way

The two artists belong to different generations; Varda was born in 1928 and JR more than 50 years later, in 1983. The concept that the two of them created together is as simple as it is efficient. In their vehicle that is painted to look like a camera, they travel across rural parts of France. After taking pictures of the people they encounter, JR tapes up blown-up copies of the portraits onto house walls or directly passes them on to the people he photographed. The director engages the people in converation while filming. The result is a portrait of the state of the nation in 2017, and it's a mixture of pessimism and joie de vivre. 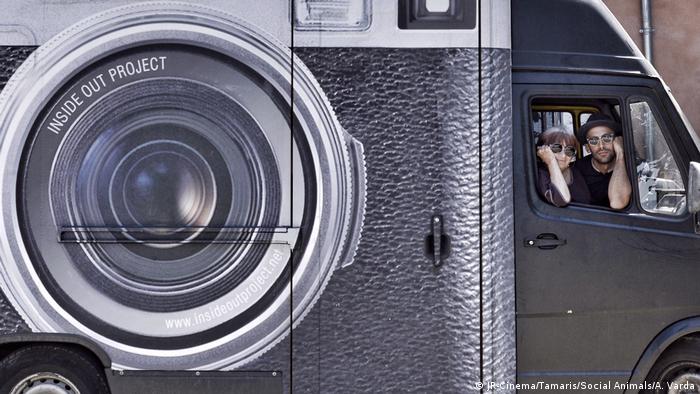 As a filmmaker, Agnes Varda has always moved between documentaries and movies. And she has always refused to produce films for commercial purposes, remaining true to her own artistic style. That's why many observers were quite surprised when the Academy chose her for a lifetime achievement award last year. How could Varda and the little golden Hollywood statue that stands for glitz and glamour possibly fit together?

An autodidact behind the camera

Agnes Varda was born in Brussels to a Greek father and a French mother on May 30, 1928. She was raised in the south of France, near its beaches. At first, she wasn't interested in film, but rather in literature, photography and the arts. When she finally turned to film, she didn't have much experience in the genre. She had only watched movies for ten years before she directed her first film, La Pointe Courte, in 1955. She was still more interested in writers, artists and photographers. "Photography has never ceased to teach me how to make films," she said later. In this regard, her latest work fits well into her oeuvre. 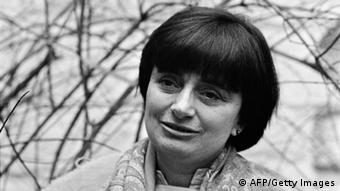 Agnes Varda, seen here in 1986, was the only significant female representative of France's 'Nouvelle Vague'

But later on, Agnes Varda became one of France's most significant filmmakers. For a long time, however, she was overshadowed by her male colleagues: Jean-Luc Godard, Francois Truffaut, Claude Chabrol, Jacques Rivette and Eric Rohmer. They were seen as France's big film revolutionaries in that they founded the famous "Nouvelle Vague," the movement that revolutionized French film in the early 1960s. In this regard, Varda wasn't given much attention, probably because she did not have much to do with Truffaut and Godard who had originally been film critics.

A director who loves experimenting with film

It seems however that film history should have paid greater attention to Agnes Varda at an early stage of her career. After all, her film debut in 1955 already contained quite a few ingredients that her male colleagues only came to apply much later (for example, in famous films like Breathless or The 400 Blows); these techniques impressed critics and audiences with their unconventional dramaturgy, experiments with the camera, cuts and montage, as well as a combination of movie and documentary elements. "All these new elements with which the 'Nouvelle Vague' challenges the 'Tradition of Quality' are already present in Varda's debut film, in terms of production technology, theoretic attitudes and esthetics," critics Miriam Fuchs and Norbert Grob said later. 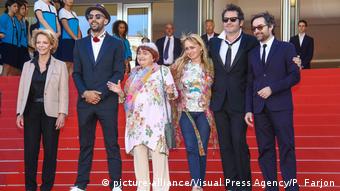 Varda has appeared on many red carpets, including Cannes

In later years, the name Agnes Varda came to be mentioned frequently whenever France's big film revolutionaries were listed. And, of course, it was mentioned every single time that Varda was the only female representative of the "Nouvelle Vague." Perhaps that was due to the fact that, for a long time, Varda had been overlooked because she was a woman. After all, writing film reviews had long been dominated by men. That's all changing now. And maybe that's one of the reasons why Varda has received so much critical acclaim over the last several years.

An Oscar for the only woman of the "Nouvelle Vague"

With her Oscar, Varda has definitely won the upperhand over the male heroes of the "Nouvelle Vague." Neither Chabrol, nor Alain Resnais, Rohmer and Rivette were ever honored with an Oscar. The only one to do so was Truffaut who received an Oscar in 1974 for his Day for Night. Jean-Luc Godard was to win an honorary Oscar in 2010, but he cared so little about it that he didn't even travel to Los Angeles to receive the much sought-after trophy. His legendary response back then was: "Such a long trip just for a little piece of metal?" 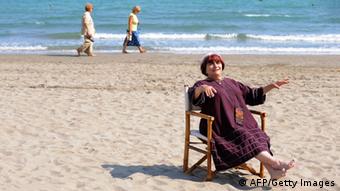 In her work The Beaches of Agnes, the director takes a very relaxed look back at her life

Varda was more keen to receive the highest honor in the film world. In an interview with the German Press Agency, she referred to herself as "a little queen at the outskirts of film." As honorary Oscars usually went to people who were neither Hollywood stars, nor producers of blockbusters, she said, she was deeply moved about the fact that she had now been chosen for one.

When the director, together with her husband, director Jacques Demy, lived for a few years in the US in the 1960s, she directed some films while however stubbornly refusing to accept commercial offers from big Hollywood studios. Varda always insisted on her artistic independence. And Hollywood wasn't willing to grant her that.

In recent years, however, the Academy behind the Oscars has undergone some remarkable changes. After having being accused of not being open enough towards women and Black filmmakers, the institution introduced some changes. Agnes Varda has profited from that change. Another proof is the Oscar nomination for her latest film, Faces Places, a movie that will hit German movie theaters just one day after her 90th birthday.

While mass student protests were the most visible expression of social and political change in 1968, new film movements had already started to foretell this revolt. Here's a look at the rise of a radical new cinema. (16.04.2018)

Nouvelle Vague is Back

The band Nouvelle Vague burst on the scene in 2003 with covers of hit songs from the 1980s given a soft-voiced easy listening or bossa nova treatment. Now the French band is touring in support of a new album. (18.01.2017)

"A Man and a Woman" made Claude Lelouch world-famous after he won the Palm d'Or. The French director is one of the most successful — and yet underrated — filmmakers of his generation. (30.10.2017)