Paris's cultural and political elite mourned the passing of legendary cinema giant Claude Chabrol on Sunday. The director of "Hell" and "The Butcher" died on Sunday at the age of 80. 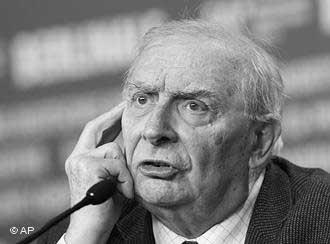 In 2009, Chabrol was honored for his life's work at the Berlin Film Festival

News of the prolific 80-year-old filmmaker's death was greeted with outpourings of sorrow from France's political and cultural leaders.

"The whole of French cinema and France has lost one of its giants," said Martine Aubry, leader of the opposition Socialist party. "Claude Chabrol's cinema was one of the works which constructed our society's vision of itself."

A break with tradition 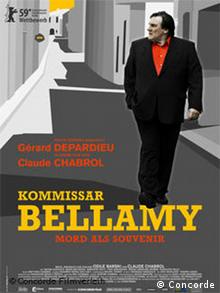 Chabrol was a prolific film-maker with some 80 movies to his name, including "Hell" and "The Butcher." At the peak of a career, the Acadamie Francaise awarded Chabrol the Rene Clair Prize in 2005. He was also honored for his life's work at the 2009 Berlin Film Festival.

In a statement on Chabrol's passing, France's Association of Film Directors said that each time a director dies, "a particular way of looking at the world and an expression of our humanity is lost forever."

American filmmaker Sofia Coppola was awarded the top prize for best film at the Venice Film Festival for "Somewhere," a look at the lonely life of a Hollywood star. But at least one critic claimed the contest was rigged. (12.09.2010)

The winners at the 63rd Cannes Film Festival included French directors and a Spanish actor, but the biggest surprise of the night was the film that took home the top Palme d'Or prize. (24.05.2010)

Industry leaders gathered at the European Film Market at this year's Berlinale to discuss the challenges facing the 21st century movie business. The central question - is the era of the great Hollywood studio over? (20.02.2010)