Industry leaders gathered at the European Film Market at this year's Berlinale to discuss the challenges facing the 21st century movie business. The central question - is the era of the great Hollywood studio over? 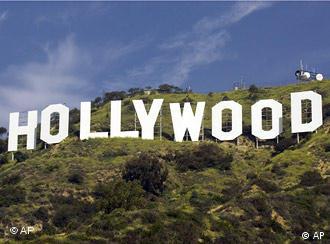 Industry leaders asked whether Hollywood had had its day

The European Film Market is the commercial arm of the Berlin film festival. Held in tandem with the main event, the EFM is an exchange floor for hundreds of potential movie deals - a forum where film producers compare ideas, struggling screenwriters try to bend the ears of high-powered executives, and where industry leaders look to the future and the challenges it holds.

One of the key issues this year was the global diversification of the entertainment industry, which is shaking up the way film deals are done around the world and threatening the dominance of the Hollywood studio.

As more and more new Hollywood movies are being financed, produced and shot outside the United States, film production companies are popping up like mushrooms all over the world, all serving the American audiences that make the US the biggest movie market in the world 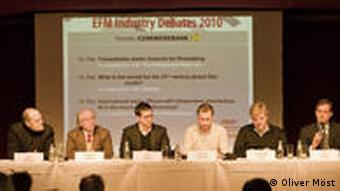 The EFM debate was held parallel to the Berlinale

But with cinema attendance sky-rocketing in places like China, and Arab nations embarking on ambitious bids to build domestic film industries virtually from scratch, western producers will soon have to face the fact that the US is no longer the biggest market for movies.

The industry debate held at this year's EFM set out to answer the question whether this meant the beginning of the end for Hollywood studio giants like Fox, Paramount and Warner Brothers? Would a new model soon begin dominating the global film market?

Frederic Sichler, an independent French film producer with close ties to the Egyptian film business, had an unambiguous answer, for one simple reason – distribution. "My answer is certainly not," he said during the debate. "There are two things to the US dominance: the control of distribution systems, and the production. For any non-US company to have a distribution system in place that covers the world - I will not see it during my life, that's for sure."

Instead, Sichler predicts that a lot of very strong locally-focussed companies will emerge in places like China and India, where the demand for domestic movies is huge and expected to grow even more. This will obviously have a major influence on the macro-economic picture, but Sichler believes this will be evolutionary, not revolutionary. 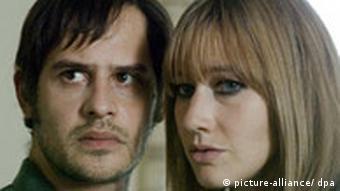 No single company will rival Fox, but a global network of companies will present strong alternatives. "What has changed is that to produce international content, and to have a global distribution network, you don't have only one model, which is to deal with the studio," Sichler said. "You can assemble several partners all around the world which can ultimately deliver the same result."

But Christian Grass, president of International Production and Acquisitions at Universal Pictures International, admitted that large US studios like his needed to keep pace with the global industry by diversifying along with it. "Speaking for Universal, the idea is to be more active in the international market, and supplement the business that comes from the studio with more local and international productions," he said.

European film production companies like Germany's Constantin and the French StudioCanal have also come to present a viable alternative to Hollywood, if only in the European market.

Ron Halpern, responsible for international productions and acquisitions for StudioCanal, says companies like his are large enough and better-placed to distribute films in Europe's three major markets: Germany, Britain and France. "I think what's interesting at StudioCanal is because we are at-the-source distributors in these three territories, we can get feedback very early from three countries with pretty different points of view," he told the debate. 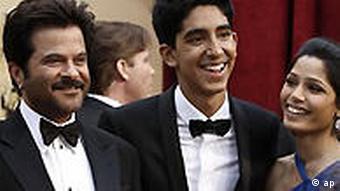 In other words, being smaller and closer to the ground can mean that you are better at marketing and distributing a movie in a specific place. After the debate, Halpern told Deutsche Welle that this was exactly why StudioCanal does not keep an office in Los Angeles: "If you have an office there then ... if you haven't brought in a film in a year, then why are you there? So at the end of the year you're like, "Shit, I gotta find a film."

As the British/Indian co-production 'Slumdog Millionaire' showed last year, Hollywood is no longer necessary to produce a major, internationally successful film. But the EFM's panellists agreed that the success of that film was still an exception, rather than a rule – the old Hollywood truism that American audiences are prepared to see one foreign film per year still holds.

Hollywood is still the only force in the film industry with the infrastructure to distribute a major 200 million dollar production around the world. And that is unlikely to change any time soon.

German film promoters are riding a new wave of popularity

German film can be grateful to Florian Henckel von Donnersmarck. His Oscar-winning 2006 feature 'The Lives of Others' - about East Germany under the Stasi secret police - marked an industry comeback. (31.01.2010)

The domestic intelligence service has been examining how dangerous the Alternative for Germany (AfD) political party is since 2019. Now the right-wing populists will be placed under observation.