At the 60th Berlin Film Festival, Asia’s movie industry has once again shown itself to be of very high quality. Anne Thomas has spent the week scurrying from one packed theater to the next. 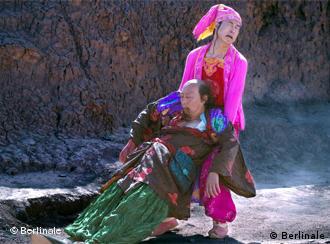 Still from the Chinese film "A Woman, a Gun and a Noodle Shop"

The caterpillar in Koji Wakamatsu's film of the same name is a war hero. He has come back to his village after losing both legs and arms in the Sino-Japanese war, as well as the faculty of speech.

All he can do is "eat and sleep" says his dismayed wife, who struggles to come to terms with the fact that this "thing" is her husband. But life and military rituals go on in the village and the facade of a functioning family life has to be maintained for the Emperor.

This is a shocking depiction of the atrocities of war and its everlasting impact, with extremely strong performances from the lead actors.

Decades later, the main protagonist of "Sawako Decides" is convinced not of the greatness of Imperial Japan, her community and herself but of their "averageness".

She describes herself as "lower-middling" and constantly shrugs "what can be done"? In Tokyo, she drifts from one boyfriend to the next, from one job to the next, until one day she makes a decision. She returns to her home village.

Despite the fact that she is merely "average", she will marry and will proceed to get her dying father's clam-packing factory back on the rails, regardless of the hostility of the villagers. The director, Ishii Yuya, uses a great deal of humor to tell this heart-warming story about a community by the sea.

"The Man beyond the Bridge" also comes against the hostility of villagers in Laxmikant Shetgaonkar's movie – the seventh only to be shot entirely in Konkani, one of the languages spoken in Goa.

A lonely widower – a government employee, who lives alone in the beautiful forest, befriends a local woman who is shunned for her supposed insanity. A touching love story develops. 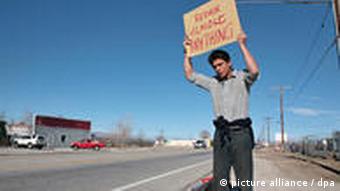 Laxmikant Shetgaonkar told the Berlinale audience that his "intention had been to bring cinema to the people of Goa, which has no film industry, and people to the cinema".

Forbidden love is the main theme of Kaushik Ganguly's bold feature about the making of a documentary on Bengali folk theater actor Chapal Bhaduri. "Just Another Love Story," featuring Bengali director Rituporno Ghosh in his impressive debut as an actor, is funny, intelligent and thought-provoking.

Less thought-provoking but equally funny is "Au Revoir Taipei" by Arvin Chen about a teenager who teaches himself French in a local bookshop, whilst he pines for his girlfriend who has moved to Paris.

To pay for a flight to the French capital, he embarks unwittingly on an adventure with a bunch of small-time crooks and ends up falling for the bookseller.

Hou Chi-Jan's "One Day" tells of teenage love affair with a tragic end. The director plays with the meaning of dreams, or even nightmares, by having his protagonists revisit the past in their future dreams – the viewer has to concentrate to keep up but in the end it all becomes sadly clear.

Love and hate on the Tumen River

This too can be said about "Dooman River", which tells of the Korean-Chinese community on the Chinese side of the Tumen River that is increasingly affected by the influx of refugees from the North Korean side. 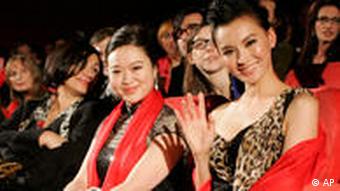 The villagers are caught between the humane desire to help when a hungry refugee comes knocking at their doors and the fear of punishment if they are caught not heeding the Chinese authorities' stipulation that all North Koreans should be reported and sent back. Sporadic incidents of crime do not endear the North Koreans more to the more conservative villagers.

As the director Zhang Lu, put it, the "community on either side of the Tumen river is like a big family, with the same blood and language, with love and loyalty, but also with the conflicts that all families know."

These movies, alongside the star-studded competition offerings "My Name is Khan" by Karan Johar, "About her Brother" by Yoji Yamada, "Together Apart" by Wang Quan'an and "A Woman, a Gun and a Noodle Shop" by Zhang Yimou, all reinforce the notion that the Asian movie industry is rich and full of promise.

Dorothee Wenner, one of the delegates of Berlinale and an expert on Asian films talks about this year’s film festival