After winning the 2018 International Leipzig Festival for Documentary, the film has been mired in controversy for giving a platform to racist slurs. Filmmaker Pablo Ben Yakov says he wanted to let the audience judge. 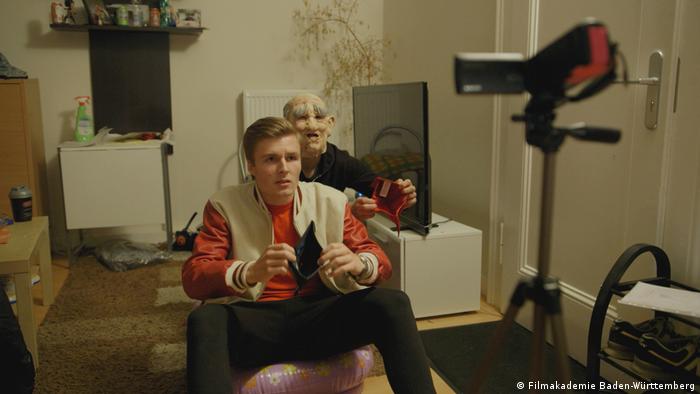 Lord of the Toys won this year's Golden Dove at the prestigious DOK long documentary competition in Leipzig — and has since been hotly debated.

The film is about the everyday lives of a group of twenty-something YouTubers in Dresden and is focused on influencer Max Herzberg — aka Adlersson — who boasts more than 280,000 subscribers to his main channel.

His success is based on clips showing him unboxing products ranging from knives to rap albums, while his income is derived from advertising and occasional fan donations.

It might seem innocent until we see Herzberg and his cohorts get drunk and make fun of telemarketers, often using anti-Semitic, racist or homophobic slogans.

Pablo Ben Yakov and co-author and cameraman André Krummel filmed the YouTubers over a two-month period, creating a raw, undistilled documentary with no explainers from the protagonists and no narration.

Yet the documentary has been the target of much criticism since its premiere, with critics saying people should not be given a platform to voice far right slogans.

DW spoke to the filmmaker, Pablo Ben Yakov, about his approach to the sensitive subject matter.

DW: Did reaction to your film come as a surprise?

Pablo Ben Yakov: Yes and no. Of course we made a film that we thought would trigger debate. But I was a bit surprised about which corner the debate came from. We were worried right wing extremists might threaten us but have meanwhile realized that the same kind of troll culture that we portray and criticize in the film has brought us a lot of attention. 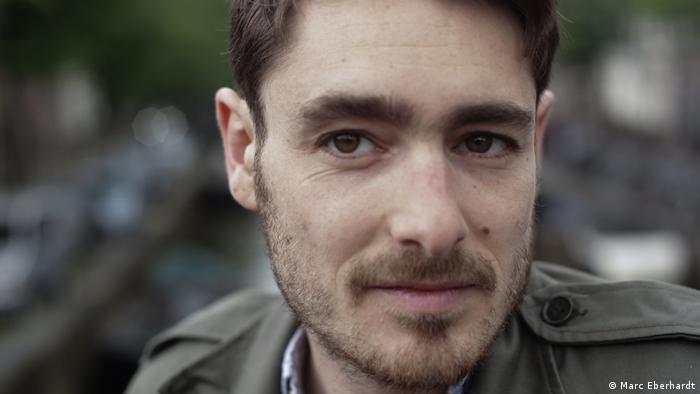 Pablo Ben Yakov, director of Lord of the Toys

Could you explain what you mean?

The fierce debate had its origin on Twitter and was started by people who couldn't have seen the film because it had not yet been released. But these people already knew — or thought they knew — that the film is uncritical in any case, without comment [from us] or context, and they did so in such a manner that there was an aggressive mood from the start.

Some people who saw the film also criticized the way it gives an unfiltered platform to the protagonists. What's your response?

Obviously, we've created a platform in the form of a film. So naturally, the question is justified, it's something you always have to ask yourself as a documentary filmmaker if you plan to tackle problematic issues. But I think that if you watch the film, you see that it is designed from beginning to end, that we put a lot of thought into how to portray the story we want to tell. Of course, our attitude is part of it.

People criticized the fact that there is no narrator to explain and order events.

I don't think narration would have contributed much. We wanted to draw attention to the fact that a dangerous de-communication is emerging on the internet, with people saying absurd things and creating an enormously aggressive atmosphere. And it's this aggressive mood that is dangerous. That is palpable in the film. If one of the men empties a can of deodorant by spraying another man's face over minutes at a time, it's clear that this is really painful, it crosses borders — it's pure aggression and violence. Having a narrator say that is superfluous. I trust the audience to understand these things.

The film is a little longer than 90 minutes, there's hardly any plot, or statement that the protagonists were serious about or that appeared to touch them. You accompanied the men for two months. Is that what they are really like all the time? 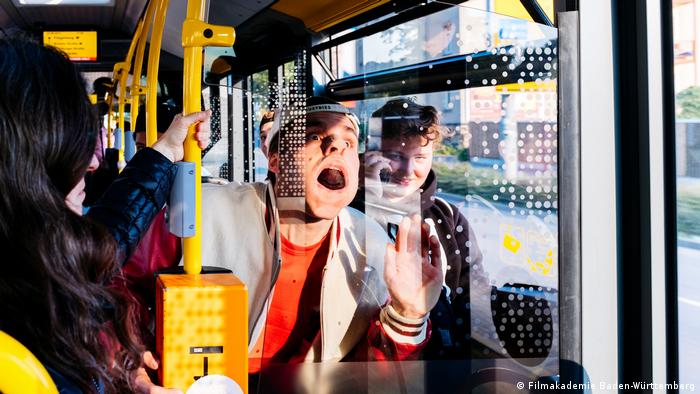 Acting out on the bus

You were present when the group verbally and physically attacked foreigners at the Oktoberfest. What went through your mind at that point?

It was clear from the start that there might be violence if we headed to Oktoberfest with the men. And we realized that it is almost impossible to film something like that because physical violence means we can't do our jobs properly. That's when intuition and reflexes kicked in. At the first blow, we stopped the camera and checked to see what was going on, whether anyone needed help. It was a real fight and it wasn't nice.

Do you think Herzberg's fans will watch the film and maybe take a more critical view?

I hope so. After the premiere we accompanied the men to their car when two fans showed up. I thought it would be the usual, something we had experienced a thousand times before. Instead, these two boys recognized me and said the film was really important, as was the discussion afterwards, which was too short. My jaw dropped because it was the first time I saw that they could utter regular sentences.

At the same time you can't expect to show the film and that everyone is converted. Of course some people think what Max Herzberg does is really funny, and who will more or less think what we filmed is really funny. There's no sense in pretending otherwise.

How do the protagonists feel about the film?

They saw it before the premiere and of course there were moments when they laughed at their own jokes. They do like to see themselves on the screen. What made me happy and also surprised me was the fact that someone said afterwards that "some of this is really sad;" and that "our eyes look so empty sometimes."

Of course they know when they have crossed a boundary, they do see that. And even if immediate change isn't in sight, I believe the film has got some people thinking.

A co-leader of the AfD has admitted that some members who hold particularly extreme views have been persuaded to leave. This comes as the far-right party seeks to avoid monitoring by the domestic intelligence agency. (06.11.2018)

'Influencer' named Germany's Anglicism of the Year for 2017

Beating out "blockchain" and "nice," the English word "influencer" — as related to social media celebrities — was voted the most prominent anglicism to make it into German parlance in the last year. (30.01.2018)