Leftist punkers Feine Sahne Fischfilet will be performing at a new location in Dessau after being blocked from performing at the Bauhaus due to concerns about far-right protesters. Here's a closer look at the group. The Rostock-based group has a strong dislike of neo-Nazis and right-wing radicals. The six musicians perform whenever and wherever there's reason to oppose rightist extremism.

Their approach: Full-on confrontation. Their lyrics sound like violence, rioting, and anger all jumbled into one.

Up until three years ago, they were on the watch list of the domestic intelligence agency of the state of Mecklenburg-Western Pomerania: The band was supposedly "explicitly anti-state," aiming to dissolve state structures and viewing violence as a "legitimate option for action in conflicts with political opponents."

In other words, FSF has all it takes to be a pure punk rock band. The group was founded in Greifswald, near Rostock, in 2007. That region has been a stronghold of right-wing extremists for a long time, of those with no qualms about spouting their opinions. The racist riots in Rostock-Lichtenhagen in 1992 made news around the world.

But the FSF guys adamantly distance themselves from rightists.

Singer Jan "Monchi" Gorkow loves his native area and wants to prevent far-right ideas from spreading. That's why he travels with his band to villages, autonomist and youth centers to play music. That's also why the band chose to celebrate CD releases with parties in small villages where nothing else usually happens.

They released two albums with downright coarse and even sexist lyrics in 2009 and 2011. Their 2012 album Scheitern & Verstehen (Failing & Understanding) was the first released under contract with a label. It contained less grit and deadening head-banging, but it was still packed full of punk. 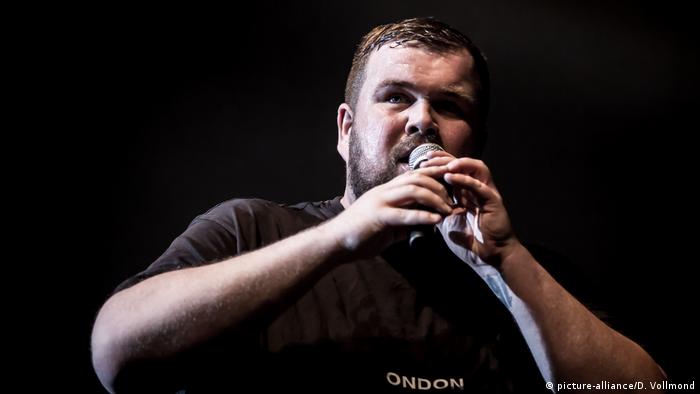 FSF more dangerous than the NSU?

The report about the band by Germany's Office for the Protection of the Constitution (the domestic intelligence agency) was released just before that album came out, and it was the best possible promotion for the band. Word spread quickly that the spy agency was more concerned with this provocative punk band than with the right-wing terrorists of the "Nationalsozialistischer Untergrund" (NSU). The press became familiar with the band and bit by bit, it became a household name.

FSF started touring around the country, and was consistently attacked. But the boys stayed true to themselves, taking sides with anti-fascist groups, ranting about right-extremists, and taking part in anti-Nazi demonstrations. "We love life, we like to drink, we like being anti-social sometimes, but I also love reading books just as much," said singer Monchi in a television interview on Tagesschau 24.

They have since gone on tour with the cult group Tote Hosen, and have become mainstays at popular festivals such as Rock am Ring, Deichbrand and Hurricane. 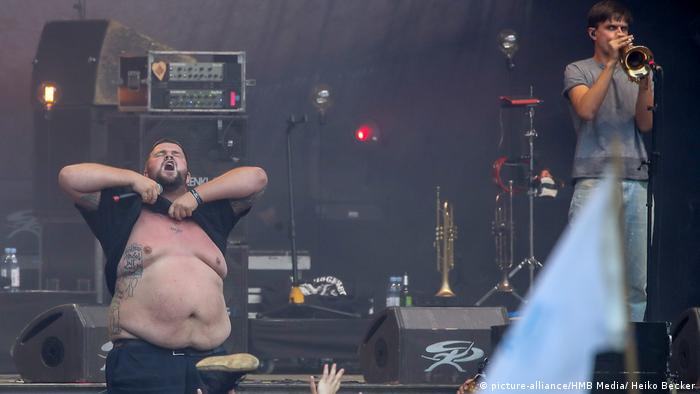 Singer Monchi shows what he's got

Scared of the mainstream?

The band is a bit overwhelmed with its success, and so are its fans. Is there a risk that the boozy, head-banging punk band could turn mainstream? Monchi refuted this in a TV interview with Germany's public broadcaster ARD: "Nah. The big festival stages are the perfect place to share a political stance with thousands of people and to celebrate together."

Their album Sturm & Dreck (Storm & Dirt), released in January 2018, has been their most successful up to now, hitting third place on the German album charts.

At the beginning of September 2018, they were among the 65,000 people who gathered in Chemnitz to send a loud and clear signal to right-wing extremists under the motto #WirSindMehr (#WeAreMore) following racist attacks there the previous week.

Die Toten Hosen, Kraftclub and Rostock Marteria performed on stage, as did FSF. In the run-up, someone from the right attempted to discredit the band by circulating a photo in which singer Monchi was allegedly holding up his arm in a Hitler salute. It was quickly revealed that the photo was a screenshot from a video in which Monchi was merely waving his right hand at the camera. 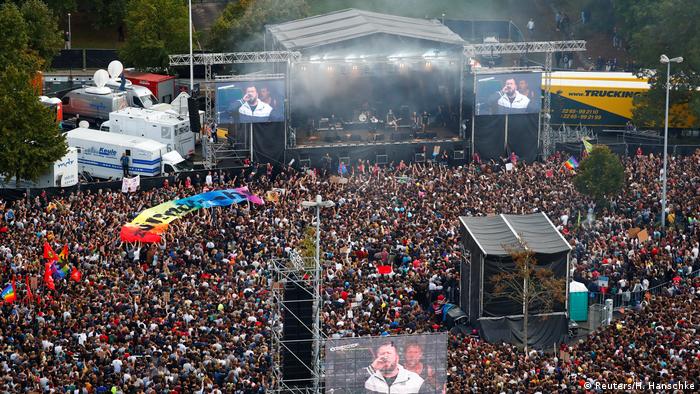 FSF at the #WirSindMehr festival on September 3 in Chemnitz

Punk needs a tad of hatred

Nevertheless, the band's lyrics, some of which are filled with hatred, are met with great disapproval by FSF critics. Lines of lyrics are shared with pleasure in social media, like: "We're in the mood for stress and a lot of hatred," or calls for violence against police officers: "The next police station is only a stone's throw away."

But for the band, the lyrics are an outlet. After all, they're a punk band and part of that is being polarizing and boldly voicing opinions, said guitarist Christoph Sell in the Tagesschau 24 interview: "But it's also clear that we want a pluralistic society. That's why we stand up for the rights of refugees; that's why we are part of  the campaign 'Zusammenhalt gegen den Rechtsruck' (Cohesion Against the Shift to the Right)."

And Monchi thinks that the band can best show "what we think of the assholes in our society" with precisely such lyrics. Hate is a feeling that people really could have given current conditions, he believes. "When people call for other people to be set on fire or that refugee homes should be set ablaze, you really can get angry. And I think it's also important not to be indifferent. I think it's nice that I haven't become indifferent yet." 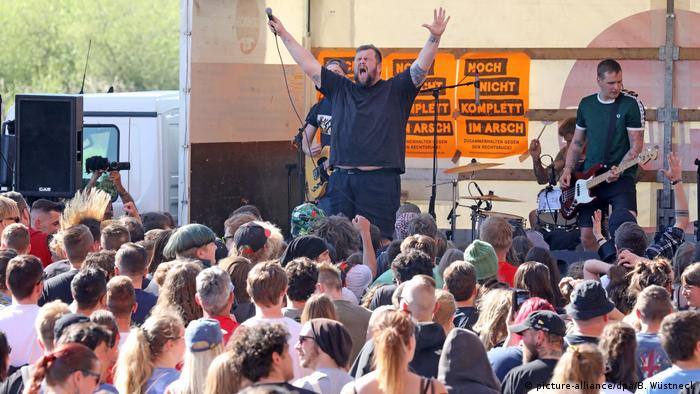 Provocative by taking a stand against racism: FSF

Everyone knows them now

Meanwhile, not only fans and enemies are familiar with band, but pretty much everyone else in Germany, too. Not least since the ban on performing at the Bauhaus in Dessau. There, the prominent foundation canceled the band's scheduled concert out of fear of riots and because they didn't want to offer a platform for politically extreme positions, whether left or right. But FSF has a new location: the Brauhaus Dessau, where they will play on November 6, the planned date for the canceled Bauhaus gig.

Although many people aren't familiar with FSF's music at all, they like the attitude of the six Rostockers: They do their thing and don't let themselves be intimidated by surveillance by the intelligence agency, by politicians or by right-wing rabble-rousing ("You want to silence us — you can't do that!" says one of their songs). 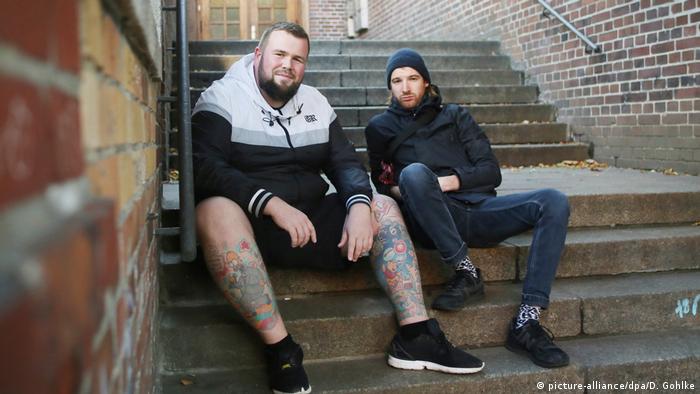 Brauhaus instead of Bauhaus: Monchi and guitarist Christoph are pleased about the new concert location

In a recent interview with ARD television, singer Monchi was relaxed about things. "If we were to cancel every time some Nazis issued warnings to us, then we wouldn't play any more concerts at all. You shouldn't buckle in front of these people. Instead, you should appear self-confident and say: 'Hey, we definitely won't let you take away our zest for life, and of course we won't cancel just because you think that we don't belong here.'"

And as a sign of their good will, the Rostockers are giving away 20 free tickets for their "Brauhaus" concert in Dessau, which was sold out within 20 seconds: They are all to go to the children of far-right Alternative for Germany (AfD) voters and those of the Christian Democratic (CDU) party. Profits from the sale of the other 800 tickets will go to the alliance "Dessau Nazifrei" (Nazi-Free Dessau).

"My project shows that music and art can give people something to live and hope for," says Israeli pianist and composer Amit Weiner about his project that revives the works of composers who were murdered by the Nazis. (30.04.2018)