Rampant graft afflicting the mining industry has led to a massive loss of public revenue in many countries. A new report shines a light on the risks of corruption occurring at the very start of the mining process. 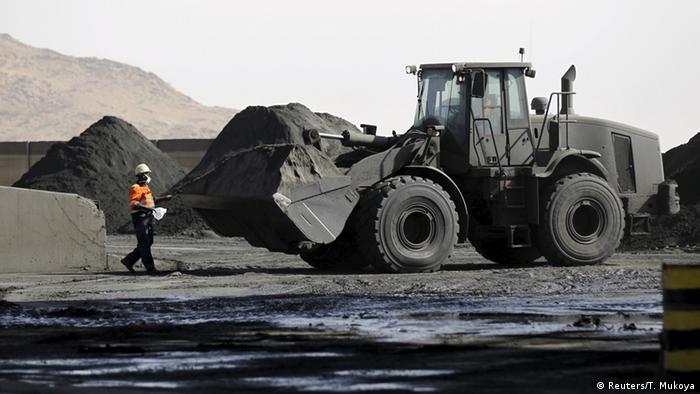 Corruption is a widespread problem in many natural resource-rich countries. Mining in these places is a contentious, graft-prone trade and enjoys poor reputation, epitomizing rampant loot of raw materials and crony capitalism while contributing to enormous environmental degradation and social unrest.

A new report now shines a light on the risks of corruption occurring at the very start of the mining process, where key decisions are made about whether, where and under what conditions mining is permitted.

The approval process is the first link in the mining value chain and ensuring that this process is graft-free could lead to more transparency and accountability in the sector.

The study's authors carried out research in 18 different countries, encompassing a diverse range of legal and socio-economic environments. The countries included major mining economies such as Australia, Canada and South Africa as well as emerging ones like Cambodia and Kenya, among others.

The researchers conducted interviews with stakeholders from civil society, multilateral organizations, governments and the mining industry to gather input for their study.

They conclude that corruption risks exist in mining approvals regimes of countries worldwide, regardless of the nation's stage of economic development, political context, geographic region, or the size and maturity of their mining sectors.

"Natural resources are too often vulnerable to corruption. We see this across the world as citizens are denied the wealth that is part of their natural heritage…The goal of this work is to lead to a greater understanding of corruption risks in the mining approvals process so that corruption can be countered at the very start of the process," Delia Ferreira Rubio, chair of Transparency International, was quoted in the report as saying.

In many countries, rampant corruption afflicting the mining industry has led to a massive loss of public revenue, estimated to be worth hundreds of millions of dollars every year.

In July this year, Global Witness, a London-based campaign group, released a report stating that the Democratic Republic of Congo was losing a fifth of all of mining revenues because of corruption and mismanagement.

Likewise, in Uganda, graft was stifling investment in the sector and eroding benefits and opportunities for Ugandans, Global Witness said. Numerous other countries share similar tales.

The corruption-related losses in these places blow a big hole in their state coffers and diminish the ability of their governments to provide public services like healthcare and education by reducing the funds at their disposal. In this way, graft plays a significant role in condemning these resource-rich nations to remain among the poorest in the world.

"Corruption at the start of the mine lifecycle compromises the rest of the process - impairing how operations are monitored and regulated, undermining the collection of taxes and royalties and damaging the mining industry's social license to operate," the Transparency International report stated.

The researchers underline the various problems that could arise as a result of graft in mining approvals. They point out that corruption can result in environmentally unsound and socially destructive mining projects being approved, rights to a country's mineral wealth being granted to unqualified or unethical operators, and politicians or government officials taking advantage of their position to profit from their interests in the sector.

The report came up with a long list of key risks and weaknesses in the mining approvals regimes.

It criticized the "revolving doors" of personnel between government and industry. "If not properly controlled, the movement of staff between industry and government [revolving doors] can lead to personal interests taking precedence over the public good," it said.

Furthermore, the study noted that if rules for opening land to mining are not clear or transparent, "investors can take advantage of decision-makers' discretion and offer bribes in exchange for access to land." As such, curbing authorities' discretionary power is crucial to cutting corruption.

To this end, the authors said, establishing a fair and transparent licensing regime is essential. The process should have clear rules and an effective licensing authority, with a complete and accurate register of licenses.

Another critical step is the effective evaluation of a mining project's impact on the social and environmental situation. "Effective verification of environmental and social impact assessments (ESIAs) is also needed to guard against the risk that license applicants will knowingly provide incorrect information about the potential impacts of their projects," the report said.

"By understanding the corruption risks faced in diverse jurisdictions, we are in a better position than ever to work towards ensuring mining contributes to sustainable development," said Serena Lillywhite, chief executive officer of Transparency International Australia.