The Tanzanian government is coming down hard on the country’s extractive industries. President John Magufuli wants them to pay higher fees and help build a processing industry for Tanzania’s mineral resources. 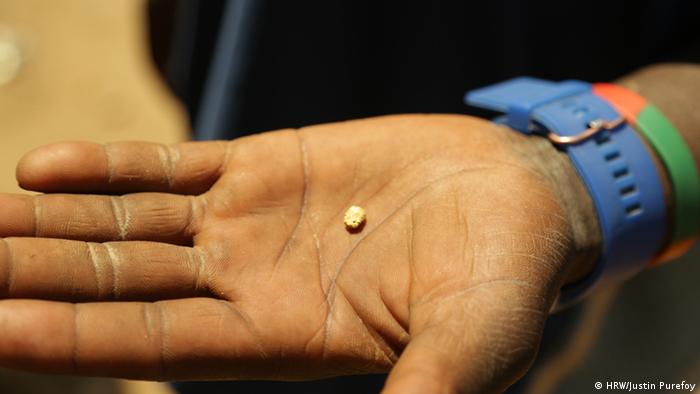 A few days ago, the Tanzanian government confiscated diamonds worth nearly $30 million (25 million euros), after accusing the British company Petra Diamonds of having declared a lower value when trying to export the gems. This comes in the wake of deteriorating relations between the company and the government which wants to renegotiate the terms of the contract with Petra Diamonds.

Economist Benedict Mahona of the Tanzanian Institute of Finance Management sees this incident as part of a wider pattern: "The government believes that we are under-benefitting from the resources that we have," he said. That is why President Magufuli has come up with a whole set of policies to change what he perceives to be an unjust sharing of commodity revenues.

Recently, new mining laws were fast-tracked through parliament to raise royalties for gold, copper, silver and platinum exports. They also gave the government the right to renegotiate contracts for natural resources like gas or minerals. Another important step was to remove the right to international arbitration. 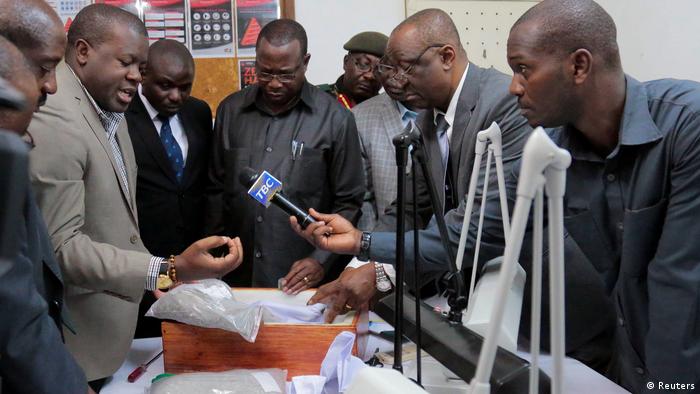 All of these decisions are likely to have consequences for the mineral resources sector, Chatham House analyst Rebekka Rumpel said: "It will definitively have an impact on how Tanzania is viewed by extractive companies." A Russian company which was planning to invest in uranium extraction has scrapped the project "partly because of the uranium prices, but also because it is worried about the investment climate," Rumpel told DW.

Companies already in Tanzania are also chafing under the increased pressure. Mining company Acacia has agreed to pay more royalties to Tanzania's government as it seeks an end to a dispute over alleged underreporting of production and profits. President Magufuli accused the London-listed company of theft after a government enquiry concluded that Acacia had undervalued its production of gold and other minerals for years. Acacia is now trying to avert payment of $190 billion in taxes it allegedly owes the government. Acacia has shut down some operations in the country, with ensuing loss of jobs.

This has got Tanzanian civil society worried. While agreeing in principle on the need for change in the mining sector, especially through the introduction of stricter rules and laws, Amani Mhinda of the non-governmental organization HakiMadini, criticized what he sees as the government's short-term stop gap measures. "I think there is a need for the current government to finance its ambitious budget. And I think it is falling short in all other areas, so it is putting pressure on the mining sector, as a short-term solution," he told DW. 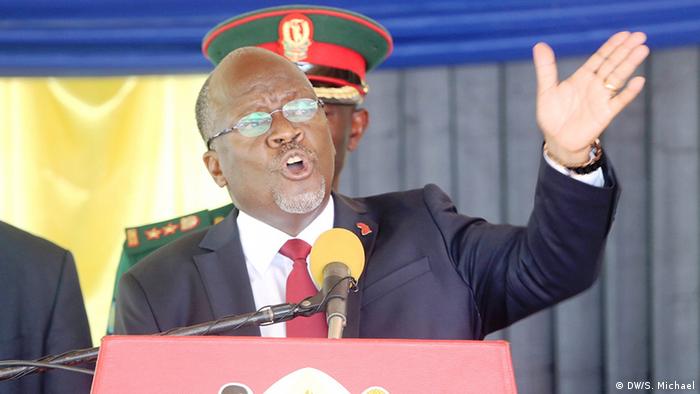 Mhinda's organization fights for an equitable distribution of Tanzania's natural wealth and so would like to see the government implementing measures to ensure long-term, sustainable solutions. "We are looking at dollars or euros, but there is more to the issue than just money," he said. "There are jobs, there is skills' transfer. We are getting into deep waters and it is going to be very difficult to turn around. Because the only solution seems to be the one that hasn't worked in the past, by letting state-owned enterprises take over the sector."

Mhinda is wary of what he regards as the president's high-handed approach, even on topics that are popular in Tanzania, like fighting corruption. "I think he is serious about corruption. The challenge is how he is going about it." According to the activist, people get accused publicly, are dismissed or forced to step down, without being given a chance to defend themselves.

"This could be a bad trend, especially for persons who have been wrongly accused. I'm not mentioning anyone in particular, but if it becomes a trend and normality, then anyone can accuse anyone. This is very dangerous for the rule of law and it may also affect governance," Mhinda said. 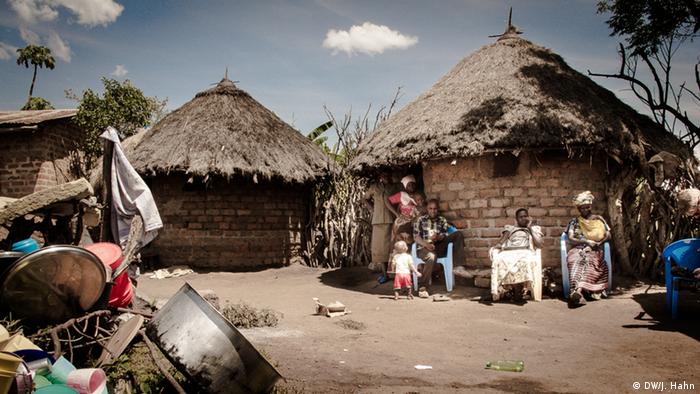 Revenues from mineral resources have yet to reach the poorest

Several officials, including two ministers, were forced to resign after Magufuli voiced suspicions that they were involved in wrongdoing in the mineral sector. One of the ministers was a good friend of the president, Rebekka Rumpel pointed out: "He has made powerful enemies in firing people for corruption." She recounts the time when he went to a water plant and confiscated the passports of two contractors he felt weren't doing a proper job: "Instead of taking them to the court he acted in a very immediate and unilateral fashion," Rumpel said.

Economist Benedict Mahona does not believe that mining companies will leave Tanzania or reconsider their plans to invest in the country, at least not in the long term. Mahona said that Magufuli was right in stating that the resources – which represent four percent of the economy - had so far not benefitted the Tanzanians themselves and that the contracts needed to be renegotiated. "Let's hope for the best and that these people come to negotiate and get the deal done. That's what we call a win-win situation," Mahona said.

Gas-rich Tanzania hosts a two-day congress aimed at bringing together policymakers and experts in the oil and gas industry. But the country needs to pick its strategic partners carefully, says analyst Anaclet Rwegayura. (09.09.2017)