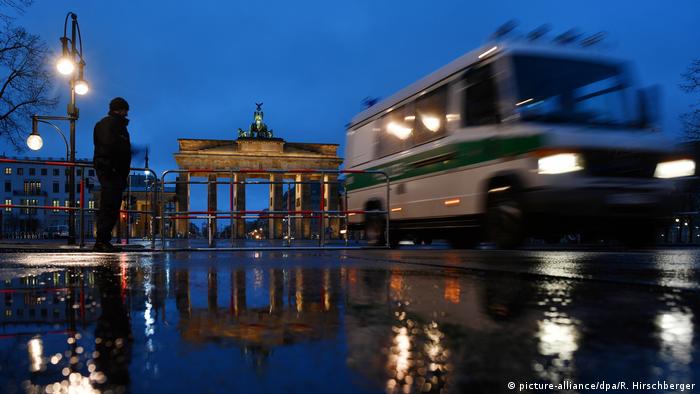 Germany has revised its terror threat levels at home and abroad following the assassination of Iranian General Qassem Soleimani, the country's Interior Ministry said, confirming an earlier report by a German newspaper.

Updated guidance was sent to police in Germany's 16 states by the Federal Criminal Police Office (BKA) on Friday so that they could take "appropriate security measures" in response to the developing security situation, the Sunday edition of Die Welt first reported.

The revision is particularly aimed at protecting US and Israeli-affiliated institutions within Germany.

Government security authorities in many German states are already on high alert .

Armin Schuster, a conservative CDU politician and home affairs expert, told Die Welt no one should underestimate the potential effects that Soleimani's assassination could have on the security situation in Germany.

"The escalation in the Middle East could also increase the prospect of terrorism in Western Europe," Schuster said. He added that Iran's activities in Germany had "long been a focus of the security authorities."

For Benjamin Strasser of the business-friendly Free Democratic Party, the focus should be on minimizing the risk. "Authorities need to check whether the protection of American, Israeli, Jewish and other endangered institutions should be increased," he said.

The German parliament recently voted in favor of a ban on activities by the Iranian-backed Lebanese militant group Hezbollah in Germany.

Protection afforded to various organizations in Germany is arranged on a state-by-state basis. In many states, synagogues are already protected by police, but following the 2019 attempted synagogue shooting in Halle many questioned why the place of worship did not have a police guard.