Isidore Heath Hitler first garnered infamy when he requested a cake with "Happy Birthday Adolf Hitler" for his son. He once wore full Nazi regalia to court when trying to regain custody of another child. 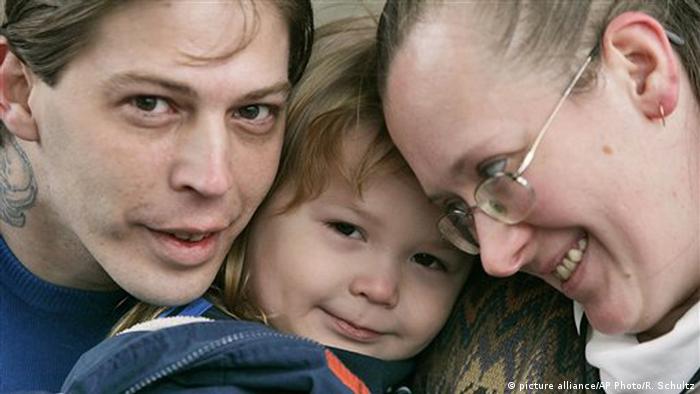 The Associated Press has again denied claims it aided the Nazi Germany war effort, but conceded it could have 'handled things better.'

A Dutch drugstore chain has removed a coloring book from its shelves after customers discovered a pattern for Adolf Hitler. The Kruidvat chain has expressed its "deep regret" about the incident. (06.04.2017)

In the film, "Look Who's Back," Hitler is "resurrected" and sent to the streets. He's met with cheers and selfies. Finally a film with black humor, says Sarah Hofmann, that shows how Germans have dealt with the past. (09.10.2015)

Never-before-seen Hitler photos up for auction

A photo album of never before seen photos of the German dictator will go up for auction on Wednesday. Many of the photos in the album were personal and would not have been published during his rule. (14.03.2017)

The diary of one of the most notorious Nazi leaders, Heinrich Himmler, is to be published next year by a Moscow-based institute. The diaries reveal the SS-Reichsführer's day-to-day appointments before and during the war. (02.08.2016)

A US man who named his children after Nazi party figures reportedly changed his name to "Isidore Heath Hitler" on the anniversary of the end of World War II in Europe.

"It's great. My driver's license is changed over, my insurance, my registration, all that I needed is changed over," Hitler told news outlet "My Central Jersey." "I'm the new Hitler."

The self-proclaimed Nazi gained infamy in 2008 when a supermarket refused to decorate a cake with "Happy Birthday Adolf Hitler" for the third birthday of his son Adolf Hitler Campbell.

Shortly after the story broke, young Adolf and his two siblings JoyceLynn Aryan Nation and Honszlynn Hinler Jeannie, named after SS commander Heinrich Himmler, were moved into state care. Heinrich Hons was born later and seized by authorities within days. Hitler's daughter Eva Braun, from a different mother and named after the Nazi leader's girlfriend, was also taken into state care.

Authorities cited domestic abuse rather than poor name choice for their decision. He was later sentenced to jail for domestic violence.

Hitler once turned up to family court in a Nazi uniform when trying to regain custody of his children, saying a good judge would see what was in the inside rather than what was on the outside. 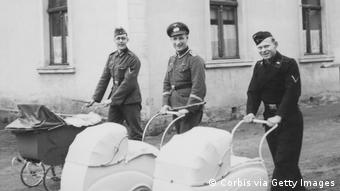 "I just want to be a dad. I just want to prove I'm a good father, because I am ... So what if I'm a Nazi, who cares?"
Read more: Man dressed as Hitler arrested in Nazi-eader's Austrian birthplace

He was featured in a 2014 documentary titled "Meet the Hitlers," which followed people who shared the fascist leader's name.

Read more: Hitler's paintings on auction - who buys them?

The mountain of shoes belonging to those killed at Auschwitz-Birkenau is among the site's most haunting memorials. Teri Schultz reports on steps being taken to ensure this history doesn't get lost.