Art is in the eye of the beholder, or so they say. But judging art - and not the artist - might be more difficult when it comes to the creative works of Adolf Hitler. 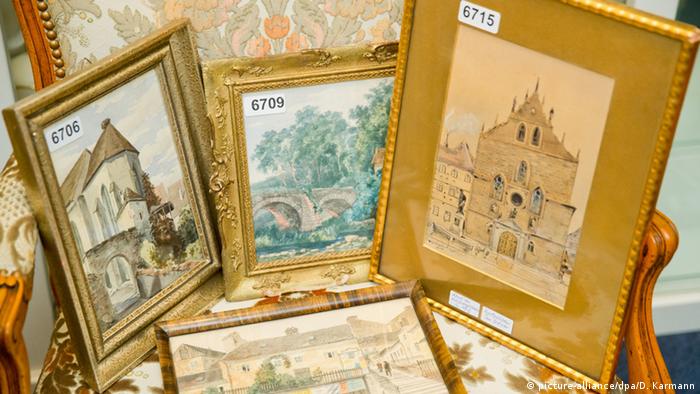 In the early 20th century, Adolf Hitler had moved to Vienna, where he reportedly lived a bohemian life, selling watercolors on the streets. Despite his repeated efforts to excel as an artist he was rejected twice by the Academy of Fine Arts in Vienna, which drove him further into poverty. 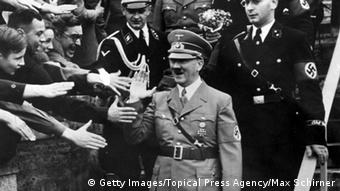 Before entering politics and turning Germany into a totalitarian state, Hitler wanted to become an artist

An auctioneer in Nuremberg has now sold a number of Hitler paintings created between 1904 and 1925 to the highest bidder. The Weidler action house in Nuremberg, founded in 1980, has become known for putting Hitler's art under the hammer. The owners insist that, as auctioneers, Weidler remains impartial throughout the process and that any criticism for trading in Hitler's paintings should be directed at the sellers rather than the auction house.

From "Neuschwanstein" to China

There were no details available on who bought the paintings, but auctioneers did disclose that paintings and drawings by Hitler had sold for about 40,000 euros ($44,640). Previous works by the Nazi dictator fetched a sum total of 400,000 euros in 2015. The most expensive item of the 2015 lot, a painting of Neuschwanstein Castle in southern Germany, was reportedly sold to a bidder in China for 100,000 euros. 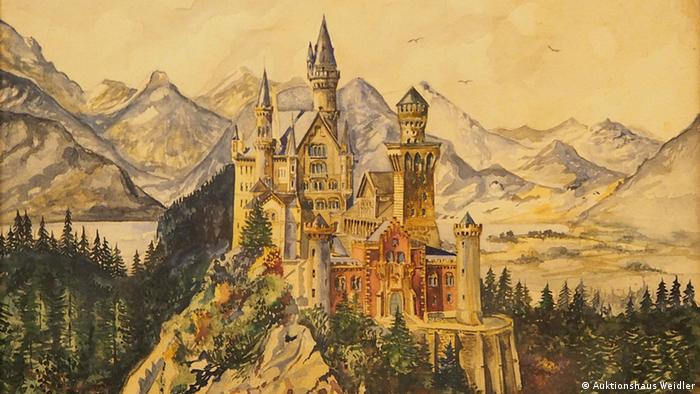 The majority of the artworks available at the auction - all signed either with Hitler's initials or "A. Hitler" - reportedly came from the household of a Protestant pastor in Hitler's native Austria. A few other pieces were added from private collections selling the divisive items.

An auctioning house in Nuremberg

In addition to the controversy surrounding the artistic and monetary value of the Nazi dictator, the location of the auction also raised a few eyebrows. Nuremberg hosted massive rallies during Nazi Party conventions in the 1930s and where Allied forces held trials for war crimes committed by Nazi leaders after World War II.

While it remains illegal in Germany to trade in Nazi memorabilia, it is not against the law to sell Hitler's art as long as it doesn't feature any banned Nazi symbols, such as swastikas. Hitler is thought to have stopped painting before entering politics but has famously said he always remained an artist rather than a politician.

"Once the Polish question is settled, I want to end my life as an artist," Hitler told LIFE magazine in 1939 at the onset of what would become World War II.