Himmler′s official war diaries to be published | Germany| News and in-depth reporting from Berlin and beyond | DW | 02.08.2016

The diary of one of the most notorious Nazi leaders, Heinrich Himmler, is to be published next year by a Moscow-based institute. The diaries reveal the SS-Reichsführer's day-to-day appointments before and during the war. 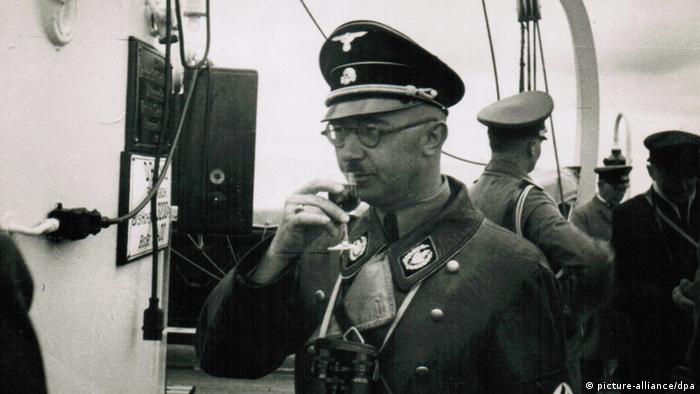 The official diary of SS chief Heinrich Himmler is to be released to the public, the Moscow-based German Historical Institute (DHI) has announced. The diaries, covering the years 1937-38 and 1944-45 were discovered in 2013 in a Russian Defense Ministry archive in Podolsk, outside Moscow.

The typed-out diaries, written ahead of each day by a series of adjutants, list in detail Himmler's day-to-day appointments, and have helped to complete a chronicle partially visible in Himmler's 1941-42 diaries, which were found in the early 1990s and published in 1999.

The documents show a busy schedule of meetings with bureaucrats, SS generals, foreign leaders like Benito Mussolini, and visits to concentration camps, including Auschwitz, Sobibor, and Buchenwald. 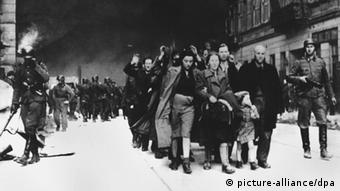 Himmler is often considered Adolf Hitler's immediate number two. By the end of the Third Reich twelve years later (and his suicide in British custody in Lüneburg on May 23, 1945), Himmler had accumulated so many different positions - Reichsführer SS, head of the German police, Interior Minister, and commander of the Replacement Army (the part of the Wehrmacht operating inside Germany) - that his power was only superseded by Hitler himself.

His roles put Himmler in control of the concentration camp network as well as the Nazis' domestic intelligence agency. Given that no other major Nazi leader apart from Josef Goebbels kept a diary of such detail, the impending publication is being viewed as particularly significant.

"Goebbels was really a figure in the second tier [of the Third Reich's power structure]," said Matthias Uhl, the DHI historian who directed the project and has been studying the find for the past three years. "Here one can follow Himmler's day minutely, and reconstruct certain important decisions."

The diaries also make the general picture of Himmler's role in the Holocaust much clearer. "It's now possible to reconstruct [Himmler's] work in the second half of the war," Uhl told DW. The diary shows that Himmler toured a number of concentration camps as well as the Warsaw Ghetto (on January 9, 1943), and took an active role in directing the mass murder of Jews.

"And we see how all of his contacts in his state and economic network fit together to reinforce his position," said Uhl.

One of the most important notes, published on Tuesday by "Bild," can be found under the entry for October 4, 1943, when Himmler made a speech to a gathering of SS leaders at 5:30 p.m. at the "Hotel Ostland" in Poznan, a city in occupied Poland. 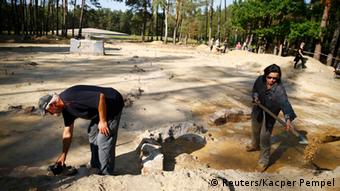 This entry documents the first of the infamous "Posen speeches,"(the German name for Poznan), one of the few times that a leading Nazi discussed the Holocaust on record. In the three-hour speech, a part of which was read during the Nuremberg trials, Himmler said, "Among us it should be talked about openly, though we will never talk about it in public - I mean the Jewish evacuation, the extinction of the Jewish people."

The new diary shows that the speech was followed by a meal with leading SS officers.

Uhl also confirmed that there was "no doubt" that the document was genuine, both because of the content and because it exactly matched similar documents of the time. "You can't forge something like that," he said.

The document was found in the Russian archive marked simply with the Russian word "Dnewnik," meaning diary, which was one of the reasons why it had been lost for so long. But Uhl underlined that there was no way of knowing how exactly it had fallen into the hands of the Red Army.

The 1,000-page document will be published in two volumes at the end of 2017, though the German mass-circulation daily "Bild" has already serialized parts of it this week.

The Podolsk archive contains some 2.5 million pages of documents seized during the war by the Red Army, which are in the process of being digitalized and released by joint German-Russian institutions.

"There were lots of tears in the interviews," says author Sarah Helm of her meetings with last survivors of the Nazis' only concentration camp for women, Ravensbrück. (25.01.2016)