Monday marks the 35th anniversary of the Chernobyl nuclear disaster. What happened in the former Soviet Union on April 26, 1986, is no longer a secret. 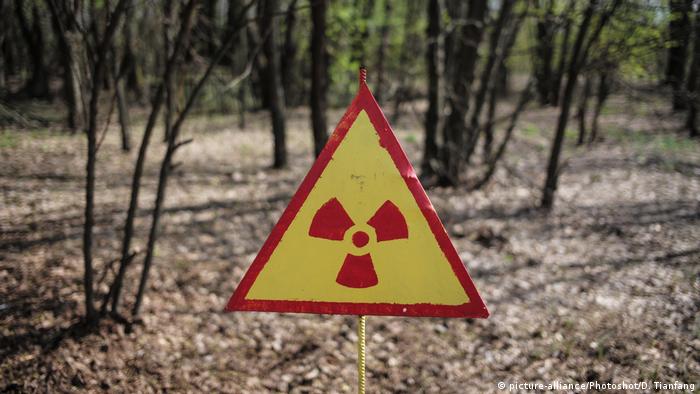 The Chernobyl Exclusion Zone is off-limits to most people

Is Chernobyl the biggest-ever nuclear disaster?

The 1986 nuclear disaster at the Chernobyl nuclear power plant near the city of Pripyat in northern Ukraine is often described as the worst nuclear accident in history. However, rarely is this sensational depiction clarified in more detail.

The International Nuclear and Radiological Event Scale (INES) does classify nuclear events on a scale of zero to seven, breaking them down into accidents, incidents and anomalies. It was introduced in 1990 after being developed by the International Atomic Energy Agency (IAEA) and the Nuclear Energy Agency of the Organization for Economic Cooperation and Development (NEA/OECD). Level seven denotes a "major accident," which means "major release of radioactive material with widespread health and environmental effects requiring implementation of planned and extended countermeasures."

Both the Chernobyl and 2011 Fukushima disaster have been categorized as such. But INES does not allow for nuclear events to be classified within a level.

If the term nuclear disaster is not only used to describe events, or accidents, in nuclear reactors but also radioactive emissions caused by humans then there are many occasions when human-caused nuclear contamination has been greater than that of the Chernobyl disaster, explained Kate Brown, professor of science, technology and society at the Massachusetts Institute of Technology.

"Let's take the production of plutonium," she told DW, referring to the American and Soviet plants that produced plutonium at the center of a nuclear bomb. "Those plants each issued as part of the normal working everyday order at least 350 million curies [a unit of radioactivity — Editor's note] into the surrounding environment. And that was not an accident. 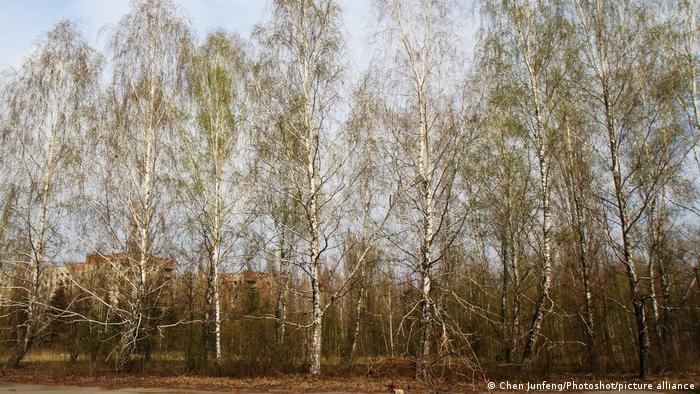 Some parts of the exclusion zone will continue to be contaminated for some 24,000 years

"Let's look at, even more dire, the issuance of radioactive fallout in the detonation of nuclear bombs during the periods of nuclear testing ground, which were located throughout the world, " she continued. "Those just take one isotope, one radioactive iodine, which is harmful to human health because it's taken up by the human thyroid, causing thyroid cancer or thyroid disease.

Are there mutants in the exclusion zone?

One of the most popular questions for tour guides in the exclusion zone, the area around the former nuclear reactor, is whether there are mutants. Computer games, horror films and books have propagated this notion, but it is misguided.

Denis Vishnevsky, head of the department of ecology, flora and fauna of the Chernobyl Radiation and Ecological Biosphere Reserve, reassured DW that he had never seen any two-headed wolves or five-legged rodents. 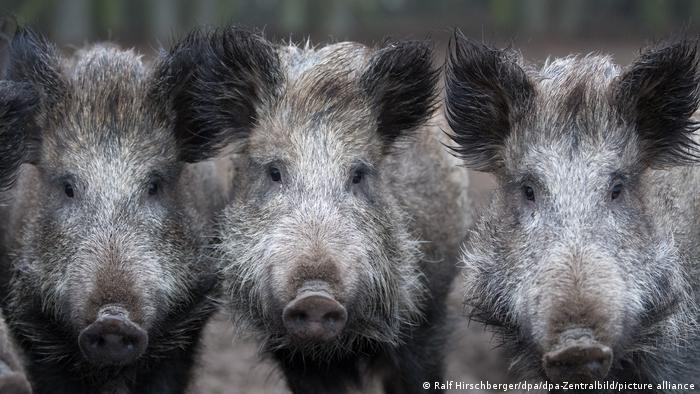 "The influence of ionizing radiation may cause some restructuring in the body, but mostly it simply reduces an organism's viability," he explained, giving the example of high embryo fatalities in rodents due to genomic defects that prevented the organism from functioning. Those animals that survive the womb sometimes have disabilities that prevent them from staying alive in the wild. Vishnevsky and his colleagues have conducted research into thousands of animals in the exclusion zone, but have not found any unusual morphological alterations.

"Why? Because we were always dealing with animals that had survived and had won the fight for survival," he said. He added that it was difficult to compare these animals with creatures that scientists had deliberately exposed to radiation in laboratories.

Has nature reclaimed the site of the disaster?

Reports entitled "Life Flourishing Around Chernobyl" and photo series suggesting that the exclusion zone has become a "natural paradise" might give the impression that nature has recovered from the nuclear disaster. But Brown, who has been researching Chernobyl for 25 years, is adamant that this is "not true."

"That's a very seductive idea, that human messed up nature and all they have to do is step away and nature rewrites itself," she said. In reality, however, biologists say that there are fewer species of insects, birds and mammals than before the disaster. The fact that some endangered species can be found in the exclusion zone is not evidence of the area's health and vitality.

Nature is taking back Chernobyl

On the contrary: there has been a significant increase in the mortality rate and a lowered life expectancy in the animal population, with more tumors and immune defects, disorders of the blood and circulatory system and early ageing.

Scientists have attributed the apparent natural diversity to species migration and the vastness of the area. "The exclusion zone comprises 2,600 square kilometers [about 1,000 square miles]. And to the north are another 2,000 square kilometers to the north is Belarus' exclusion zone," said Vishnevsky. "There are also areas to the east and west where the human population density is extremely low. We have a huge potential for preserving local wild fauna." That includes lynxes, bears and wolves which need a great deal of space.

But even 35 years after the disaster the land is still contaminated by radiation, a third of it by transuranium elements with a half-life of more than 24,000 years.

Is it safe for tourists to visit Chernobyl?

The exclusion zone was already a magnet for disaster tourists, but in 2019 annual numbers doubled to 124,000 after the success of the HBO miniseries Chernobyl. The State Agency of Ukraine on Exclusion Zone Management has set up a number of routes so tourists can visit the region by land, water or air. It has also drawn up a number of regulations to protect visitors, stipulating that people must be covered from head to toe. They shouldn't eat any food or drink outside, and they should always follow official paths. It's estimated that the radiation dose received over a one-day visit does not exceed 0.1 millisievert (mSv) — roughly the same dose that a passenger would be exposed to on a long-distance flight from Germany to Japan, according to Germany's Federal Office for Radiation Protection.

Some medical uses might expose a patient to much higher doses. Sven Dokter, the spokesman for the German nuclear safety organization Global Research for Safety (GRS), said that the dose of an effective pelvic X-ray ranged from 0.3 to 0.7 mSv, while a CT scan of the chest ranged from 4 to 7 mSv.

Chernobyl as a tourist attraction

Dokter said a visit to the exclusion zone would not cause any undue harm if visitors paid attention to the rules and took an official tour.

"We're a long way off from the doses needed for a warning against such visits to be issued," he told DW. "On average in Germany a person receives a radiation dose of over 4 mSv per year. Half of this is from the natural radiation that we're always exposed to and the other half comes from standard medical procedures and flights."

The IAEA also has no qualms: "One may certainly visit the Chernobyl area, including even the exclusion zone, which is a 30-kilometer radius surrounding the plant, all of whose reactors are now closed. Although some of the radioactive isotopes released into the atmosphere still linger (such as Strontium-90 and Caesium-137), they are at tolerable exposure levels for limited periods of time," said the organization's website.

Are there people living in the area?

Today, Pripyat, the closed city built to serve the nuclear plant and house its employees, is often described as a ghost town, as is the nearby city of Chernobyl.

However, neither has been entirely empty since 1986. Thousands of people, usually men, have stayed there, often working two-week shifts and ensuring that the crucial infrastructure in both cities continues to function. After the explosion in reactor No. 4, reactors 1, 2 and 3 continued to operate, closing down only in 1991, 1996 and 2000. Special units of the Ukrainian Interior Ministry police the zone. There are also stores and at least two hotels in Chernobyl, which are mainly for business visitors.

There are also a number of unofficial inhabitants, including people who used to live in the area and have chosen to return. They have settled in villages that were evacuated after the disaster. The exact number of people is unknown: when DW asked the State Agency of Ukraine on Exclusion Zone Management how many people lived in Chernobyl, the official answer was "nobody."

In 2016, about 180 people were thought to be living in the entire exclusion zone. Because they tended to be older, this number may well have fallen. Even though these locals are officially only tolerated, the state does support them in their everyday lives. Their pensions are delivered once a month, and every two to three months they are supplied with food by a mobile store.

The Chernobyl photos that have shaped our memory

The nuclear disaster of Chernobyl became photographer Gerd Ludwig's life's work. He was one of the first foreign journalists to see the site of the tragedy for himself. His images have shaped public opinion for 30 years.