Workers in Europe had to adapt to high temperatures in recent days. But the impact of heat stress on the global economy by the year 2030 will be severe, according to the UN. The world’s poorest will be worst affected. 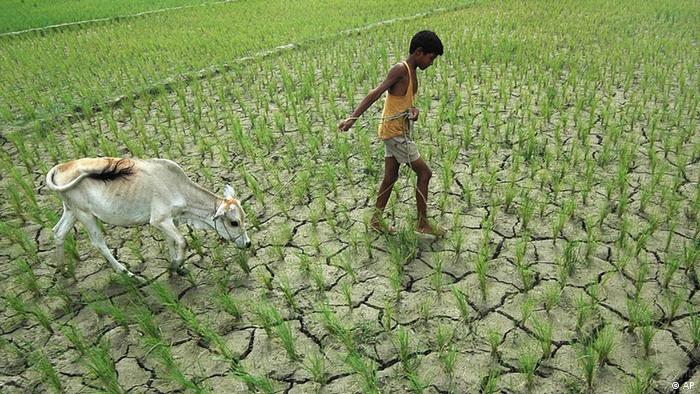 Most workers in Europe are not used to extreme heat. They got a taste last week of just how debilitating it can be when temperatures of 40 degrees Celsius and above afflicted much of the continent, and its productivity with it.

Yet extreme heat has long been a reality for millions of workers around the world, many of them in some of the world's poorest countries and regions.

And there's a difference between an office worker occasionally forced to work a day or two in uncomfortable heat, and a textiles factory worker in a building without air conditioning, or a farmer working outside in 40 degrees or more.

Heat stress refers to heat in excess of what the human body can typically tolerate without suffering impairment. Generally occurring at temperatures above 35 degrees, excess heat in a work environment has multiple negative impacts.

And according to a new report from the International Labour Organization (ILO), a UN agency that promotes working standards around the world, things are going to get worse.

The study, titled "Working on a warmer planet - the impact of heat stress on labour productivity and decent work," says a major increase in climate-change-related heat stress could bring down global productivity levels by the equivalent of 80 million full-time jobs by the year 2030.

In monetary terms, that many jobs are equivalent to global economic losses of $2.4 trillion (€2.1 trillion).

Using projections based on a global temperature rise of 1.5 degrees Celsius by the year 2100, the report says that if such an increase became a reality already by the year 2030, 2.2% of total worldwide working hours would be lost to extreme heat and heat stress.

That estimate in itself is conservative. The assumed global temperature rise of 1.5 degrees Celsius is well below recent estimates from the UN World Meteorological Organization, which said temperatures could rise by a massive 3-5 degrees by the end of the century.

It also assumes that work in agriculture and construction — the two sectors most severely affected — will be carried out in the shade.

Agriculture will be the sector worst hit. Almost 1 billion people worldwide work in agriculture, and it accounts for 60% of the projected job losses by 2030. The construction sector will also be severely impacted, with millions of jobs expected to be lost.

Nigeria: Empowering the next generation of farmers

Nigeria: Empowering the next generation of farmers

Other sectors said to be at risk are environmental goods and services, refuse collection, emergency, repair work, transport, tourism, sports and some forms of industrial work.

"The impact of heat stress on labor productivity is a serious consequence of climate change, which adds to other adverse impacts such as changing rain patterns, raising sea levels and loss of biodiversity," said Catherine Saget, Chief of Unit in the ILO's Research department.

The report makes detailed assessments of how various regions of the world will be affected, namely Africa, the Americas, the Arab States, Asia and the Pacific and Europe and Central Asia.

A key finding is that the impact of the loss of productivity will be unequally distributed.

Of the projected lost jobs and productivity, southern Asia and western Africa will be worst affected. More than 50 million jobs, or the equivalent in lost productivity, will go in those two regions, according to the report.

"We can expect to see more inequality between low and high income countries and worsening working conditions for the most vulnerable, as well as displacement of people," said Saget, who is also one of the main authors of the report. 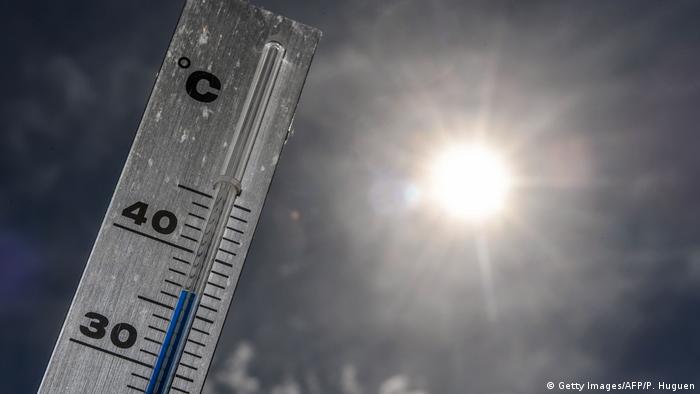 The report says that on top of extreme heat affecting lower-income nations more, it will also affect them in a disproportionate way as poorer economies have fewer resources to cope with extreme heat.

In that respect, extreme heat and climate change will reinforce existing economic imbalance around the world, according to the report. It will also greatly increase migration flows from workers fleeing parts of the world most affected.

The report states that "the economic, social and health effects of heat stress would make it harder to tackle poverty and promote human development, and, consequently, also to attain most of the United Nations Sustainable Development Goals (SDGs)."

Yet as bleak as its projections are, the authors say solutions are available. It urges governments to take action now to address heat stress risks and their subsequent impact on workers.

"To adapt to this new reality, appropriate measures by governments, employers and workers, focusing on protecting the most vulnerable, are urgently needed," says Saget.

It recommends the structural transformation of rural economies, so workers don't have to work so hard in such difficult conditions, as well as skills development programs and investment in infrastructure and technology to combat the effects of heat in various parts of the world.