Activists "Sound the Alarm" on the climate and ecological emergency as G7 leaders meet in Cornwall. The environmental campaigners are staging a series of demonstrations throughout the three-day summit. 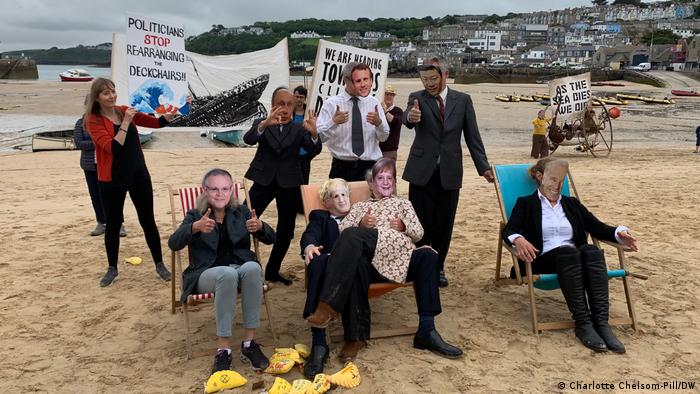 Hundreds of protesters streamed through the narrow streets of the seaside town of St. Ives on Friday, just a short distance from the tightly secured Carbis Bay resort, where theleaders of the world's biggest economies were gathering for the opening day of the Group of Seven summit.

The demonstration was organized by Extinction Rebellion — which describes itself as a "non-violent civil disobedience" activist movement — known globally for its creative, but sometimes disruptive actions.

As the group set off under police escort, one speaker declared that "they [the G7 leaders] need to hear us in Carbis Bay," sounding the starting bell for protesters and the accompanying samba band to set off on the spirited 90-minute march. 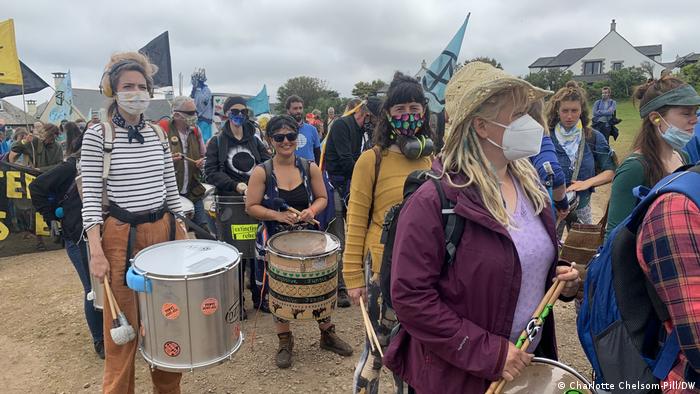 While that may have been ambitious, participants of the "Sound the Alarm" protest were invited to make as much noise as possible with drums, air horns and rattles.

"It needs to be said loud and clear. We are sounding the alarm because we are facing catastrophe, ecological collapse and climate collapse," Melissa Carrington, Extinction Rebellion spokesperson and retired environmental consultant, told DW.

"What's happening in the global south now will be happening to us soon, so people need to know this."

"The G7 leaders need to know that vague promises are not good enough. We need policies, we need plans, we need it enshrined in law and we need immediate, urgent action," Carrington added.

Local residents and business owners lined parts of the protest route taking photos — some bemused, others enthralled as the activists made their way through the town in a procession that was as colorful as it was noisy. 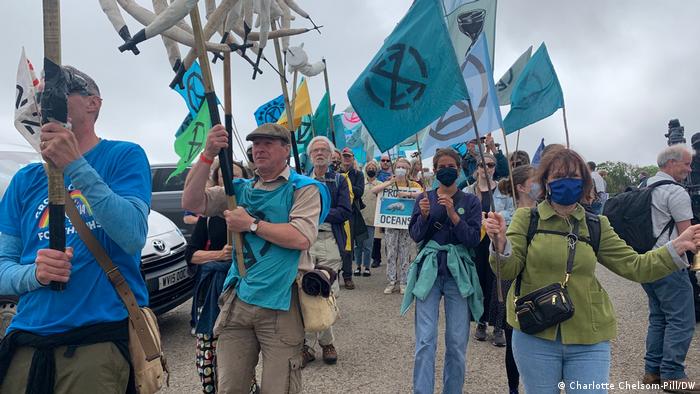 The march culminated in a delegation of activists delivering letters containing messages from communities in climate-vulnerable countries to the gates of the hotel where leaders were meeting.

Indeed, staging a global summit on a narrow, hard-to-reach peninsula during a global pandemic and the tourism season comes with its challenges.

This is Devon and Cornwall Police's largest-ever operation. Some 6,500 officers have been brought in from across the UK to monitor the event — some of whom are being housed on a ferry in nearby Falmouth. 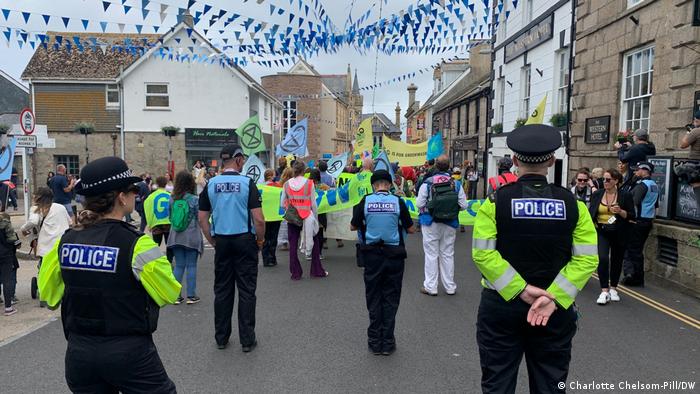 Security checkpoints have been set up on the approach to Carbis Bay, several roads are closed and airspace restrictions are in place.

Alongside security at the summit itself, officers are policing multiple demonstrations organized by dozens of activist groups throughout the course of the talks.

Police have stressed it is their obligation to facilitate peaceful protests, while balancing the rights of residents to be able to go about their business as much as is feasible. 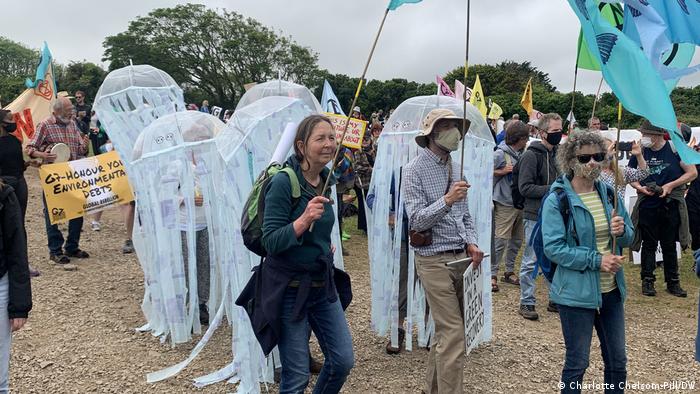 Climate change is a top issue on the G7 summit agenda, along with recovery from the coronavirus pandemic

But Alison Hernandez, Police and Crime Commissioner for Devon, Cornwall and the Isles of Scilly, told DW police are fully prepared if protests turn violent.

"We've got a lot of protest liaison officers … particularly trained to work with protesters and they'll be trying to facilitate peaceful protests really proactively. But we've got some hard end policing on the back of that if that's required," Hernandez said.

"We are hoping that is not going to be needed here," she added.

"We want people to do it the Devon and Cornwall way. Let's do it peacefully, work with the police. We want to hear your voice. So please just be safe."

Police have created four "designated protest" sites, although they have attracted some criticism from protesters, with one site roughly 170 kilometers (105 miles) from the summit itself. 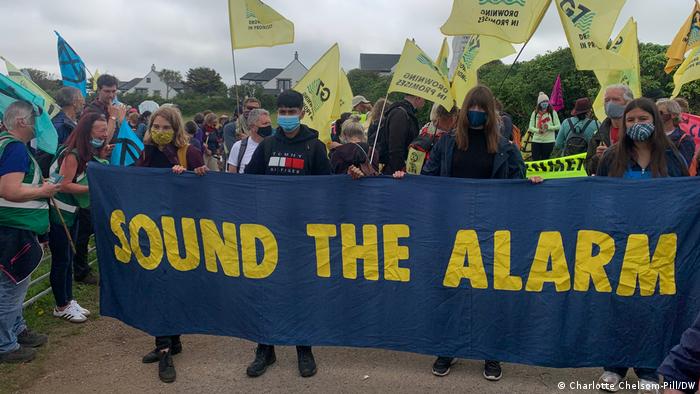 One activist umbrella group, the Resist G7 Coalition (RG7), has said they will boycott the sites in favor of being closer to the venue and having the maximum impact.

RG7 are planning protests throughout the weekend, with an international "Day of Action" organized closer to Carbis Bay on Saturday.

Meanwhile, Extinction Rebellion will stage another non-violent march targeting what they describe as the government's "greenwashing" of the climate and ecological emergency.

Oxfam has called on the leaders of the G7 countries to pursue greater cuts to emissions or face economic consequences worse than those caused by coronavirus.

G7 leaders are examining a new package of actions aimed at increasing pressure on Russia over its war in Ukraine. Ukrainian President Volodymyr Zelenskyy appeared by video to appeal for more help.