Examining China′s environmental and social impact in Latin America | Asia | An in-depth look at news from across the continent | DW | 15.04.2015

In just a few years, China has become not only the largest creditor but also the main trading partner of several Latin American countries. But China's expansion is also taking a toll on the region, a new study finds. 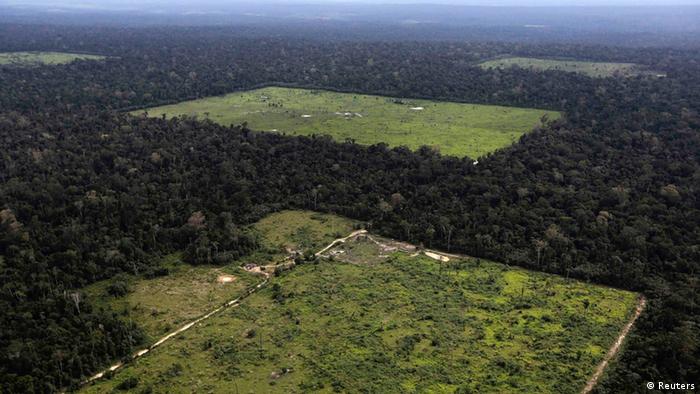 Until just a few years ago, Chinese corporations were relatively unknown in Latin America, but their direct investments in the region have averaged about $10 billion per year since 2010, according to the United Nations Economic Commission for Latin American and the Caribbean (ECLAC). Most recently, China pledged to invest $250 billion in the region over the next 10 years.

While their presence and economic leverage have become very significant in many industries and countries of the region, the Chinese have recently also been associated with significant environmental degradation and social conflict, a new study released on Wednesday, April 15, shows.

The paper, a multi-university effort coordinated by the Global Economic Governance Initiative (GEGI) at Boston University, says that Latin American exports to China were twice as carbon intensive and three times as water intensive than overall economic activity in the region.

Titled "China in Latin America: Lessons for South-South Cooperation and Sustainable Development," the report also finds that both regional governments and Chinese firms have largely fell short of mitigating the negative impacts of trade and investment during the recent boom.

In a DW interview, Rebecca Ray, one of the authors of the publication, talks about the extent of the damage, the role of Chinese firms and the need for local authorities to enforce their own standards, and give civil society a seat at the negotiating table.

DW: Setting aside the economic benefits of the relationship, what impact has Latin America's recent China-led economic boom had on the environment? 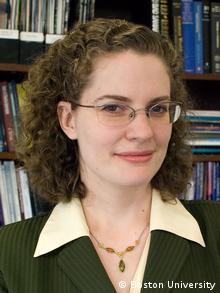 Ray: 'Latin American exports to China have a much heavier environmental footprint than their other exports'

In environmental terms, this means that on average, Latin American exports to China have a much heavier environmental footprint than their other exports: they use twice as much water and produce 12 percent more greenhouse gases. As China continues to grow in importance, this difference is going to have important impacts on the region's management of its natural resources.

The other major aspect of the China-led boom is Chinese financing of Latin American infrastructure, like the Nicaragua Canal and the upcoming Brazil-Peru transcontinental railway that cuts through some of the most biodiverse lands in the region.

Important research already shows that paths into the Amazon rainforest are the most important driver of deforestation, because they bring new human settlements all along them and splinter the forest. The impacts of these major upcoming infrastructure projects haven't been felt yet, but as these projects turn into realities, they will have major impacts on the region's conservation goals.

Which Latin American countries have been among the most affected?

Argentina and Brazil - major suppliers of soybeans to China - show the biggest impacts on water use. Every dollar of exports that Argentina sends to China uses an average of 10 cubic meters of water - compared to just 4.5 cubic meters per dollar in their overall exports to the world.

Brazil's difference is smaller but still significant: they use an average of 4.3 cubic meters of water for every dollar of exports to China, compared to just 3 cubic meters per dollar for their exports to the world as a whole. We can also expect to see deforestation along the path of the planned railway through the Brazilian and Peruvian Amazon, and along the Nicaragua Canal.

What role have Chinese firms played in this development?

Overall, Chinese firms have shown themselves willing and able to meet the standards set and enforced by their host countries. For example, our work traces the performance of one company - Sinopec (China Petroleum and Chemical Corporation) - in its work in three different countries: Argentina, Colombia, and Ecuador.

Where host country governments set high standards, communicate them clearly, and enforce them, Sinopec has complied. For example, in Ecuador, Sinopec has been the target of fewer environmental protests than their competitors from other countries or even the local state-owned oil companies. 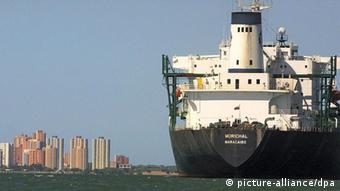 But where environmental standards aren't communicated or enforced, Sinopec hasn't gone out of its way to meet them. For example, just last year Colombia's Attorney General's office cited Sinopec for never following through on its 2010 commitment to spend $500,000 on conservation - but the same report cited the National Environmental Licensing Authority for not having held them accountable for that commitment until now.

On the whole, Latin American governments have very progressive environmental policies on the books. But there's always going to be a strong incentive for governments to not enforce their own standards.

Like any other investors, Chinese investors pay taxes and royalties on their investments, and if production has to come to a halt for a cleanup operation, then production will suffer - and so will the royalties. Meanwhile, the Chinese state-owned "policy banks" that back most of these projects have environmental standards also, but they don't have a way to tell if their investors are living up to them in their operations on the other side of the world.

So it's up to Latin American civil society to set the policy agenda and to raise the alarm when it's not being met. Recently, Latin American environmental and indigenous-rights groups began reaching out directly to Chinese lenders to open a line of communication, so they can tell them when there are problems.

What have been the social repercussions of China's recent involvement Latin America?

But exports to China keep getting more and more concentrated in low-labor-intensity sectors like oil, natural gas, and industrial agriculture, so the number of jobs that those exports support on average keeps falling.

Over the last decade, the number of jobs per million dollars of Latin American exports to China has fallen by about a third, from 67 in 2002 to just 44 in 2012. This means that as Latin American economies become more oriented toward exporting to China, they'll become less oriented toward jobs. That has major implications for everyone's welfare.

How has this impacted the region's indigenous people?

Indigenous territory happens to be on top of some of the richest mineral deposits in the region. Conflicts between indigenous tribes and oil interests are nothing new in Latin America, but they've become sharper in recent years, as Chinese demand and interest in new oil fields has surged.

Most of Latin America has signed onto Resolution 169 of the International Labor Organization, which commits them to consulting with indigenous groups before any developments that will affect their traditional lands. But these consultations aren't binding - and the incentives to get at those mineral deposits are enormous, especially in countries that still have immediate poverty problems to address.

The planned Brazil-Peru transcontinental railway is expected to wind its way around indigenous territory on its path across the continent, and for that it is to be applauded. Unfortunately the same can't be said for the Nicaragua Canal, which is expected to go through Kriol and Rama territory on the Atlantic Coast. Construction began a few months ago and the indigenous groups are raising the alarm globally.

What is needed to tackle these issues?

The most successful example of community consultation took place in Bolivia, involving a small tin mine run by a joint venture between the Chinese Jungie Mining Company and the local Alto Canutillos mining cooperative. The local community rejected the idea of having a tin processing plant nearby, where tailings runoff might interfere with their small farms. 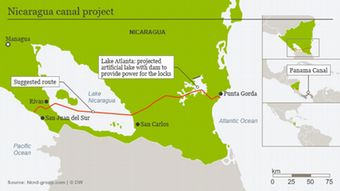 But the Bolivian state-owned mining company COMIBOL found and donated land 25 miles away, where the community welcomed a plant. This took collaboration from a Chinese company, a local cooperative, two local communities, and a Bolivian national state-owned enterprise. It's an impressive feat, really. All of the parties had to come to the table, take each other's concerns seriously, and work to find a solution that would meet everyone's needs.

Our findings show that if Latin American governments want to succeed in their new partnership with China, they must enforce their own standard, and give civil society an important seat at the table.

Similarly, Chinese lenders need to know whether their standards are being met or not, which they can't do without enlisting the support of their host governments and civil society. The case of Sinopec shows that Chinese companies are able to live up to Latin American standards when they're enforced.

Rebecca Ray is Research Fellow at the Global Economic Governance Initiative at Boston University in the United States.