After the BRICS summit and a visit to Brazil, China's President Xi Jinping is embarking on a tour of Argentina, Venezuela and Cuba in a bid to boost ties and gain clout in the region, as analyst Victor Mijares tells DW. 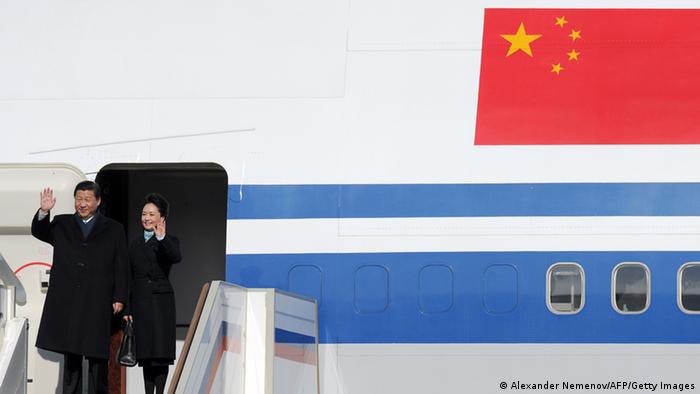 The trip - Xi's second to Latin America since taking office as head of state last year - follows a BRICS summit in the northeastern Brazilian seaside city of Fortaleza, where the leaders of Brazil, Russia, India, China and South Africa agreed to create a development bank and a crisis reserve fund seen as rivals to Western-dominated financial institutions.

The visit also comes as China's trade with Latin America has surged more than 20-fold from 12.6 billion USD in 2000 to 261.6 billion USD last year. As Beijing remains on the lookout for resources to power its growth Xi will pay state visits to Argentina - a key source of soybeans for China, oil-supplier Venezuela and long-time political ally Cuba, from July 18 to 23.

But while Xi's trip is focused mainly on closing business deals to satisfy China's demand for new resources, Beijing's economic and political support to these countries will come at a price, warns Víctor M. Mijares, professor of International Relations at the Simon Bolivar University in Caracas and Visiting Research Fellow at the GIGA German Institute of Global and Area Studies in Hamburg, in a DW interview.

DW: Xi's trip to Argentina, Venezuela and Cuba comes after the BRICS summit and the state visit to Brazil, how important is this trip?

Victor M. Mijares: It is very significant, not only for the host countries, but also for China as an emerging global power. China has a massive economy. It doesn't only have the world's largest population, but it is also the largest goods trader. However, it still lags behind the US in terms of projecting its military might. For instance, the US administration of President Barack Obama made the biggest naval shift to the Western Pacific since World War II: the so-called pivot to Asia. 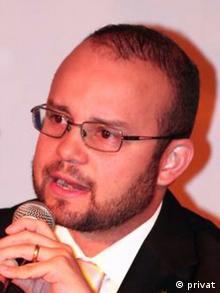 The fact that Beijing remains a secondary military force vis-a-vis the United States and its Asian allies is one reason why the Chinese government is seeking to break free of what it views as a siege operation by the US. At the same time, China is looking for raw materials, new sources of energy, and seeking to keep its dominant position in world markets by deepening economic ties with Latin America. Each of the three Latin American countries in Xi's upcoming tour of the region is of special interest to China.

China is Cuba's number-two economic partner after Venezuela. What is Havana expecting from its longtime Communist ally?

Havana was long isolated from Beijing due to the Sino-Soviet tensions during the Cold War. Following the collapse of the USSR, a new horizon of opportunities appeared for both single-party states. More recently, Raúl Castro openly declared himself a follower of the Chinese model, thus stating that a) Havana supports China's political rise, and b) Cuba's elite wants to evolve from an orthodox Marxist-Leninist state into a Deng Xiaoping-inspired state with a unique and strong ruling party on the one side, but also with the ability to introduce and implement key economic reforms.

As for China, the Xi-led government is looking with interest at the soft and controlled transition of power in Cuba. But at the same time it also has an eye on geopolitics and trade. With the projected expansion of the Panama Canal, Cuba's medium and long-term importance in terms of trade will grow.

Trade between China and Venezuela amounted to more than 19 billion USD with both countries signing several development agreements in the recent past. Are China's interests in Caracas purely economic?

Venezuela is currently China's number one debtor in Latin America, and Beijing's top supplier of oil in the region, with 6 percent of Chinese imports coming from the South American country. While Beijing and Caracas normalized bilateral ties forty years ago, China's economic rise coincided with the interest of the late Venezuelan leader Hugo Chávez in a multipolar world and his quest for autonomy through the diversification of economic, military and diplomatic ties.

At a summit in Fortaleza, Brazil, BRICS countries launched a slew of initiatives, including two new international financial institutions: A new development bank and a joint monetary fund. (16.07.2014)

Although this will be Xi's first trip to Venezuela as China's president, the country is not new to him. As Vice President Xi visited Caracas and established a personal relation with Chávez. Now Xi is coming back to a Venezuela led by President Nicolás Maduro seeking to deepen ties in an array of sectors including energy, public finances, military and air-space technology, as well civil construction. But Xi's visit to Caracas will not be limited to business deals. Caracas is also politically attractive to Beijing as Venezuela's foreign policy has been largely aimed at diminishing US influence in the region.

Xi's trip to the region also takes him to Argentina where he is expected to sign a series of trade deals. How can Argentina profit from closer ties with China?

In Argentina, Xi is set to focus mainly on geo-economic and geopolitical issues. Buenos Aires has been invited to be closer to the BRICS, and is already a G-20 member. Argentina's historically tense relation with the multinational banking system will also provide an interesting opportunity for Beijing - with its financial resources and increasing influence in the world financial architecture – to cement ties with the South American nation.

Beijing recently declared Buenos Aires a strategic partner, with nearly 10 percent of its soybean coming from Argentinian fields. But Xi's visit will not only focus on his country's rising demand for the crop as the Chinese are also interested in the country's shale gas. Vaca Muerta is one of the biggest shale gas deposits in the world, and China, unlike activists from the US of the European Union, has no problem with employing hydraulic fracturing, or fracking, to extract gas and oil from shale rock.

Politically, it is very likely that Xi will underline China's official position in the dispute between the United Kingdom and Argentina over the Falklands/Malvinas islands in the framework of anti-colonialism. He will probably try to link it to the ongoing Sino-Japanese dispute over the Senkaku/Diaoyu islands in the East China Sea.

How important has China become for Latin America in terms of political and economic cooperation?

China's rise is inextricably linked with the diversification of its global interests. Beijing has understood that it cannot play the role of a major military power while its technology lags far behind that of Western powers. However, Beijing is using the tools it has - outstanding economic productivity, vast foreign currency reserves and political cooperation without setting political or moral conditions - to quickly catch up. 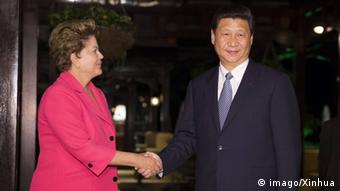 While Beijing and Brasilia may be partners within the BRICS, the two countries see each other as rivals in Latin America, says Mijares

For regional powers, Beijing represents a major partner offering short-term economic and political support at a relatively low cost. And there are several Latin American countries who serve as a good example of this strategy.

Is there a downside to cooperating with Beijing?

The Chinese approach hasn't gone down well everywhere in the region. Political and economic ties with China have also been interpreted as a part of the "Beijing Consensus," – or the Chinese economic model - a recipe for sustainable authoritarianism. Moreover, China's economic support doesn't come for free, as the requirements set by Beijing can also be costly and generate long-term commitments prone to limit the autonomy of the state.

It is also important to point out that the Chinese presence in Latin America is troublesome for Brazil in a regional level. Part of the problems confronted by Brasilia is linked to the fact that it has failed to establish regional hegemony in the continent. While Beijing and Brasilia may be partners within the BRICS, the two countries see each other as rivals in Latin America. This ambiguous relation with the regional power must be taken into account when trying to understand the relations between China and Latin America.

Víctor M. Mijares is Professor of International Relations at the Simon Bolivar University in Caracas, Venezuela. He is also Visiting Research Fellow at the GIGA German Institute of Global and Area Studies in Hamburg.