′Everyday racism′ weaves its way into welcoming Germany | Germany | News and in-depth reporting from Berlin and beyond | DW | 06.05.2015

While the PEGIDA movement has lost much of its steam, a spate of attacks on asylum seekers' homes across Germany reveals a worrying trend. Is a greater police presence the answer to creating a more open society? 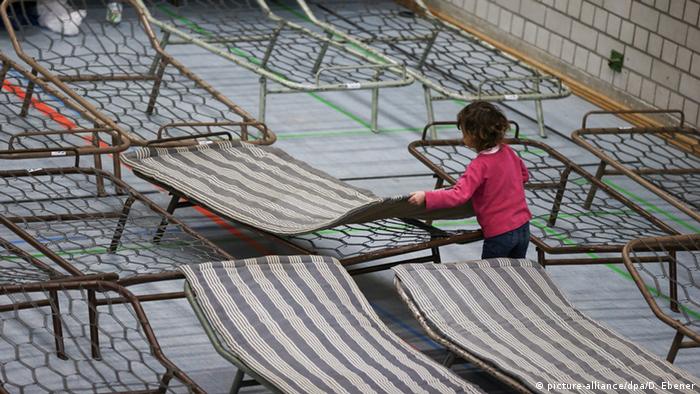 Figures released by Germany's Interior Ministry just two days before the 70th anniversary of the end of World War II in Europe are sobering. They reveal a "sharp increase" in right-wing violence, with 175 racially motivated attacks in 2014, as compared to 58 the year before.

"This development is worrying and has to be stopped," the minister said in a statement. "Germany is a peaceful, cosmopolitan country, and we want to live together in a peaceful, respectful environment."

That appears to be easier said than done. Just few months ago, PEGIDA, or the "Patriotic Europeans against the Islamization of the West," made international headlines with its roar of anti-Islam and anti-immigration sentiment. The movement's apparent reach sent a shiver through the more tolerant factions of German society and counter-demonstrations became the order of the day.

Although PEGIDA's popularity now appears to have waned to such an extent that it is almost referred to in the past tense, the group has left a bitter taste in the nation's mouth.

Germany prides itself on its willingness to accept more asylum seekers than any other EU country, and is, as Interior Ministry spokesman Harald Neymanns told DW "quite singular" in that respect. While the country enjoys international applause for that singularity, the rising incidence of related violence directed at refugees is indicative of a disconnect between idealism and realism. 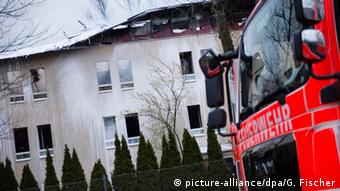 Asylum seekers' homes have been targeted by right-wing extremist attacks

The past month has seen a series of fires in buildings earmarked to house refugees. The violence is not restricted to one region, but is a nationwide phenomenon. The latest blaze occurred on Tuesday night, and inflicted an estimated 50,000 euro's ($56,000) worth of damage on unfinished asylum seeker's home in Rhineland-Palatinate. Until today, that had been considered the only unproblematic state in the country.

"Clearly that is not the case," Robert Lüdecke, spokesperson for the Amadeu Antonio Stiftung, a foundation working to eliminate neo-Nazism, right-wing extremism, told DW. "People are willing to take drastic measures to keep refugees away, and arson has become their weapon of choice."

He said more has to be done to ensure that those arriving in Germany - after what are often arduous and emotionally costly journeys - can live in freedom. That means making sure asylum seekers' homes are secure even before they move in.

"We need to create a welcoming culture," Lüdecke said. "If there are areas that are seen as being potentially more difficult for refugees, there should be a greater police presence."

Policemen on every corner?

Neymanns said that while it is clearly in everybody's interest to prevent attacks, "to put three police officers on the doorstep of every refuge would not be the answer, and would have an alienating effect." 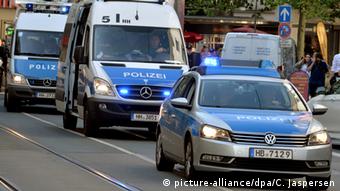 Ingo Decker, spokesman for the Interior Ministry in the state of Brandenburg, which has long been associated with pockets of neo-Nazism, said each home receives a tailor-made security concept, but that a constant police presence would be going too far.

"You have to realize that the vast majority of asylum seekers' homes are either never or rarely attacked. We're talking about a minority here," he said, adding that if a situation gets tense more police are brought in. "Mostly on a temporary basis."

The fact that this should be an issue, seven decades since the end of the war that saw Nazi Germany systematically exterminate 6 million Jews, regularly sparks outrage and comment both nationally and internationally. Yet an issue it remains. And there is more going on than the arson attacks that make the headlines.

Lüdecke speaks in terms of "everyday racism" to which asylum seekers are regularly exposed, and of a general feeling of not being safe in the country where they have sought shelter.

"Refugees are spat at, shouted at and insulted," he said. "One refugee reported having 'Ebola, Ebola' shouted at them, and many say sales staff don't want to touch their money."

Such scenarios, he conceded, are more common in smaller towns and rural communities where the population might be less attuned to the idea of a multi-cultural society. He also stressed the countless examples of Germans who go out of their way to make their country feel like home to all those who arrive at its door.

But while these efforts attempt to balance the picture, they do not address the problem, which is rooted in fear and ignorance. 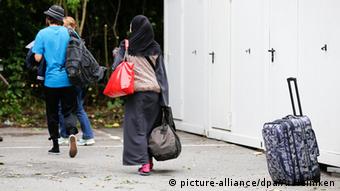 Many have fled unthinkable horrors to get to Germany

"There needs to be more of a debate about why refugees are coming here," the Amadeu Antonio spokesman said. "People need to understand they are not here because they want to tap into Germany's social welfare system."

He said he would like to see more support offered to new arrivals, and cited volunteer initiatives such as patrons for refugees as having a positive effect on both individuals and wider society. But he questioned the longer term viability of relying on volunteers to oil the wheels of peaceful, respectful society.

Decker said he the merit in dialogue, information and integration projects, adding that although the state of Brandenburg is doing enough to prevent against further attacks, none of it "guarantees a future in which there are no more attacks."