PEGIDA determining political debate in Germany | Germany | News and in-depth reporting from Berlin and beyond | DW | 12.12.2014

PEGIDA demonstrations are taking to the streets of Dresden every week to protest against the "Islamization" of Europe. Their aims may be muddled but they shouldn't be ignored, says at least one political analyst. 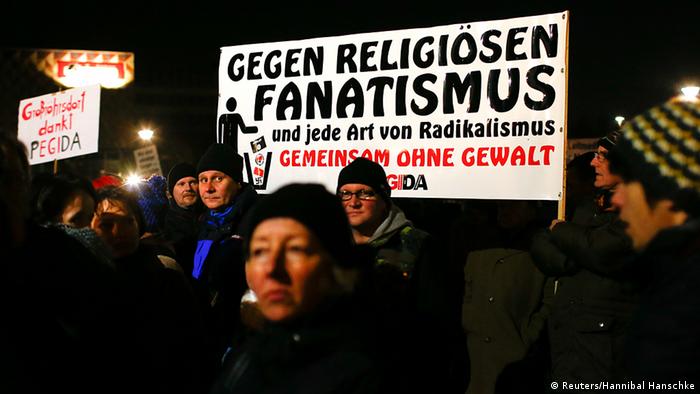 Some Dresdeners have updated an old East German tradition: The "Monday demos" that used to gather to protest against the Communist regime before 1989. In the past few weeks they been revived in the growing "PEGIDA" demonstrations against Islam. PEGIDA stands for "Patriotische Europäer Gegen die Islamisierung des Abendlandes" or "Patriotic Europeans Against the Islamization of the West," and associated demonstrations have sprung up in several cities around Germany - "Kagida" in Kassel, "Wügida" in Würzburg, "Bogida" in Bonn, and "Dügida" in Düsseldorf.

But nowhere have they been as successful as in Dresden, capital of the state of Saxony, where 10,000 people gathered last Monday (08.12.2014), along with an almost equal number of counter-demonstrators. As an organization, PEGIDA's online statements are benign: "EVERY human being, regardless of nationality or religion, is welcome!!!" the Facebook page reads, or "We want to preserve our free-thinking, our free and open lifestyle for ALL people living in Europe!" 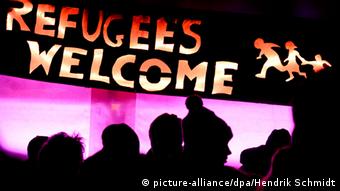 A number of counter demonstrators showed up in Dresden

Meanwhile, the statements about Islam are aimed squarely at extremist groups: "We will not accept any 'activities' of IS, PKK, al Qaeda, or whatever they're all called." That statement is odd not only because the PKK is a Kurdish separatist group whose ideology is not Islamist but leftist, but also because membership in any of these groups is already illegal in Germany, although they are active here.

While the initial demonstrations were against what PEGIDA called "religious wars" being carried out in Germany - after isolated fights between Kurds and Sunni Muslims were reported in some cities - the demonstrations have turned out to be about much more than "Islamization." Asylum abuse, the mainstream press, the preservation of German identity, and even the "early sexualization of children," have been favorite themes among the protesters.

Nevertheless, according to some political scientists from Saxony, these demos should be put in a different bracket than the "Hooligans against Salafists" demo that took in Cologne earlier this year. "If 10,000 people take to the streets, then this is something broader," said Werner Patzelt, founder of the Institute of Political Science at Dresden Technical University. "According to the police, there are 400 to 500 far-right extremists and violent supporters of a Dresden football club among them, but the majority are completely normal people. Of course, they're not people who usually vote Green, or the Left party, or the SPD [Social Democrats], but they're not extremists."

German politicians have generally reacted by condemning the campaign. Social Democrat Justice Minister Heiko Maas told Der Spiegel, "All political parties should clearly distance themselves from these protests. We can't be silent if a xenophobic atmosphere is being built on the backs of people who have lost everything and come to us for help: We have to be clear that the demonstrators are not the majority."

But not all parties have followed the minister's advice and no surveys have been conducted to determine just how many people actually support these demands. The populist right-wing Alternative for Germany (AfD) has shown a schizophrenic attitude. While party leader Bernd Lucke was quoted on Tuesday as saying that the demonstrations show that the concern about a spread of "radical Islamist thinking" were justified, his deputy Hans-Olaf Henkel warned of "xenophobic and racist overtones" in the demonstrations. 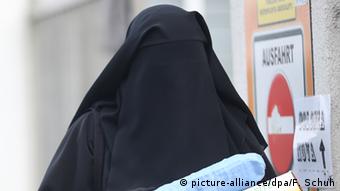 The AfD might well tread carefully when it comes to PEGIDA in Dresden, which became their political heartland when they entered the Saxony state parliament in August elections with 9.7 percent of the vote. The party - which initially defined itself as euroskeptic, but has become more and more nationalist in its short lifespan - is clearly eager not to be bracketed with the other political parties when it comes to immigration.

Despite condemnation from politicians, immigration and integration continue to dominate the political and media debate in Germany. Last week, the Christian Social Union, Bavarian sister party to Angela Merkel's Christian Democratic Union, proposed - and then retracted - a demand that immigrants speak German at home, while politicians in the CDU brought up the possibility of a French-style burqa ban once again.

But Patzelt thinks the politicians would do well not to dismiss the demonstrations. "The demand is a thorough debate about immigration policy," he told DW. "That hasn't been fulfilled yet. Superficial reactions, like the Saxon interior minister's suggestion to introduce a special police unit for foreigner or asylum seeker criminality, are useless. That doesn't touch the problem. What would be really helpful is an increasing willingness among local politicians to talk about these problems. There needs to be a discussion about what kind of immigrant policy the country wants - and what kind of integration policy is possible."

Confronting far-right is 'a task for society'

After a suspected arson attack on buildings intended to serve as refugee shelters in Bavaria, a German expert warns copycats may feel encouraged by a surge in angry protests against a perceived 'Islamization' of Germany. (12.12.2014)

Right-wing groups have organized protests with less politically extreme citizens to voice their concern over what they see as the Islamification of Europe. A counterdemonstration, however, was also joined in droves. (08.12.2014)