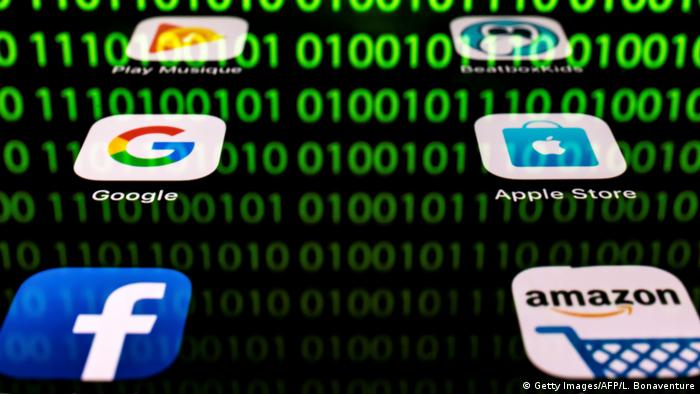 The aim, Breton told a Brussels press briefing Wednesday, was a series of directives to help make Europe the world's "No 1 data continent" alongside the supremacy of the US and China.

The bloc's strict privacy rules adopted in 2016 would still apply but with neutral brokers and tools based in the EU to share data, if wanted, supplanting Google, Facebook and others that make billions by selling services such as ads.

"European data spaces" would be created, where businesses, governments and researchers could store and access "protected" information.

That concept anchored in an EU Digital Governance Act would be followed by a Digital Services Act (DSA) and a Digital Market Act (DMA).

The framework would offer an "alternative model" to those operated by "big tech platforms," said Vestager, who wants the DSA used to require platforms to disclose "hate speech" and counterfeit produce to European regulators and remove it.

And existing giants would be required to disclose their algorithms (mathematical formulas) used to recommend online content, said Vestager. 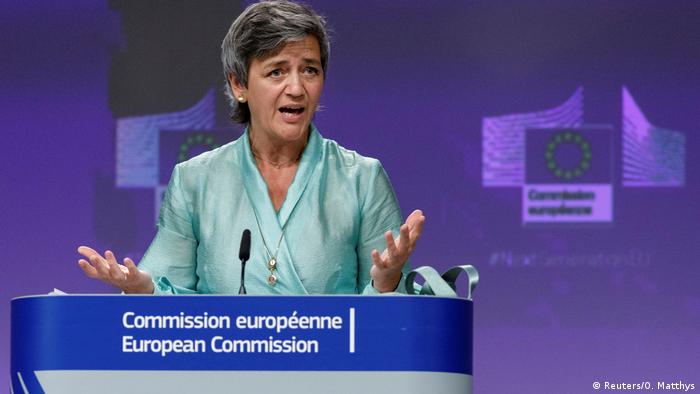 The framework would offer an 'alternative model' to those operated by 'big tech platforms,' said Vestager

Breton insisted that the EU would comply with rules of the World Trade Organization (WTO).

"To ensure that data can circulate, we need to have rules, which will build trust and confidence," said Breton, adding that sanctions would be included.

Forcing offenders into "structural separation" would be a last resort, he said.

Big tech companies seeking acquisitions might also be required to inform the European Commission of their intentions, Breton said.

Adoption of the package outlined Wednesday could take one or two years as the Commission negotiates with individual EU states and the European Parliament.

Read more: What is GDPR, the EU's data protection law?

The European Commission estimates the planned measures could increase the annual economic value of Europe's data sharing from €7 billion ($8.3 billion) to about €11 billion by 2028.

Benefits, it says, could range from personalized health treatments, to better tackling of climate change or the development of precision farming techniques.

EU regulators filed anti-trust charges against Amazon and opened a probe into its business practices. The online retail giant is accused of using data to gain an unfair advantage over sellers using its platform.

Data protection in the EU

US pulls out of tech tax talks 'provocation'