Europe, USA, Australia are burning: What can we do to prevent wildfire? | Environment | All topics from climate change to conservation | DW | 15.08.2022 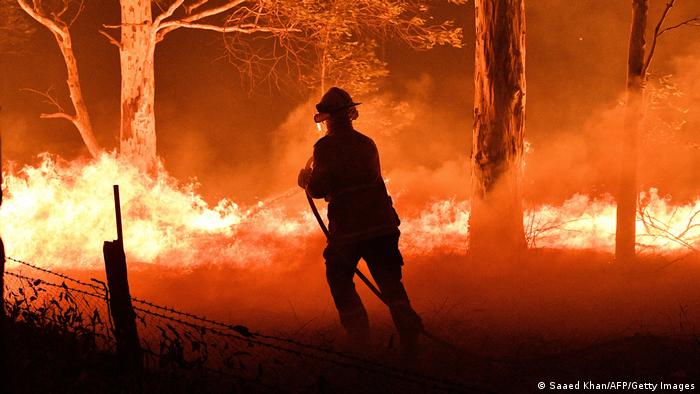 Fire has burnt through forests for hundreds of millions of years, but now unprecedented wildfires are burning hotter and longer, partly due to climate change.

Declining rainfall and longer droughts are making forests so dry that localized lightening can spark a small fire that transforms into an inferno before firefighters can limit the damage.

Such was the scale of the Australian Black Summer megafires of 2019-20 that burnt nearly 60 million acres (24 million hectares) that once fire-resistant wet forests are also going up in flames.

And as we continue to heat the planet by burning fossil fuels, those fires are set to worsen, endangering more people and wildlife.

"We are not on track to reduce risk now," said Hamish Clarke, senior research fellow at the school of ecosystem and forest sciences at the University of Melbourne in Australia. "We need to change course urgently and seriously reduce greenhouse gas emissions." 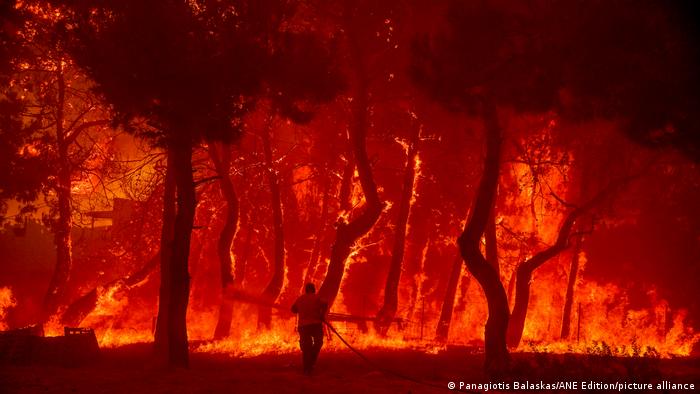 Wildfires in Greece in July: Without better prevention, these fires are getting out of control

Clarke co-authored a January article on bushfire risk in Australia that argued "climate change is exceeding the capacity of our ecological and social systems to adapt," and that fire management is now at a "crossroads."

Here are three key areas through which fire management is attempting to adapt to a new climate reality.

Controlled or "prescribed" burning of forest vegetation, most often in the cooler months, helps lessen wildfire hazards in the summer by reducing the amount of kindling available to fuel fires. In fire-prone nations like the United States, Australia, Portugal, Spain, Canada, France and South Africa, it's been a tried and tested fire management strategy for decades.

Also known as hazard reduction, these backburning strategies "are very effective at reducing the intensity and severity of fire," according to Victor Resco de Dios, professor of forest engineering at Spain's University of Lleida.

But to be an effective antidote, controlled burning under cool conditions, now needs to be done across a "very large spatial scale to become effective," said the forest engineer.

One problem with prescribed burning now though is that climate change has started to increase the risks.

After a controlled burning operation in New Mexico in May transformed into one of the worst wildfires in the state's history, US Forest Service chief Randy Moore announced a pause in planned burning operations in national forests across the country — even if this was a very rare case.

First Nations people in the US and Australia were using a form of controlled burning to reduce flammable vegetation for thousands of years before Europeans invaded.

That's according to the authors of a February report who also describe "the catastrophic risk created by non-Indigenous bushfire management approaches" whereby fire is less managed that suppressed during crises.

Since regaining ownership of native lands in the 1990s, Indigenous people have successfully practised traditional fire management in the Kimberly region of northern Australia during the cooler dry season.

Putting drones on the fire frontline

While prevention is the best cure, technology has become increasingly important when trying to suppress mega-blazes.

Satellites managed by the likes of NASA are already helping firefighters keep track of moving fires across the planet. More recently, however, drones are becoming a more localized high-tech fire suppression gadget.

A project underway in Finland, where 75% of the land is covered in forest, is making it easier to track emerging forest fires with the help of drones. 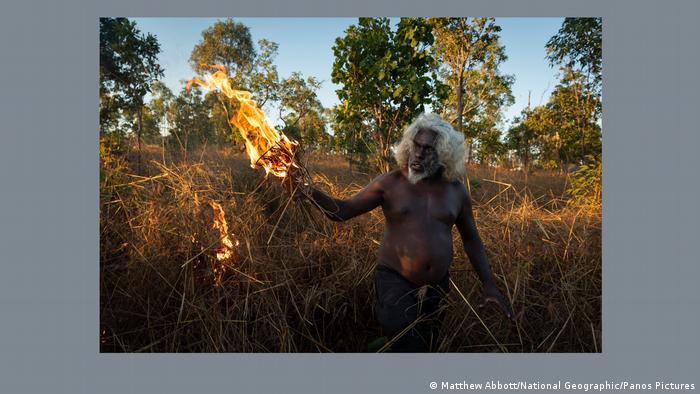 After 400,000 hectares of European forest burned in 2019, that number jumped by 25% the following year. Victor Resco de Dios expects that a hotter and dryer Central Europe and even Scandinavia "will start experiencing megafire in the next few decades."

"Drones can help us in providing real-time information on how the fire front is progressing, and how high and hot the flames are," said Eija Honkavaara in a statement.

As the drones provide remote data in real time, they are also fitted with sensors that can see through smoke to detect the exact scale of the fire.

The only catch is the need for a strong mobile internet connection in remote areas.

How to climate-proof forests

"Wildfires have been on Earth for 420 million years and vegetation is adapted to them," said Victor Resco de Dios.

Nonetheless, the endemic regenerative properties of forests may no longer be sufficient. Newly vulnerable forest ecosystems need to be adapted to frequent wildfires through the planting of more climate and drought resilient plant species, say experts.

"We must consider future climates and plant with species from drier places," said Resco de Dios. "That is, we should not plant with native species, but with those growing elsewhere in warmer locations, so they will be adapted to the climate of the next decades."

Following an inquiry into the Black Summer wildfires in Australia, researchers found that for over 250 plant species "effective regeneration" was becoming less likely due to the increasing frequency of fires across their habitat.

"We must consider that the climate will be unsuitable for many of the species currently growing by the turn of the century and start planning for that," Resco de Dios added.

This will require the close management of regenerating forests for decades after they burn. "If we just plant trees and then forget about them, we are planting the future wildfires," he said.

Firefighters in Germany are battling blazes in Brandenburg and Saxony after last week's heat wave. Over 700 people have been told to leave the area, with authorities planning further evacuations.

The Californian nature reserve is famed for its huge and ancient sequoia trees. Firefighters are trying to ensure that the woody giants don't succumb to the flames.

Soaring summer temperatures are fanning forest fires in France, Spain, Portugal and other countries. Thousands of people have been evacuated from their homes as firefighters seek to bring the flames under control.

Koalas eat toxic leaves but humans are their biggest threat 30.09.2022