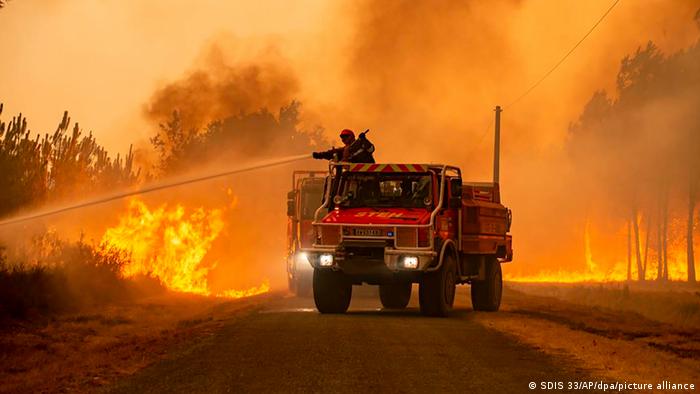 Europe is on course for record land destruction from wildfires in 2022, the AFP news agency reported Sunday, citing data from the European Union.

The warning comes as the continent experiences a severe summer heat wave and drought, which scientists say is a result of climate change caused by human activity.

How much land has been damaged?

Nearly 660,000 hectares (1,630,000 acres) of land have been ravaged by the blazes between January 1 and August 13, figures from the European Forest Fire Information System (EFFIS) showed.

The scale of the destruction would be the worst since records began in 2006.

"The situation in terms of drought and extremely high temperatures has affected all of Europe this year and the overall situation in the region is worrying, while we are still in the middle of the fire season," EFFIS coordinator Jesus San-Miguel told AFP.

Since 2010 there had been a trend towards more fires in central and northern Europe, with blazes in countries that "normally do not experience fires in their territory", he added.

They include Romania, Austria and Germany, the EFFIS data showed. 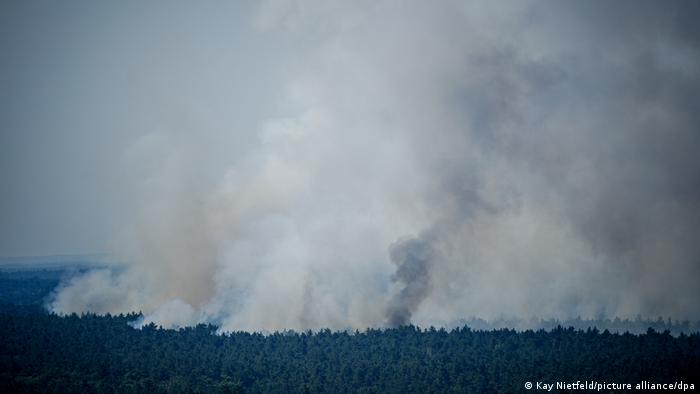 Wildfires are increasing in countries outside the Mediterranean high risk zone, including Germany

CAMS warned Friday that a large proportion of western Europe was now in "extreme fire danger."

CAMS said the daily total fire radiative power —  a measure of a blaze's intensity — was "significantly higher" than average in France, Spain and Portugal during July and August.

On Saturday, France said it had halted the spread of a huge wildfire near Bordeaux in the southwestern Gironde region of the country.

Over a thousand French firefighters were supported by teams from across Europe, as well as trucks and waterbombing aircraft, which continued to arrive Saturday.

Some 10,000 people had been evacuated from their homes and a stretch of highway was closed.

Large fire crews are still fighting blazes further north in Brittany, as well as in the Jura region in the east.

Portugal too said it brought a wildfire under control Saturday in the UNESCO-designated Serra da Estrela natural park, which had been burning for a week.

A wildfire that had been raging on both sides of the Czech-German border was put out on Friday.

Successive heat waves have sparked wildfires across Europe this summer, throwing the spotlight on the risks to businesses and livelihoods from climate change.

Both the heat waves and subsequent drought have had severe consequences for farmers and ecosystems already under threat.

The drought is causing a loss of agricultural products and other food at a time when supply shortages and Russia's war against Ukraine have caused inflation to spike.

Italy's popular Lake Garda is at its lowest level ever recorded, while the water level along Germany's Rhine River was at risk of falling so low that it could become difficult to transport goods — including coal and gasoline. Traffic has already slowed to a trickle.