Europe cooperates on gas, as Russia turns off taps to Poland and Bulgaria 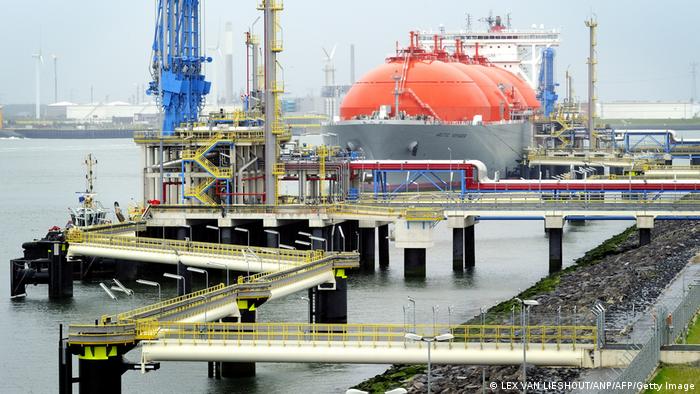 Unlike Germany, many other European countries already have LNG terminals

If Moscow continues insisting that gas deliveries be paid in rubles, EU members may increasingly find themselves cut off — as Poland and Bulgaria already have been. Next week, the European Union will discuss to what extent energy companies may circumvent Russia's rubles-for-gas requirement without violating the new sanctions regime.

Specifically, energy companies are considering transferring euros to Gazprom Bank, which then automatically transfers the money to a ruble-denominatedaccount.

Should tensions with Russia escalate further, Europe could face a dramatic shortfall in gas. What's the situation across the EU member states?

Rome is moving fast to wean itself off Russian gas imports. Last year, it imported 11.4 billion cubic meters of Russian gas, making Italy the bloc's second largest buyer of Russian gas. Rome wants to put an end to this dependency by mid-2023. For now, Italy seeks to halve its imports. To this end, Rome has agreed new gas deals with Angola, the Congo Republic and Algeria. The trans-Mediterranean pipeline connects Italy directly with North Africa. Italy is also eyeing gas from Qatar, Mozambique and Azerbaijan. 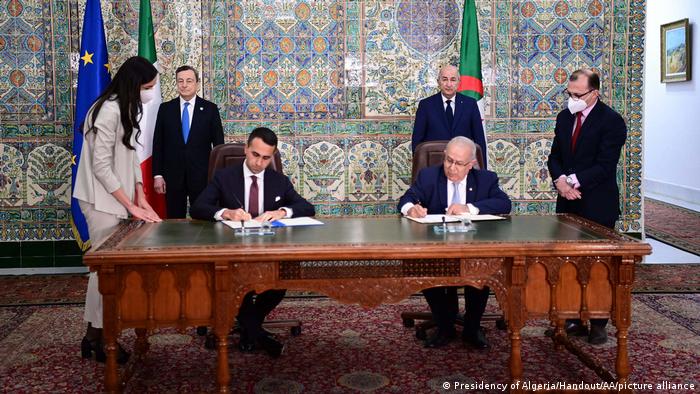 Italy wants to import liquified natural gas (LNG) from Angola. It already operates three LNG terminals and aims to build more — authorities plan to have a Sicily terminal operational by next year. On top of this, Italy is seeking to drastically reduce its overall energy consumption.

Greece could develop into a regional gas hub, supplying the wider Balkan region. This plan was originally hatched to reduce its dependence on Turkey; now, it could bring greater independence from Russian imports. The Trans Adriatic Pipelinewill play an important role in this context, as will future pipelines to Bulgaria and North Macedonia.

The decision to expand and modernize the Revithousa LNG terminal near Athens was made by Greek authorities before the war in Ukraine began. It is used to distribute gas throughout the country. The country is now planning to install two additional terminals in Corinth andAlexandroupoli. 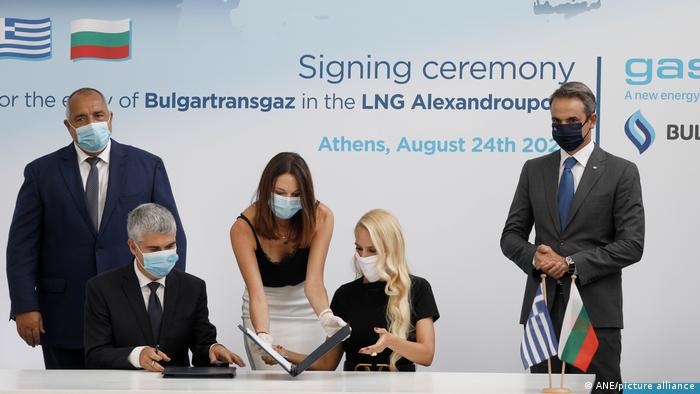 Greece currently gets 30% of its gas from Russia. Greece has decided to reduce its Russian has imports by two thirds and source energy from elsewhere, such as Azerbaijan. Greece also intends to tap into its own gas reserves to grow more independent.

Greece was the first country to offer Bulgaria help now that Russia has switched off its gas supply. It proposed sending LNG via Greek ports and the Turk Stream Pipeline, which ordinarily distributes Russian gas to Greece, Turkey and Bulgaria. Intense efforts are now underway to complete the pipeline between Greece and Bulgaria by July this year — it has been under construction for over a decade.

Greece expects Russia to halt its gas exports in late May, unless it pays in rubles, as demanded by Moscow. Authorities are preparing for such a scenario, though they do not expect shortages. Gas-fired power stations could, for instance, be temporarily switched to diesel.

Poland, too, will receive gas from its neighbors now that Russia has halted its gas deliveries. European energy ministers will meet in Brussels on Monday to draw up a solution. In the coming months, Poland could get gas via an almost completed pipeline from Lithuania. An additional EU emergency decree would see Germany pump gas into Poland should the need arise. In that sense, Russian gas would continue flowing into Poland, albeit through different channels.

Poland's gas reserves are three quarters full und lawmakers have made clear they intend to become independent from Russia by April. Prime Minister Mateusz Morawiecki has said Poland is "not under threat from [Russian gas] blackmail" due to his country's diligence. He praised the planned Baltic Pipeline which will connect Poland and Norway and should be operational by October, ensuring a sizable quantity of gas imports. 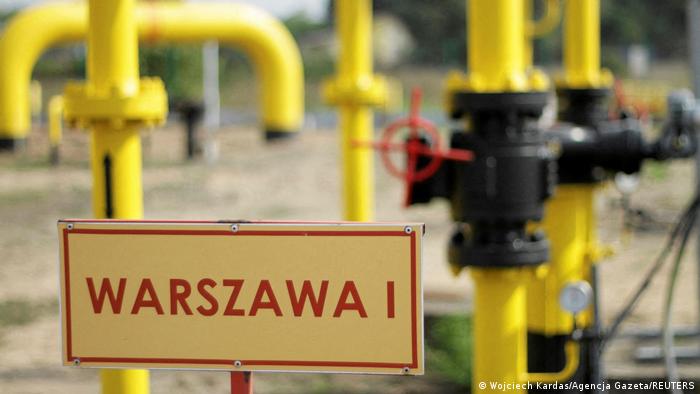 Russia already switched off its gas supplies to Poland

Poland has aimed to reduce Russian imports for a long time, with Poland's "energy tsar" Piotr Naimski telling Polish radio that becoming autonomous from Russian energy is his biggest goal.

"We are prepared, we can remain calm," he said.

Naimski, who serves in Poland's lower house, the Sejm, said he had wanted to wean Poland off Russian gas entirely by building a large LNG terminal near Swinoujscie, a northern pipeline and a new pipeline to Lithuania.

Poland sees itself becoming a regional gas hub, supplying its neighbors. Gaining autonomy in this respect has been a political project. Poland's governing right-wing populist Law and Justice (PiS) party saw ties with Russia deteriorate even before the Ukraine war. It feared Russia might use gas deliveries as a form of blackmail. It appears those concerns have been justified.

Hungary depends almost entirely on Russian gas and oil imports and refuses to change anything about this situation. Budapest so far also refuses to go along with envisioned EU sanctions targeting Russian energy exports. Prime Minister Viktor Orban, after all, maintains close ties with Russian President Putin. He has sought a delicate diplomatic balancing act since the war began.

France gets only 20% of its gas from Russia, making it less vulnerable. Paris has signaled an openness to go along with EU sanctions against Russia's energy sector. A pipeline linking it to Spain, and thus to Algerian gas or LNG sourced from further afield, however, is yet to be built.

Lithuania is leading by example and was the first EU member state to halt Russian gas deliveries once the war in Ukraine commenced. The small Baltic state gets its gas via a floating LNG terminal in Klaipeda, where shipments from Norway and other countries are offloaded. This capacity far exceeds its gas consumption, says Lithuania's government, meaning it could supply energy to neighboring countries.

Germany is the bloc's biggest importer of Russian gas, putting it under considerable pressure since Russia launched its war on Ukraine.

For years, EU figures and the US have warned about this dependency.

German energy minister Robert Habeck has said that his country could become independent of Russian imports by 2024. The country does not, however, operate a single LNG terminal. With regard to oil imports, Germany has indicted it is willing to go along with a European embargo.