The suspensions are the first since Russia insisted foreign buyers pay for gas in rubles. The EU accused Moscow of using gas as "an instrument of blackmail." 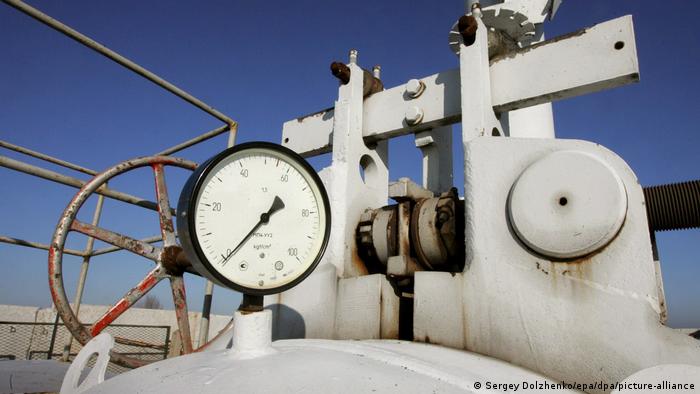 As of Wednesday, Gazprom will shut supplies to the Yamal pipeline to Poland because Poland will not fulfill the contract in rubles, which Poland argues is a violation of the contract

Russian energy giant Gazprom on Wednesday halted gas supplies to Bulgaria and Poland over a failure to pay for gas in rubles.

It marks Russia's stiffest reaction yet to sanctions imposed by the West over the conflict in Ukraine.

Gazprom said that it hadn't received payments in rubles since April 1 from Poland and Bulgaria and was suspending deliveries as of Wednesday.

"Gazprom has completely suspended gas supplies to Bulgargaz [Bulgaria] and PGNiG [Poland] due to absence of payments in rubles," Gazprom said in a statement. "Payments for gas supplied from April 1 must be made in rubles using the new payments details, about which the counterparties were informed in a timely manner."

German President Frank-Walter Steinmeier reacted to the announcement by saying it was a "blackmail attempt" by Russia.

"This is a breach of the rules on the part of Russia - this is a blackmail attempt," Steinmeier said.

"We cannot simply accept it, we have to defend ourselves against it," he added.

But both Poland and Bulgaria responded immediately to the development, saying Gazprom was in breach of contact.

He said Bulgaria would stick to the European Commission's stance urging countries not to pay in rubles for Russian gas, something Russian President Vladimir Putin had demanded.

"Because all trade and legal obligations are being observed, it is clear that at the moment the natural gas is being used more as a political and economic weapon in the current war," Nikolov said.

Polish gas firm PGNiG confirmed that Gazprom had "completely stopped" supplies via the Yamal pipeline, adding that customers of the company were still getting the fuel in line with their needs.

"Cutting gas supplies is a breach of contract and PGNiG reserves the right to seek compensation and will use all available contractual and legal means to do so," the company said.

On Tuesday, Polish Prime Minister Mateusz Morawiecki said that Warsaw had received notice from Gazprom of plans to halt gas shipments. Morawiecki made the announcement in Berlin following a meeting with German Chancellor Olaf Scholz.

"We have received threats from Gazprom that it will stop gas deliveries," Morawiecki said.

Morawiecki said Russia could be attempting to "blackmail" Poland, but noted that Poland had prepared by diversifying its energy sources. He noted gas storage facilities were 76% full.

Polish Climate Minister Anna Moskwa said that "there will be no shortage of gas in Polish homes."

"The announcement by Gazprom that it is unilaterally stopping delivery of gas to customers in Europe is yet another attempt by Russia to use gas as an instrument of blackmail," she said in statement published via Twitter.

"This is unjustified and unacceptable," she added.

Von der Leyen also said, however, that the EU had been prepared for Moscow's action and been working on securing alternative supplies.

"Europeans can trust that we stand united and in full solidarity with the member states impacted in the face of this new challenge. Europeans can count on our full support," she said.

Poland's PGNiG said in a statement it would continue to monitor the situation and is prepared to obtain gas from other connections thanks to a "government strategy of diversifying" sources.

Also on Tuesday, Bulgaria's Energy Ministry said state gas company Bulgargaz had received a similar notice from Gazprom. The ministry said it would take steps towards alternative gas supplies, adding that it is not necessary to limit gas consumption for the time being.

Bulgaria is almost completely dependent on Russia for its annual consumption. Bulgargaz said in a statement that it "fully met its obligations and has made all payments required under its current contract in a timely manner, strictly and in accordance with its terms."

Why is Russia suspending gas deliveries?

The gas suspensions are the first since Russian President Vladimir Putin said in March that "unfriendly'' foreign buyers
would have to pay Gazprom in rubles instead of other currencies.

Poland, and other EU countries, have refused to pay for natural gas in rubles, which Russia is demanding to stabilize and boost its currency in the face of Western sanctions.

European leaders have said requiring ruble payments is a violation of existing contracts with Gazprom.

"[The] Russian proposal for a two-step payment procedure is in violation with the current contract and bears considerable risks for Bulgaria, including to make payments without receiving any gas deliveries from Russia,'' the Bulgarian government said.

Poland has strongly supported Ukraine and has welcomed the largest number of Ukrainian refugees of any country as well as serving as a transit hub for weapons from Western countries into Ukraine.

Poland imports gas via its Baltic ports and also plans to receive gas from Norway after the 900-kilometer (560-mile) Baltic Pipeline project is completed later this year. Poland hopes Norway will eventually be able to supply roughly half the gas the country needs.

The Yamal pipeline which supplies Poland does not supply Germany.

Germany's network regulator said it was monitoring the situation and that "the security of supply in Germany is currently guaranteed."