Italy are yet to concede a goal from open play in normal time at Euro 2020 and go into Tuesday's semifinal against Spain as favorites. But, if La Roja are to break them down, then RB Leipzig's Dani Olmo will be key. 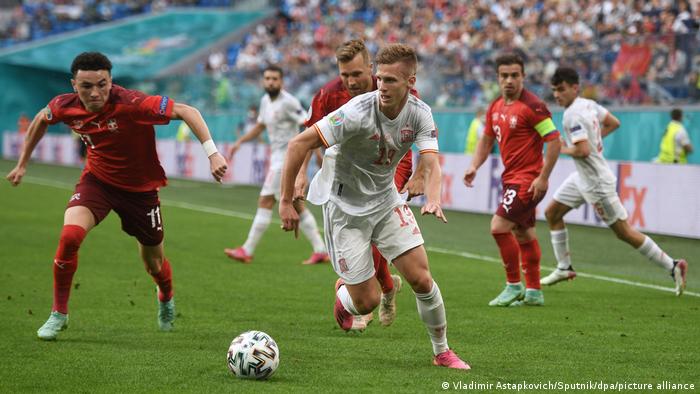 Despite losing his starting place, Dani Olmo has been key for Spain at Euro 2020

When Dani Olmo came off the bench against Croatia in the Euro 2020 Round of 16, he clearly had a point to prove.

The 23-year-old had paid the price for Spain's failures to beat Sweden or Poland in their opening two matches and had been dropped against Slovakia, with head coach Luis Enrique's decision seemingly vindicated by a 5-0 win.

Olmo started the last-16 clash with Croatia on the bench, as well, but he ended it as the most influential player on the pitch, setting up both of Spain's extra-time goals in a dramatic 5-3 win.

First, he picked out Alvaro Morata with a pinpoint cross from the right to make it 4-3 before repeating the trick three minutes later to find Mikel Oyarzabal. Both goalscorers looked to Olmo as they celebrated, and the RB Leipzig midfielder almost capped off his cameo with a goal for himself, but his 120th minute effort came back off the post.

In little over 45 minutes, Olmo had demonstrated the fine technique and eye for a pass that convinced RB Leipzig to pay Dinamo Zagreb €22 million ($26 million) for his services in January 2020 — a record fee for the Croatian giants.

He has since assisted 13 goals — and scored 12 more himself — in 61 games for the Red Bulls. Despite starting on the bench again against Switzerland in the quarterfinal, he looks almost certain to start the semifinal against Italy in place of the injured Pablo Sarabia. 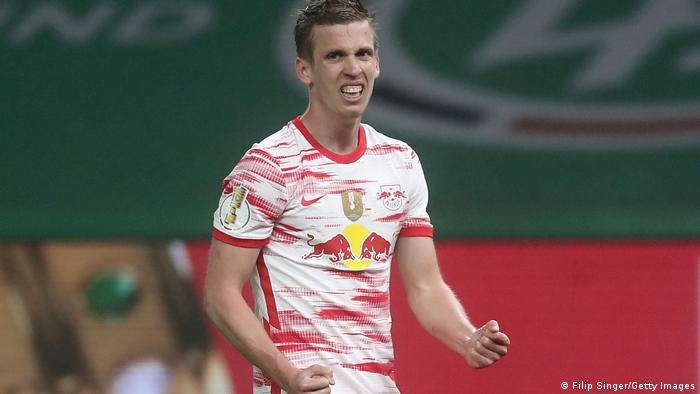 From Spain to Croatia to Germany: Dani Olmo in action for RB Leipzig

Dani Olmo: 'It's about the collective'

"I still feel like an important part of the team," he told Spanish outlet AS when asked about his substitute role in the last two games. "At the end of the day, you never know who's going to be the most important player at a tournament like this or who's going to score the deciding goal. It's about the collective."

Olmo's sense for the bigger picture and the greater good are values he learned far from the Spanish national team, far from the Bundesliga and indeed far from Barcelona's famed La Masia academy, where he played as a young teenager.

Having been released by the Catalans as a makeweight in a deal for Dinamo Zagreb's Alen Halilovic in 2014, Olmo quickly adapted to his new surroundings, learning Croatian from scratch and immersing himself in the culture and history of the country.

"It's crazy in Zagreb," his brother Carlos, who also plays in Croatia for lower league side NK Karlovac, told AS. "They love him, not just because of how he plays football but because of his character and his personality. He speaks perfect Croatian, accent-free."

In 2018, he visited the famous water tower in Vukovar, which was heavily damaged during the bloody battle for the town in 1991. Olmo posted a picture of the tower on his Instagram account, accompanied by a blue heart. He donates 1% of his wages to a charity that helps families and children who suffered from the conflict as part of the Common Goal project.

"The excitement on the children's faces when playing with us had a great impact on me," he told El Pais this week. "With Dinamo we used to go around to play football in villages where they didn't even had the resources to even be able to play football."

Italy favorites but without Spinazzola

On Tuesday at Wembley, he'll come up against a fellow Common Goal patron, the imperious Italian defender Giorgio Chiellini.

"It's a kind of project derby," quipped Olmo, but he knows that Spain have a serious task on their hands if they are to break down an Italian defense, which has yet to concede a goal from open play in normal time at Euro 2020. However, the Azzurri will be without impressive left-back Leonardo Spinazzola, after he ruptured ankle ligaments against Belgium, which could play into Olmo's hands.

"Italy always have that fighting spirit, even though they play differently these days," he said. "They are very aggressive, but we are prepared. We've managed to overcome all adversities so far, like against Croatia and Switzerland. If we continue like this, we will have a chance to go to the final."

If Spain are to do what Romelu Lukaku, Kevin de Bruyne and Eden and Thorgan Hazard couldn't for Belgium, then Dani Olmo's creativity will be key, as he showed against his adopted home country, Croatia.