Serbs and Croats still segregated in Vukovar′s schools | Europe| News and current affairs from around the continent | DW | 07.08.2018

Even 23 years after the Battle of Vukovar, a divide remains between Croats and Serbs in the city. In school, children are separated according to their ethnicity. Srecko Matic visited the eastern Croatian city. 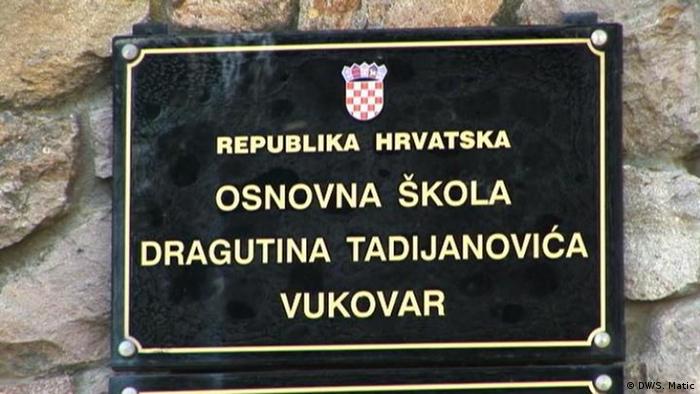 Kristina Islentieva and Filip Rutko attend the same school. They have the same teachers. Yet they live in different worlds. They barely know each other. Serbian and Croatian children don't go to class together in Vukovar: One group attends school in the morning, the other in the afternoon.

"Since we are in different shifts, we can actually only see each other at the weekend, or in passing when the Croatian shift enters the school building," the 13-year-old Islentieva said, adding that it seems that youths are being prevented from "meeting and spending time together."

Croatia's official school policy stipulates that lessons in the eastern region must be delivered in two languages and both the Latin and Cyrillic alphabets. The program is a consequence of the "peaceful reintegration of eastern Croatia," which formally ended in 1998.

Back then, politicians agreed to the program to better protect the cultural identity of the Serbian minority. Parents are free to choose which class their children attend. And they choose to separate. The students themselves appear to see it differently.

"I would immediately stop holding class in two shifts," said Rutko, 14, adding that the segregation deepens the feeling of difference between people. "If I were mayor, I would make sure that all schools have the same program, the same textbooks." 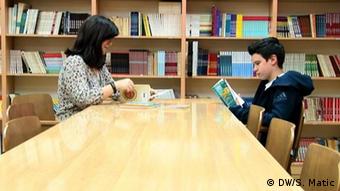 Separate classes, separate preschools, ethnicity-specific radio stations and even cafes that cater to separate cultures: The divisions are apparent in the baroque city two and a half decades after the wartime atrocities that accompanied the breakup of Yugoslavia.

During the three-month siege by Serbian troops in 1991, more than 2,000 people, many of them civilians, died. The rubble has long been cleared, but not all wounds have healed, said Dijana Antunovic Lazic, of the European House in Vukovar. The institutions work only for themselves, she said, adding that the same is true for the people: "In my opinion, the greatest problem here is the lack of dialogue that should be going on at all levels in the local government."

Politicians reject the idea that they have any responsibility for the divisions in their city. Parents just choose separate day care centers and school classes, according to the mayor's office. "These children function together, in clubs, in sports," Deputy Mayor Ivana Mujkic told DW. "Living together today is much better than in the past, and it starts with the little ones."

For their part, Lidija Miletic and the faculty and staff she works with at the Dragutin Tadijanovic primary school are attempting to better integrate the approximately 230 Croatian children and their roughly 90 Serbian schoolmates.

Miltetic's approach includes joint activities. After class, the school offers voluntary sports, acting, dancing, music and many other activities, she told DW. "Although students attend classes either in one language or the other, we are always a unit when we perform elsewhere and represent our school," she said. "We work together, like one big school."

Segregation isn't Vukovar's only problem. The city that once had more jobs than inhabitants is also struggling with the economic consequences of the war. Unemployment is high and in particular young, well-trained specialists are leaving.

Before the war, almost 50,000 people lived in the city. The number had dwindled to just over half of that by the time the last census was conducted, in 2011. People seem to keep to themselves, but they generally say the different ethnicities tend to get along.

The fact that people are slowly opening up to each other is in part thanks to educators such as Miletic, who spent the 1990s in Zagreb as a refugee before returning to her completely destroyed hometown. She believed in Vukovar's future, she said, adding that people move away, but they will also return.

"They are all citizens of Vukovar," she said. "People here lived 5,000 years ago — there's no reason it won't be like this in the future."

Dream of a career in arts

Kristina Islentieva would like to go abroad and become an artist when she grows up. Though she was born long after the war, it defines her everyday life "as if there were an invisible wall between us."

"I wish this wall would collapse so that everything would be normal and we could spend more time together," she said.

She is one of many in Vukovar who hope that someday the residents will truly live together, rather than just side by side.

Every day at 1830 UTC, DW's editors send out a selection of news and features. You can sign up to receive it here.