The European Union aims to cut its gas dependency on Russia by two-thirds this year, while committing to ending it entirely by 2030. Energy imports from Russia have come into sharp focus in the West in recent days. 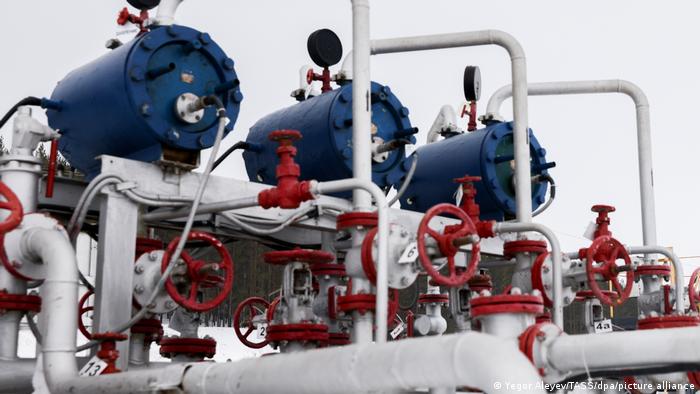 The European Union introduced new proposals on Tuesday that would see the bloc slash its dependency on Russian gas as the bloc reacts to the ongoing conflict in Ukraine.

A supplier that "explicitly threatens" the EU cannot be relied on, EU Commission President Ursula von der Leyen said in a statement.

The European Commission published plans to cut the bloc's dependency on Russian gas by two-thirds this year and end its reliance on Russian supplies of the fuel "well before 2030," said Executive Vice President Frans Timmermans. The EU needed to "dash into renewable energy at lightning speed."

The EU's executive body said it will do so by switching to alternative supplies and expanding clean energy more quickly under the proposals, which will largely be the responsibility of member states for implementing.

The executive said gas and liquefied natural gas from countries like the United States and Qatar could replace more than a third of the gas Europe gets annually from Russia this year. And by 2030, increased use of biomethane and hydrogen could also help.

New wind and solar projects could replace some of the gas demand this year, while tripling capacity by 2030.

"By the end of this year, we can replace 100 billion cubic metres of gas imports from Russia. That is two-thirds of what we import from them," Timmermans told reporters in Strasbourg. "This will end our overdependency and give us much needed room to maneuver."

Russia's invasion of its neighbor has injected a sense of urgency into this EU endeavor, not only because Russian gas reaches the bloc via Ukraine, but also due to fears that the Kremlin could cut off supplies.

EU aims to be independent of Russian gas 'within years'

In 2019, Russian gas accounted for 41% of the bloc's imports. Timmermans, who also heads up the EU's Green Deal, told the European Parliament on Monday evening that the proposals, which have been heavily revised in the days since President Vladimir Putin sent Russian troops into Ukraine, could make the EU independent of Russian gas "within years."

The EU is looking for new energy sources, in particular liquefied natural gas (LNG). According to news agency DPA, talks between the EU and major LNG purchasers such as Japan, South Korea, China and India have already begun, seeking to divert surplus supplies to Europe by sea.

On the eve of Tuesday's announcement by the European Commission, Russia's vice premier Alexander Novak hit back at the EU's attempts to throttle Moscow, saying it has "the full right" to impose an embargo on gas deliveries through the Nord Stream 1 pipeline in response to Germany's decision to halt the Nord Stream 2 project.

Novak said the Nord Stream 1 pipeline, which carries Russian gas to Germany via the Baltic Sea, is "utilized at a maximum of 100%." Novak also warned that a ban on Russian energy imports would have "catastrophic" consequences for Europe.

"Nobody will benefit from this," Novak told Russian state television. "Although European politicians are pushing us to this with their statements and accusations against Russia."

"Europe's supply with energy for heating, for mobility, power supply and for industry cannot at the moment be secured otherwise," Scholz said in a statement.

Russia is the largest supplier of natural gas to Germany, currently accounting for around half of imports, according to the government. Gas accounts for around a fifth of German power production. 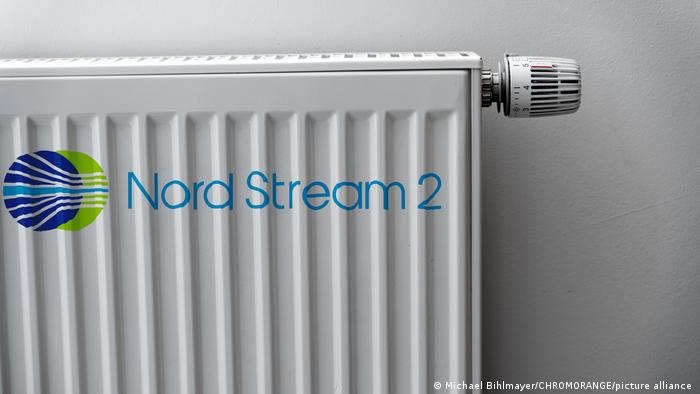 Germany imports 55% of its natural gas from Russia, but Chancellor Olaf Scholz has put Nord Stream 2 on hold

All sanctions options on the table, says Dutch FM

"No measures are out of bounds for the Netherlands, including energy," Hoekstra said.

"It's extremely important to take into account the position of all our European allies, some of them are much more dependent on oil and gas than the Netherlands. Others should be able to bear the burden as well," he added.

The Kremlin has warned that the price of oil could soar if the West steps up its economic sanctions against Russia by banning energy imports.

The Green Party politician has received widespread praise for how she is representing Germany in the face of Russia's invasion of Ukraine. On International Women's Day, DW looks at how she has exceeded expectations.