The EU will reportedly this week grant an 18-month extension for contested weedkiller glyphosate for its use across the bloc. Agricultural groups argue in favor of the herbicide, amid carcinogenic fears. 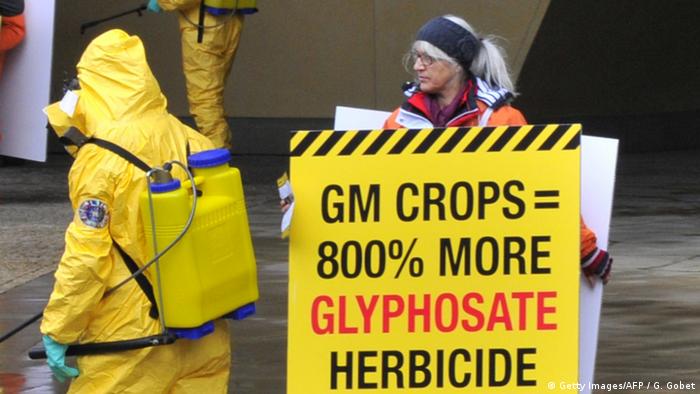 The European Commission is due to extend an EU-wide license for the controversial herbicide glyphosate this week, according to a top official.

During recent meetings, EU member states failed to resolve the issue on the weedkiller's future use. So the issue will now be decided by the European Commission, the EU's executive branch, which began formal proceedings on Tuesday to extend the license.

"We will adopt extension ... of glyphosate for 18 months," he said, after a meeting of EU agriculture ministers in Luxembourg.

Glyphosate is one of the world's most commonly active ingredients in weedkillers, but there are questions about whether it causes cancer.

During the next year-and-a-half the European Chemicals Agency will evaluate Monsanto's Roundup herbicide and similar weed-killers which contain glyphosate, and issue an opinion regarding their safety.

European capitals are deadlocked over the issue. While many EU governments favor license renewal, large member states such as Germany are undecided.

Agricultural and chemical industry groups support continued use of glyphosate, but environmental groups are concerned about its effect on human health and wildlife.