An EU vote on approving a limited license extension for glyphosate has failed to garner a majority yes or no vote. Health authorities are uncertain whether or not the controversial weed-killer causes cancer. 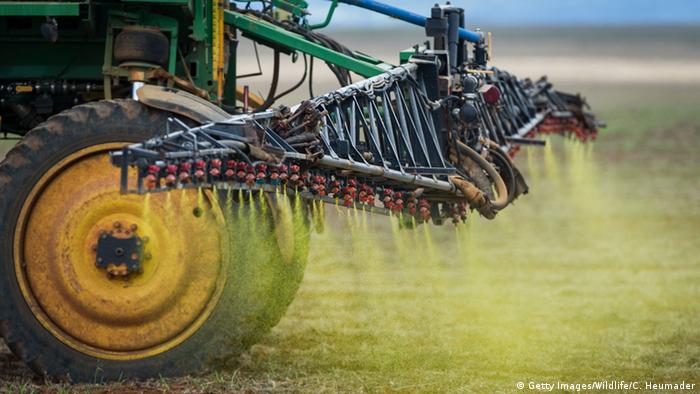 An expert panel comprised of European Union state representatives failed on Monday to achieve a majority for or against renewing the glyphosate license - which is currently set to expire at the end of June.

The European Commission previously suggested a limited extension of 12 to 18 months on the controversial pesticide to buy more time for the European Chemicals Agency to deliver its answer on glyphosate's carcinogenic properties.

The issue now moves on to an EU appeal committee. Should they also fail to find a majority, the decision on whether or not to renew glyphosate will be left up to the European Commission.

If no decision is taken on the license's renewal by June 30, products containing glyphosate like Monsanto's Roundup and other weed killers will have to be pulled from European shelves.

Although many EU governments are reportedly in favor of the license renewal, heavyweight states like Germany are staying quiet. The economic power player abstained from Monday's vote.

Chancellor Angela Merkel's grand coalition government is split over the issue. Merkel's Christian Democrats (CDU) are in favor of a renewal, while their Social Democrat (SDP) coalition partners oppose it, citing health reasons.

"Many member states want to first see the question of cancer risks settled before glyphosate can continue to be used on our fields," Hendricks said in a statement. "I very much hope that we will now enter into a serious debate."

Contradictory findings on the cancer-causing risks of the chemical have caused a dispute among EU and US politicians, as well as regulators and scientific researchers.

In March 2015, the World Health Organization (WHO) said glyphosate "probably" causes cancer in humans, adding that there was "limited evidence" that the weed-killer was carcinogenic in humans for non-Hodgkin lymphoma.

Another United Nation's study came to a different conclusion than the WHO report, while the European Food Safety Authority, an EU industry watchdog, has not been able to identify a cancer risk.

Should the license be renewed, each EU capital may still individually decide whether or not to allow products containing glyphosate.