The EU is about to vote on whether to relicense the world's most used pesticide, as debate continues to rage over whether it poses a risk of cancer. 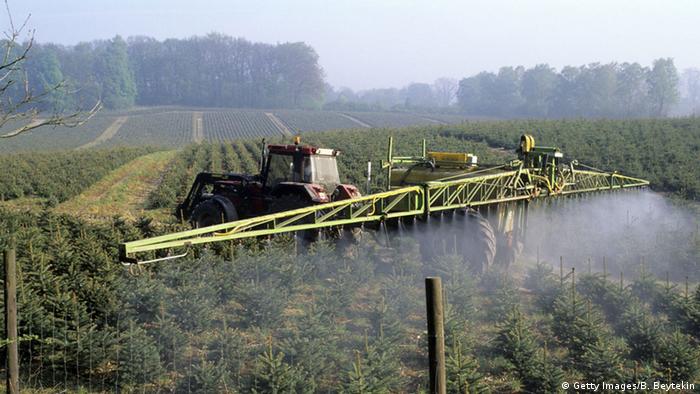 European Union member states are expected to vote Thursday on whether to relicense glyphosate, as protestors gathered in Brussels on Wednesday calling for the weed killer to be banned.

Glyphosate is the world's most heavily used herbicide and a major tool for modern industrial farming. But it is also suspected of causing cancer in humans.

Glyphosate's current license for use in the EU expires in June. If granted, a new license would sanction its continued use in Europe for another nine years.

While there are strong arguments that the weed killer poses a serious risk to biodiversity, the big question hanging over the extension is whether it is safe for humans who eat the crops that have been treated with the herbicide.

In March last year, the World Health Organization's International Agency for Research on Cancer (IARC) released a study finding that glyphosate was "probably carcinogenic to humans".

But just days ahead of the EU vote this week, United Nation's Food and Agriculture Organization (FAO) and the World Health Organization's (WHO) Meeting on Pesticide Residues (JMPR) concluded that "glyphosate is unlikely to pose a carcinogenic risk to humans from exposure through the diet."

The IARC's scientific study looks at how hazardous the chemical compound is, while the JMPR conclusion is based on a review of available literature and assesses the actual risk posed by ingesting the low quantities of glyphosate that make it onto consumers' plates.

The European Glyphosate Task Force (GTF), a consortium of companies backing the continued use of the herbicide welcomed the JMPR conclusion.

"As the GTF we welcome the constant reviews of glyphosate and reiterate that a high level scrutiny only contributes to higher protection for consumers and operators," said GTF chair Richard Garnett. 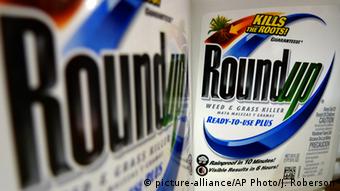 Monsanto, which markets glyphosate as Roundup, has also developed crops that are resistant to the herbicide

But environmentalists have questioned the JMPR's independence. Greenpeace said this week that two of the scientists involved in JMPR conclusions had close ties to the International Life Sciences Institute, which receives funding from companies including Monsanto and Dow, which manufacture glyphosate.

Glyphosate was developed by Monsanto, which has also developed genetically modified crops that are resistant to the herbicide.

Greenpeace added that scientists involved in the assessment by the European Food Standards Authority in November last year that said glyphosate was probably not carcinogenic, had refused to be named.

"The agencies contradicting the WHO cancer warning seem to either rely on officials who prefer not to be named, or lack a watertight policy to protect their impartiality," Greenpeace EU food policy director Franziska Achterberg said in a press release.

Which way Thursday's vote will go may depend on Germany's position – which remains unclear.

Germany had been expected to vote in favor to the extension. But last week, the Social Democratic Party (SPD), the junior partner in Germany's coalition government, said it was against relicensing the herbicide. 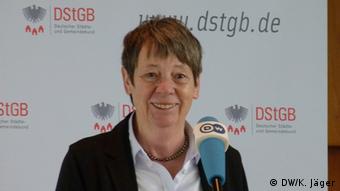 German environment minister Barbara Hendricks has said that Europe should act with caution, which is why her Social Democratic Party are against extending glyphosate’s licence

"That glyphosate has negative environmental impacts is proven… whether or not glyphosate also has health concerns is controversial," German environment minister Barbara Hendricks, (of the SPD) said, adding: "For good reason, in Germany and in Europe we follow a precautionary principal."

Agriculture minister Christian Schmidt reacted with irritation, saying he had "absolutely no sympathy for the backwards roll on the extended authorization of glyphosate."

If the German government cannot agree, it will have to abstain from Thursday's vote, making a majority vote in favor of the extension unlikely. That could leave the decision in the hands of the European Commission.

On Wednesday, Friends of the Earth Germany (BUND) delivered over 14,000 signatures to Berlin supporting a vote against the herbicide. BUND argues that the health risk posed by glyphosate is unnecessary, as farming practices that eschew the herbicide can be just as cost effective.

A YouGov poll published in April this year found that 70 percent of Germans were against the reapproval of glyphosate. 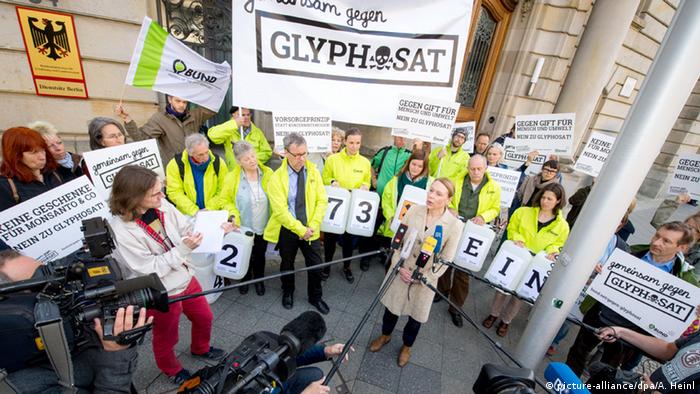 BUND delivered over 14,000 signatures calling for the German government to vote against renewing glyphosate's European license this week

France, Italy and the Netherlands have expressed opposition to the use of glyphosate, with the UK expected to be among those voting in favor of its extension.

The European Parliament had previously called for glyphosate's extension to be reduced from 15 to seven years, and to come with various restrictions, such as a ban on its private use, and in public parks and playgrounds.

Bu the current draft, while reducing the license to nine years, does not contain any mandatory restrictions on glyphosate's use.

In the US, Monsanto faces lawsuits from agricultural workers who claim to have developed non-Hodgkin lymphoma as a result of long-term exposure to Roundup, Monsanto's glyphosate-based weed killer.

Pissing contest over glyphosate in Europe

Members of the European Parliament are often known for their bluster - but this week they engaged in a literal pissing contest over a controversial vote on the weed killer glyphosate. (14.04.2016)