The inability of the European Union to break a deadlock this week over whether or not to ban glyphosate has left farmers - and a potential multimillion dollar agrochemical merger - in limbo. 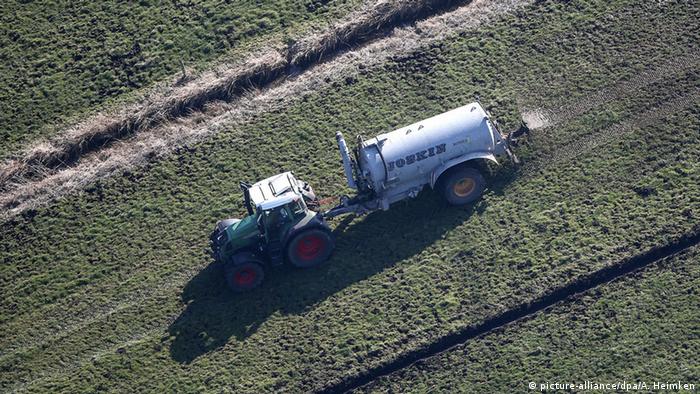 After failing to come to an agreement this past March, a committee of representatives from the 28 European Union member states met again on Thursday (19.05.2016) to vote on whether to extend the authorization of glyphosate - the most commonly used herbicide in the world - which is set to expire in the EU at the end of June.

But the committee could still not get a majority of countries for or against reauthorization.

According to EU sources, France is exerting strong pressure on other states to end the authorization, over concerns that the substance is linked to cancer. Germany's coalition government between Chancellor Angela Merkel's center-right CDU and the center-left SPD is split on the issue, and Germany has not taken a position for or against.

Franziska Achterberg, a campaigner with Greenpeace, says she believes the delay is a signal that member states are too concerned about the substance to back reauthorization.

"This is the second time the European Commission has failed to get the backing of EU governments for the reapproval of glyphosate," Achterberg told DW. "The commission has continued to ignore the concerns of independent scientists, politicians and European citizens," she added. 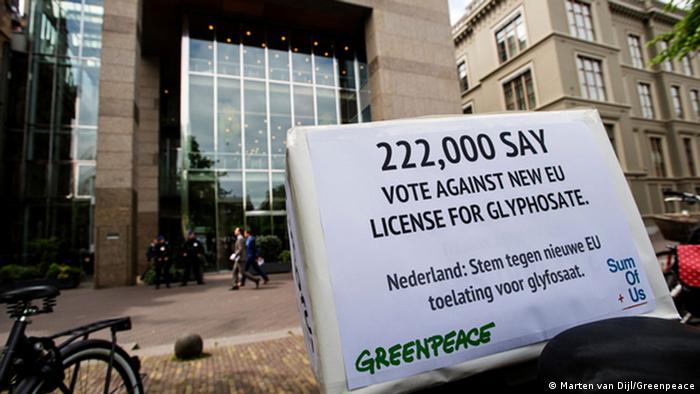 Citizens are concerned over the potential health effects of the herbicide

Although the failure to reach a decision this week has given hope to environmental campaigners, it has caused great alarm in the agriculture sector - particularly because farmers have become so reliant on the product, and there are few clear substitutes available.

Teresa Babuscio, secretary general of COCERAL - a European agro-supply association - pointed out that glyphosate is the most widely used herbicide in the world.

"Failure to reauthorize it would seriously jeopardize the supply of grains and oilseeds to the EU market, particularly vegetable protein sources for the poultry sector," Babuscio told DW.

The primary product using glyphosate as a weed killer is Roundup, produced by American agrochemical giant Monsanto. The company is in talks with German agrochemical company Bayer over a possible merger.

But, according to reports, uncertainty over the future of one of Monsanto's main products may be holding up these talks.

Pressure has been mounting on EU governments to ban glyphosate after a study released last year by the World Health Organization (WHO) identified it as a probable carcinogen.

That pressure increased last month after the European Parliament adopted a resolution calling for the substance to only be given a limited reauthorization while cancer links are investigated. 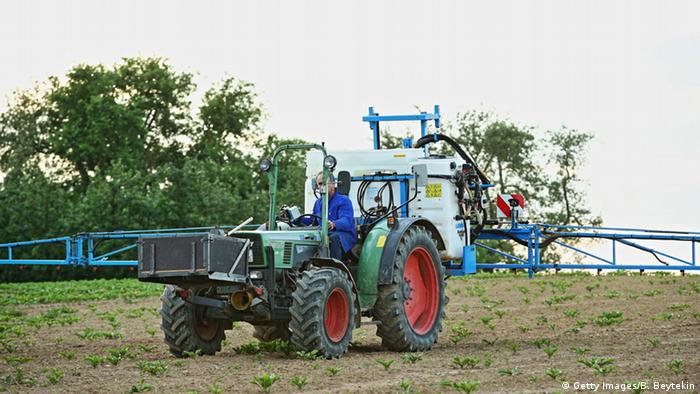 To add drama to the issue, members of the European Parliament provided urine samples to determine how much of the substance is in their bodies. All 48 parliamentarians with usable samples were found to have the substance in their systems - some with very high levels, as much as 17 times higher than average.

Despite the parliament's resolution, the European Commission put forward a final proposal last week that would reauthorize glyphosate for nine years with no new restrictions. But no majority for or against that proposal could be found among national governments this week.

"Representatives voted to oppose the approval of glyphosate where there are alternative methods - and, crucially, in the pre-harvest stage, and in public parks and playgrounds," said Bart Staes, a member of the European Parliament from the Greens in Belgium.

"It would be grossly irresponsible to reapprove glyphosate for nine years with absolutely no restrictions, as the Commission is proposing," Staes emphasized.

However, evidence suggesting that glyphosate is harmful has been disputed. The European Food Safety Authority (EFSA), the EU's food watchdog, has not established any risk. 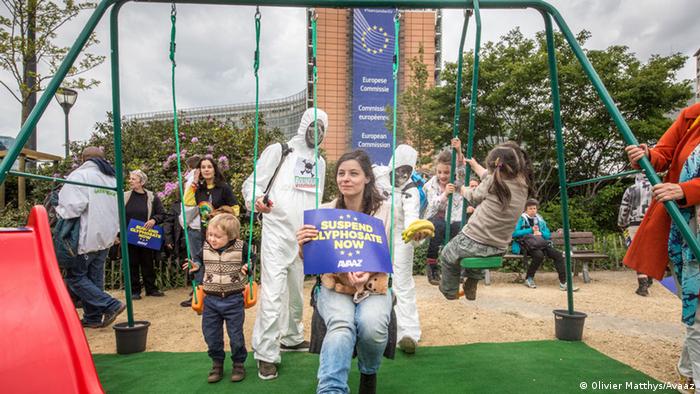 Many civil society groups favor a ban on the controversial substance

And earlier this week, a new United Nations-backed study found that the substance would most likely not cause cancer under normal exposure.

Monsanto has pointed out that even a WHO study from 2015, which found that glyphosate is "probably carcinogenic," only identified a hazard for the substance itself, but not a risk for its normal use.

But green groups have hit back against the new study by the UN's Food and Agriculture Organization, pointing out that the chairman of the group leads an institute that received a six-figure donation from Monsanto.

What's next for glyphosate?

The European Commission has not said whether it will push for another vote before the June 30 deadline. But according to an EU source, the committee will meet again within the next three weeks - and everything depends on what decision is taken in Berlin.

France, Italy, Sweden, Luxembourg, Austria and the Netherlands are the main countries opposing reauthorisation. Germany - which plays a key role as a economic powerhouse and major agricultural producer in the EU - has been on the fence.

If no decision is taken by the end of June, farmers will have to very quickly find alternatives to the weed killers they have come to rely on.

The EU is about to vote on whether to relicense the world's most used pesticide, as debate continues to rage over whether it poses a risk of cancer. (18.05.2016)