EU to beef up defense capabilities with ′Strategic Compass′ | Europe | News and current affairs from around the continent | DW | 23.03.2022

EU to beef up defense capabilities with 'Strategic Compass'

At a summit on Thursday, the EU is to release its concept to bolster security and defense policy. It will include plans for a defense force but not one that competes with NATO, DW's Bernd Riegert writes from Brussels. 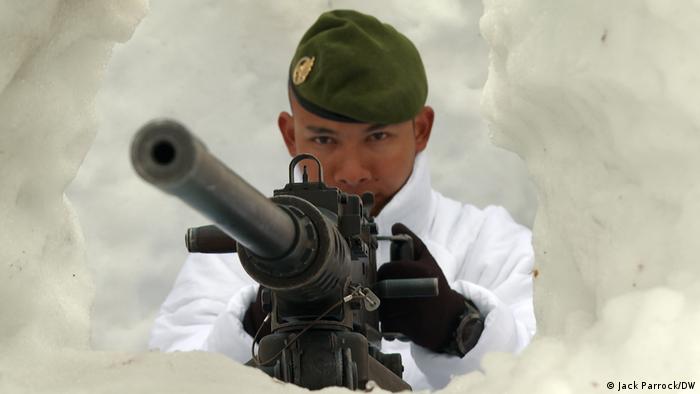 A NATO drill in the Arctic: The EU has historically relied on the NATO alliance for military assistance

For the first time, the 27 member states of the European Union have formulated their security interests in a joint concept and pinpointed which steps they want to take over the next three years to make the EU stronger and more independent.

"Europe must learn to speak the language of power," EU foreign affairs representative Josep Borrell said. The security document's title, "Strategic Compass," is meant in a literal sense as the 40-page paper takes a sweeping look at the entire globe. 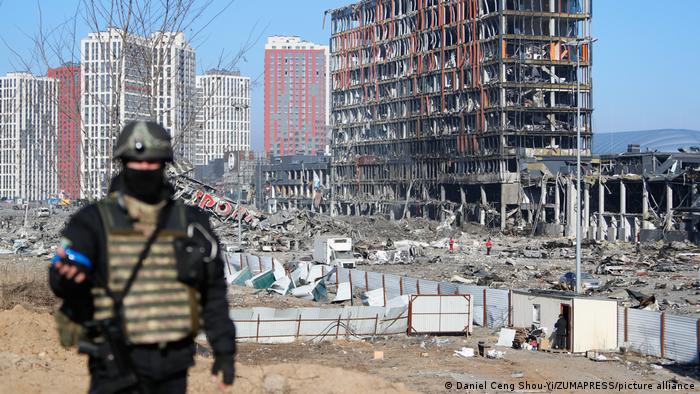 In particular, Russia, with its ongoing war of aggression against Ukraine, the conflicts in Georgia and Moldova, and the role of authoritarian Belarus, are identified as the main threats to the European Union. This is followed by China, the unstable situation in the Western Balkans, Islamist terrorism in Africa's Sahel region, regional conflicts in the Middle East, and a look at the Arctic, Indo-Pacific, and Latin America. In addition, there are threats from cyberspace and outer space.

Three years ago, when the idea for a "Strategic Compass" was being touted by French and German EU diplomats, isolationist President Donald Trump was still in the White House and French President Emmanuel Macron famously declared NATO, the Western military alliance, "brain dead."

Now the situation in Europe has radically changed. President Macron now says that "Russia has given us a wake-up call. I always considered that we needed a strategic clarification, and we are in the process of getting it," he said. NATO, Macron added, had received an "electric shock" when Russia attacked Ukraine. 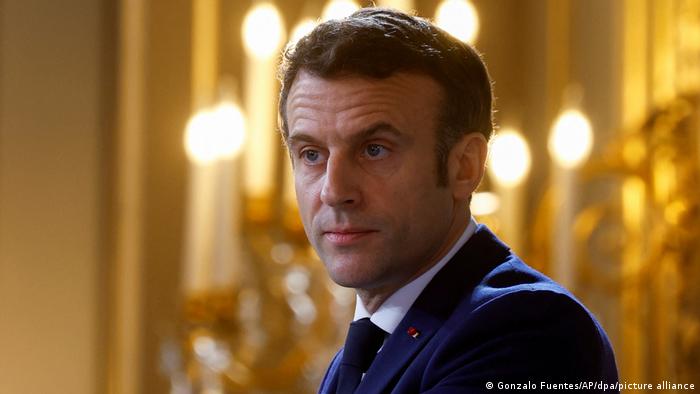 It has once again become clear to politicians and policymakers in the EU that Europe can only be defended with the help of NATO, that is, with its American allies.

That is the reason the EU's "Strategic Compass" is in no way competing with the NATO alliance, says Michael Gahler, MEP and foreign policy expert of the Christian Democratic Union group in the European Parliament. "Collective defense will have to continue to be carried out with NATO for the foreseeable future."

Josep Borrell, the EU's foreign affairs envoy, has also firmly spoken out in favor of NATO — 21 of the EU's 27 member states belong to the military alliance.

"Let me emphasize that this effort in no way contradicts Europe's commitment to NATO, which remains at the heart of our territorial defense," Borrell said.

In its strategy paper, the EU plans to set up a joint defense force of 5,000 soldiers by 2025, to better coordinate arms projects, and to harmonize the military budgets of member states, which are set to grow.

Joint projects could then also be subsidized from the EU budget. MEP Gahler describes the process thus: "First comes the analysis of what the threat is. Then comes the inventory of what we have. From this comes the conclusion of what we need."

According to Gahler, if the projects that already exist in the European Defence Agency (EDA) are properly implemented together, then there could also be money from the EU.

Germany has agreed to provide the core of the intervention force for its first 12 months. The deployment plan calls for troops from several EU states to "rotate," meaning they will not be stationed as one unit at one location.

"To me, frankly, that's thinking too short term. Germany comes forward and says, hello, I'm going to do this for a year. That is not what is needed," Michael Gahler says. Instead, he says what is needed is a permanent unit of 5,000 soldiers that carries out joint military exercises, is permanently stationed and can be deployed as a joint defense force.

Foreign policy expert Gahler can think of two examples of independent operations by the European Union.

For example, Bosnia-Herzegovina: If the pro-Russian, Bosnian Serb leader Milorad Dodik wanted to leave the state with his "Serb Republic," the EU could intervene. NATO might not be able to, he said, because Turkish President Recep Tayyip Erdogan has other ideas for the future of the state of Bosnia-Herzegovina.

"The moment Mr. Erdogan says no, recourse to NATO resources is blocked ... blocked because all decisions there must be unanimous. But we still have to be able to act if we think it is necessary," Gahler told DW.

A second example could involve the evacuation of European troops or citizens. In Afghanistan, last summer's hasty western withdrawal showed that the pullout would not work without the US, and that the EU was obviously unable to act alone. "To some extent, something like this is possibly looming when we withdraw from Mali. There, unlike Afghanistan, we don't have American aid workers. So it's important that we create our own opportunities," Gahler says.

EU and French missions are currently deployed against terrorist militias in West African Mali. France wants to end its involvement by June because of disagreements with the ruling military junta there.

This time EU may step up

The EU has been trying to build a joint defense force and pool its strategic resources for two decades. Josep Borrell is convinced that this time it's bound to work. Even if all 27 EU member states don't want to join in, a small group of willing members could still carry out a military mission on behalf of the EU. The "Strategic Compass" makes it clear that EU treaties allow for that.

"In navigating this increasingly competitive strategic environment, the EU must become a provider of security for its citizens, protecting our values and interests," Borrell says. "But to do that, it will need to act faster and more decisively when managing crises."

The EU heads of state and government are now expected to sign off on the plan. The shock of the war that Russia has brought to Europe will certainly help to that end, EU diplomats say.

Where does Europe stand on nuclear deterrence?

In the medium term, Europeans would also have to answer the question of how they position themselves on nuclear arms and deter Russia, according to Stefanie Babst. The London-based security consultant spent two decades in high-level posts as a NATO diplomat.

"The fact that our American allies still guarantee the security of Europe and its citizens does not feature in the "Strategic Compass,'" Stefanie Babst wrote in a statement for a hearing in the German Parliament on the EU concept.

"The EU wants to play along, to be heard, and to help shape things, but it does not mention an essential instrument of power: the Americans' nuclear security umbrella. The 'Strategic Compass' gives no indication whether and in what form the Europeans want to develop their own nuclear deterrent capability in the future, which logically would have to be based on the French Force de Frappe (French nuclear deterrence force, ed.)."

That will likely provide material for the next compass. A sequel is planned for 2025, according to EU diplomats.