EU security strategy gets an overhaul — but will it really be an upgrade? | Europe | News and current affairs from around the continent | DW | 16.11.2021

EU security strategy gets an overhaul — but will it really be an upgrade?

The European Union’s foreign policy chief has warned that "Europe is in danger." But his new recommendations must overcome political blockades to boost the bloc's ability to defend itself. 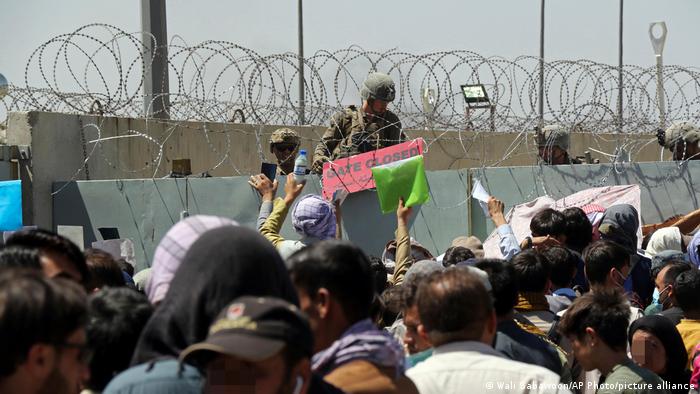 The chaotic evacuation process at Kabul Airport, impossible to extend without American support, prompted EU governments to get more serious about military autonomy.

"Europe cannot afford to be a bystander in a world order that is mainly shaped by others."  This longstanding lament is a key theme in the opening paragraphs of a document updating the EU's security strategy for the next five to 10 years. Shepherded by EU High Representative for Foreign and Security Policy Josep Borrell, it warns governments that current tactics and practices are inadequate to face an increasingly perilous future.

Named the "strategic compass," the plan promises to provide a streamlined assessment of threats and challenges and their implications, greater coherence and common sense of purpose, new ways and means to improve collective security, and measurement of milestones to ensure progress. 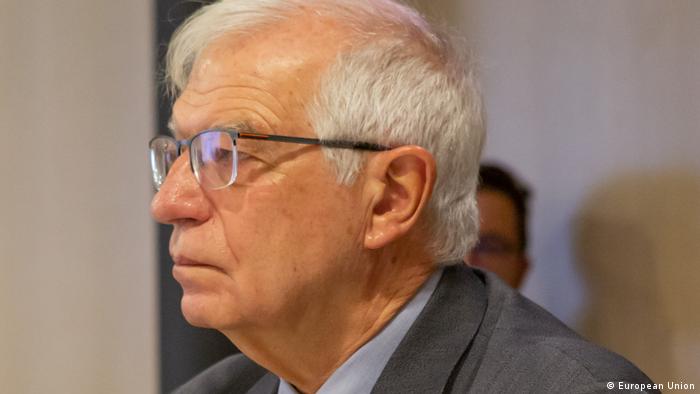 "Major geopolitical shifts are challenging Europe's ability to promote its vision and defend its interests," says a November 8 draft of the document, which has now been submitted to foreign and defense ministers and seen by DW.

Borrell says he will provide at least two more drafts of the plan incorporating governments' views between now and its scheduled approval at a March summit of EU leaders devoted to defense. The "more hostile security environment" requires increased capacity, resilience and willingness to act, the draft reads.

Kabul a kick in the teeth

That was painfully evident as recently as August when the Taliban returned to power in Afghanistan. European militaries acknowledged then that they were unable to secure Kabul Airport even for a day without the assistance of the US, which rejected allies' requests to delay its full departure.

'Failure in Afghanistan should not be cause for Schadenfreude'

This humiliation fueled added interest in one of the strategic compass' most eagerly awaited recommendations: the creation by 2025 of an EU "rapid deployment capacity" consisting of up to 5,000 troops.

Borrell envisions the bloc agreeing next year on how, when and where such a force could be sent — and from 2023, beginning regular live exercises of the force.

Niklas Novaky, a senior research officer with the Wilfried Martens Center for European Studies in Brussels, says the rapid-reaction capability could be a step forward if it doesn't meet the same fate as EU battlegroups, which have existed since 2007 but never been deployed.

But, Novaky notes, "We really have to wait until like next March to even see whether this proposed EU rapid deployment capacity will make it into the final document…because we know that not all EU countries are completely enthusiastic about it."

Novaky says he's disappointed that more attention is not paid to the security of supply and strategic stockpiling — "especially in the wake of the coronavirus pandemic, given the shortages that we witnessed last year and the shortages there are still witnessing in certain sectors," he says.

"This would have been fundamentally a positive thing to do."

But Novaky underscores the significance of other proposals as well, such as the "rapid hybrid response teams" to help deal with irregular threats such as Belarus encouraging the massing of migrants on its borders with Poland, Latvia and Lithuania. The document also urges more focus on malicious cyber activities and foreign information manipulation and interference. "We will ensure synergies and explore further avenues for counter-hybrid cooperation with NATO,” the draft says.

Letting 'coalitions of the willing' work

In 2023, after these capabilities are built up, the document envisions, governments will loosen the rules governing the implementation of Article 44 of the EU treaty — never before invoked — which would allow "coalitions of the willing" to act on the EU's behalf without requiring the participation of all 27 governments. 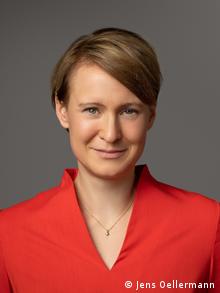 Jana Puglierin of the European Council on Foreign Relations says closer EU defense cooperation is hampered by a lack of trust between governments.

Allowing more autonomy for operations inside the bloc would be a crucial evolution, says Jana Puglierin, head of the Berlin office of the European Council on Foreign Relation, because she says it's still obvious throughout this document that member countries disagree on some of the most fundamental issues, including what or who is a threat.

Russia was not mentioned by name in the compass' section about the strategic environment the bloc must deal with. "I was really surprised," Puglierin says to DW about the omission; the reference to Moscow only came later in the "great power competition" section.

"It is somewhat odd that it's not mentioned but I think it reflects also kind of the difficulty that member states still have to find common ground on Russia and to embrace basically one coherent narrative," she says.

The compass describes the relationship with China — the EU's second-biggest trading partner after the US — as a necessary one to address global challenges but also a relationship that raises concern due to its "increasingly assertive regional behavior."

But not only is the EU split on who's an enemy, Puglieren explains, it's also divided on who are friends — and that's also a problem for acting together. Having participated in many discussions about the strategic compass during its drafting phase, she says she has heard time and again that "even a distracted United States" is trusted more by some EU governments than their own European partners.

"As long as this is the case," she says, "I think it's very difficult to move forward in an EU framework because the fundamental and underlying question that the compass has difficulties to solve is the question of trust."

Puglierin believes the strategic compass is an improvement on the last five-year strategy laid out in 2016 — but that "much more radical steps would be necessary, greater investments, more political will."

She says the gap is widening exponentially by the day between the threats the EU faces and its response.

"Other actors like China and the US are investing massively in new capabilities and technologies,” she notes. "The EU is falling behind."