Brexit isn’t the only topic that will be hotly discussed at the upcoming EU summit — issues such as top job posts, money and the bloc's expansion will also have to be addressed. But will there be any answers? 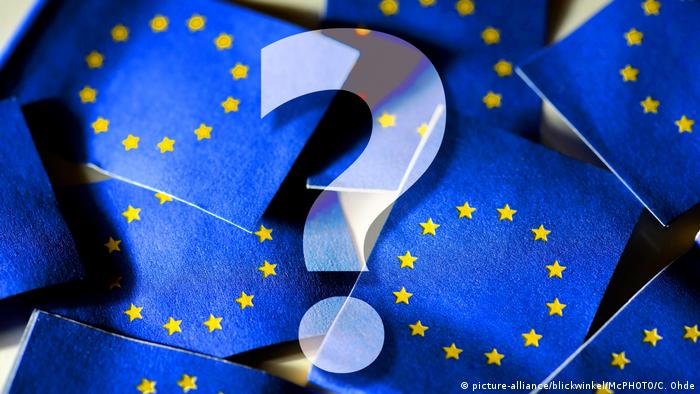 Even without Brexit, the European Union has enough problems on its plate to fill the agenda for its two-day Brussels summit, beginning Thursday.

"This is a very unusual summit because a lot of major issues are currently unresolved," an EU diplomat said before the start of meetings. "The only thing that is certain is that the summit will begin on Thursday afternoon."

Indeed, this time around the draft of the normally comprehensive summit declaration is only two pages long and consists mainly of headings with no content.

French President Emmanuel Macron is arriving in a rather insulted mood. His chosen candidate for one of the EU commissioner posts was recently rejected by the European Parliament — an affront for which Macron blames Ursula von der Leyen, the German president-elect of the European Commission. Macron, a liberal, and von der Leyen, a conservative, intend to meet on the sidelines to figure out which French candidates have a realistic shot at being confirmed. 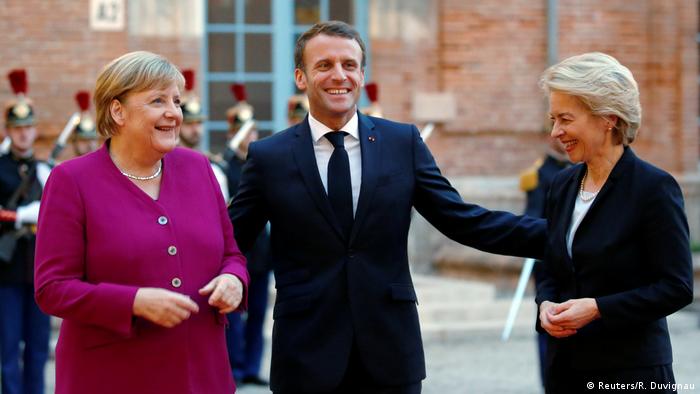 Merkel, Macron and von der Leyen will have plenty to discuss at the latest EU summit

Is the situation harming overall Franco-German relations? Von der Leyen is, after all, a close confidant of German Chancellor Angela Merkel. EU diplomats decline to comment. Many believe the rejection of Macron's pick, Sylvie Goulard, was revenge, exacted by Manfred Weber, who leads the conservative bloc in parliament. In July, Macron blocked Weber's ascent to the Commission presidency, suggesting von der Leyen in his place. Merkel, meanwhile, has sought to steer clear of recent personnel dust-ups.

Von der Leyen was set to replace Jean-Claude Juncker as European Commission president on November 1. Now, however, EU lawmakers have decided to delay the switch by a month, a parliamentary spokesman said on Wednesday.

Macron will also be on his own when it comes to the EU's eastward expansion. Merkel insists that she will make the case for opening accession negotiations with Albania and North Macedonia. Macron has vehemently rejected those talks, even though the European Commission, Parliament and almost all EU member states feel the conditions for starting negotiations have been met. It's not just a conflict between Macron and Merkel, but between France and the rest of the EU.

According to Macron, differences of opinion are part of every political partnership. He said that most recently in April, when Germany and France took slightly different lines on Brexit. EU diplomats, meanwhile, say they do not foresee Franco-German cooperation stumbling.

Friendship ends when it comes to money

There is no consensus at all, however, when it comes to money. EU leaders will fight passionately over the 2021-2027 EU budget, which has been in the works for seven years.

Britain's exit from the bloc will precipitate a massive gap in funding, one that will have to be made up for with spending cuts and increased contributions. France has so far argued that it will not accept cuts in farming subsidies. Germany wants more funding for innovation, migration and future spending. Net recipients are fighting against investment cuts to weaker EU regions, something that they generally profit from. Agreement on the budget framework likely won't come until next year, when Germany — by far the largest contributor in the bloc — takes its six-month presidency of the Council of the European Union. 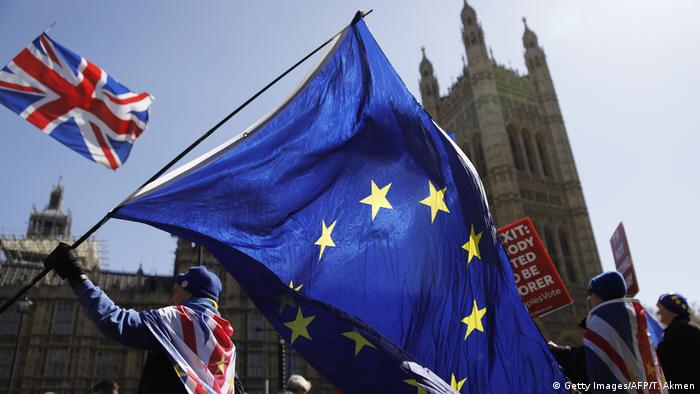 Brexit will precipitate a massive gap in EU funding

The decision by Turkey, an EU accession candidate, to launch a military offensive in northern Syria has been roundly criticized in the EU, with demands that Ankara pull back troops. Nevertheless, the bloc has not yet declared a unanimous weapons embargo against Turkey, a NATO member. Still, France, Germany and others have said they will not deliver weapons to Turkey in the future. The EU will not, however, take up France's proposal for economic sanctions. From the German standpoint, it is important to find a way to maintain support for Turkey in dealing with the more than 3 million refugees and migrants it currently houses. Berlin says the 2016 "refugee deal," which led to a rapid decline in the number of refugees en route to Greece, must be kept in place, despite threats emanating from Ankara.

One cannot expect decisions to be made at this week's summit, say EU diplomats. Still, they hope a clear political stance on how to deal with Turkey and with migrants can be articulated.

Negotiating teams are aiming to hammer out the legal text of a Brexit deal ahead of the EU's summit of leaders. Any potential deal they reach faces its toughest test at the political level. (16.10.2019)