The EU has adopted a new measure to stop Germany's very small parties from gaining seats in the European parliament. "Democracy is dead," one lawmaker proclaimed. 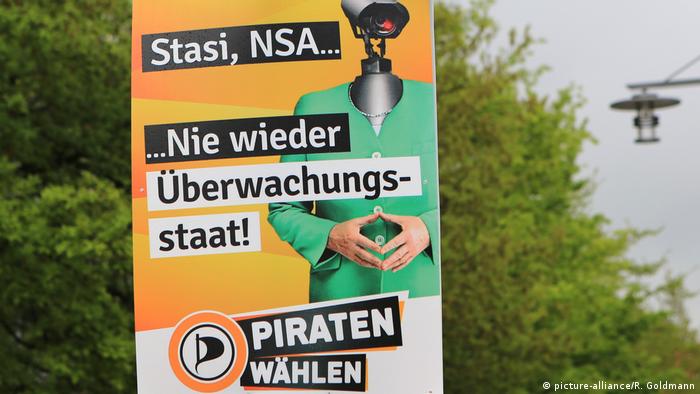 Beginning in 2024, extremely small German parties like the Free Voters, the Pirate Party and the neo-Nazi NPD will no longer be able to gain seats in the European parliament.

Although the decision had been tentatively agreed to months ago, with an eye to making European elections smoother next May, Belgium and Italy had remained as hold-outs. But now the law will not apply until the 2024 vote, due to an EU agreement that does not allow for any changes to be made to suffrage laws within a year of an election.

Currently, these very small parties occupy seven of the 96 German seats in the EU legislature.

"Operation successful. Democracy is dead," said European lawmaker Arne Gericke of the Free Voters, while Carsten Sawosch of the Pirate Party argued that the major parties were simply dismissing "millions of votes in order to get more posts for yourselves."

After 2024, parties will have to cross a 5-percent hurdle in order to gain seats in the European parliament.

How do parties get onto the Bundestag election ballot?

CDU and SPD will appear on the list automatically. But for small parties, qualifying for the German federal election ballot is harder. Step one: mail a letter of intent on time. Step two: prove you're actually a party. (01.05.2017)

A look at Germany's splinter MEPs, one year on

In 2014, Germany's highest court cleared the way for smaller parties to run for the European parliament. One year on, we're taking stock of this motley crew of lone-warriors, euroskeptics and a money-loving jokester. (25.05.2015)