EU Special Representative: ′We see a pattern of violations in Belarus′ | Europe | News and current affairs from around the continent | DW | 10.12.2020

EU Special Representative: 'We see a pattern of violations in Belarus'

Belarus has suspended the Human Rights Dialogue with the EU. Eamon Gilmore, the EU's Special Representative for Human Rights, talked to DW about what the EU can do and the possibility of an international tribunal. 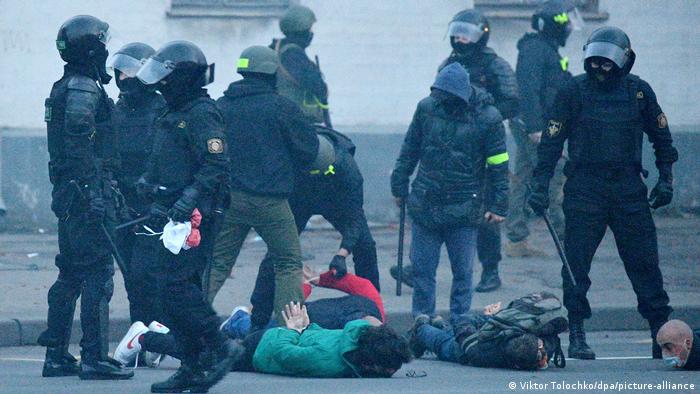 Belarus authorities have suspended the Human Rights Dialogue with the EU. It will remain frozen until the European Investment Bank (EIB) and the European Bank for Reconstruction and Development (EBRD) renew their financing programs for Belarus, said its foreign minister, Vladimir Makei. So what has the EU-Belarus Human Rights Dialogue achieved and how can the EU help to ensure that Belarus is held accountable for the repression in the country?

DW: In mid-November, the Belarus authorities announced their decision to suspend the Human Rights Dialogue with the EU. What has changed since then?

Eamon Gilmore: We haven't been notified of anything formally by Belarus. The European Union has these dialogues with more than 40 countries, and Belarus was among them. The last meeting was in July of 2019. A meeting was to happen in July this year, but it was postponed because of the COVID-19 situation. I saw the press reports that they intend to suspend this dialogue. But that decision will not prevent the EU from talking about the human rights situation in Belarus and taking action about it. The only thing that it will do is remove the platform whereby we can talk directly with the Belarus authorities about these issues. That, of course, is regrettable.

Are there currently any contacts between the EU and Belarus authorities about human rights?

There are no meaningful contacts. I have not had direct contact with the Belarus authorities since the August 9 elections. The EU's High Representative, Josep Borrell, has spoken with the foreign minister and made the EU's position very clear to him. But we have not had an opportunity to have a sit-down meeting and a direct engagement with Belarus on these issues. 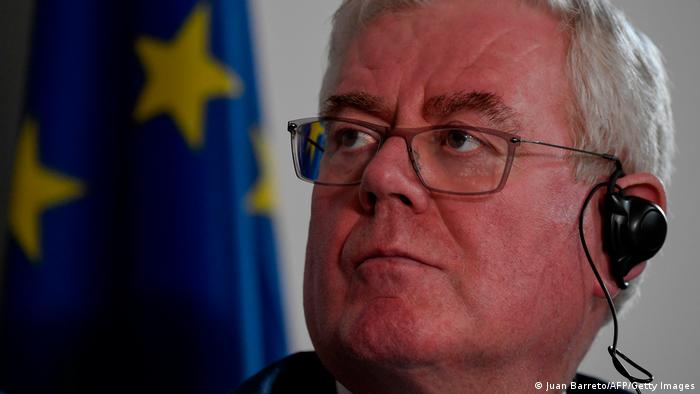 So which channels are left for the EU to talk to the Belarus authorities?

We would welcome opportunities to talk to anybody in Belarus that can help bring about an end to the violence and the suppression of peaceful protests. If the authorities are not willing to talk about it, we will still do it through public diplomacy, through the multilateral organizations. The European Parliament is very active.

Until the elections, we had a reasonably good engagement with Belarus on human rights issues. The Human Rights Dialogue was working. There was some incremental progress on some issues.

Could you give a couple of examples?

For example, in relation to children's rights, particularly children in institutional care and children with disabilities. We saw some progress on domestic violence. There was no significant progress on issues like freedom of assembly and freedom of expression, on civil and political rights. The death penalty was an issue that we discussed regularly with Belarus. It is the only country in Europe that still has the death penalty in operation, and we have advocated that it should be ended. We saw some reduction in the number of executions. Of course, that's far short of what we look for, which is the complete abolition. But this incremental progress on human rights issues led to an improvement in the EU-Belarus relationship.

But of course, all of that changed with the falsified election results. What we have seen since August 9 is a serious deterioration in the human rights situation. 30,000 people arrested, 900 peaceful protesters against whom charges have been brought, whereas we haven't seen a single charge brought against the perpetrators of the violence against protesters or the sexual violence.

Which means does the EU currently have to monitor the human rights situation in Belarus?

Most recently, there's been the report of the OSCE Moscow mechanism (allows participating states to send missions of experts to assist on an issue pertaining to human rights - the ed.). Twelve of the EU's member states were part of the group of 17 countries that triggered the mechanism. And we have a very comprehensive report which is documenting very clear violations of human rights.

Yes, but they were still able to produce a report which showed, for example, that there were 500 documented cases of torture. This is not a small matter. This is not some slight error in detail. There might be some argument about some of the numbers or some of the precise detail, but there is no doubt about the consistent pattern of what we are seeing in Belarus: it's a serious deterioration in the human rights environment. It is a denial of democratic rights to the people of Belarus.

The European Parliament has called on the EU to help establish an international investigation of human rights violations and criminal acts of the regime in Minsk. What has the EU done so far?

The principal thing that the EU has done is the resolution that it spearheaded at the Human Rights Council which is the dedicated United Nations body. There it called for an investigation by the UN High Commissioner for Human Rights of the violations of human rights which are taking place in the country.

Is an international tribunal against those who are torturing and beating people, who have committed all this violence against peaceful protesters realistic?

Yes, it is possible for an international tribunal to look at all of these issues. But international tribunals generally work on the complementary principle. In other words, they are triggered and act only in circumstances where the state itself is either unwilling or unable to act and to bring these people to justice.

Is this tribunal possible as long as Alexander Lukashenko remains in power?

Any time there is a violation of human rights law, there has to be accountability for that. That accountability in the first instance should come from within the state. If it doesn't happen within the state, then alternative means, perhaps through some international mechanism, have to be found. But the immediate issue is that this continuing attack on peaceful protesters has to end. And the evidence has to be collected about those who are responsible for torturing or sexually assaulting people.